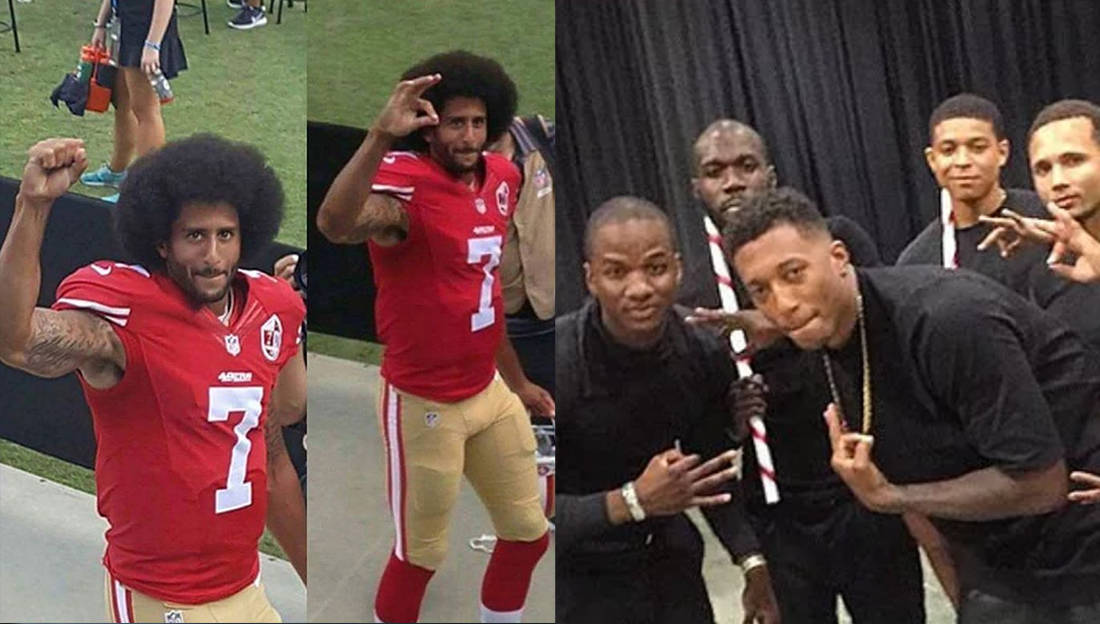 With the video of another unarmed black man being shot and killed by police officers being released today, many are pointing toward the fact that this is exactly why athletes across the United States have chosen to kneel during the National Anthem.

Kappa Alpha Psi’s Colin Kaepernick has caught a lot of flack over the protest that he is credited with starting and people who have joined him in protest including his very own Kappa Alpha Psi chapter brother, Bronco’s player Brandon Marshall, have lost sponsorships due to their protest of the treatment of African-Americans in the United States.

After news of the shooting and eventual death of Terence Crutcher was released, Grammy Award-winning rapper Lecrae, who also happens to be a member of Kappa Alpha Psi, took to Twitter and poetically pointed out the hypocrisy of what is currently happening in America. In his tweet, he points out the fact that the press and public seem to go crazy when someone protests the anthem but as soon as someone gets shot, people seem to not care.

This is what he tweeted: 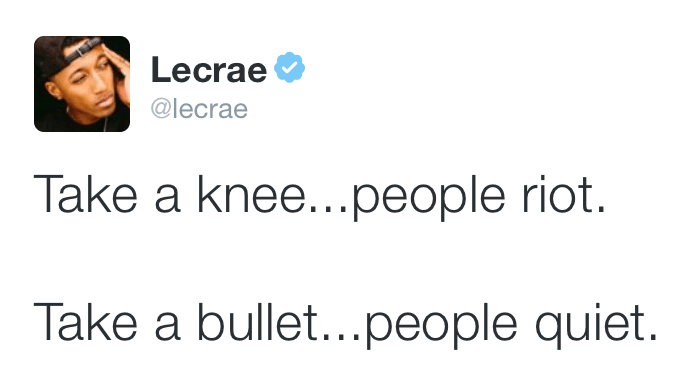 This is not the first time the gospel focused rapper has pointed out the inequalities and inconsistencies of race and class in the United States. Check out his thought provoking “Welcome to America” song and music video.