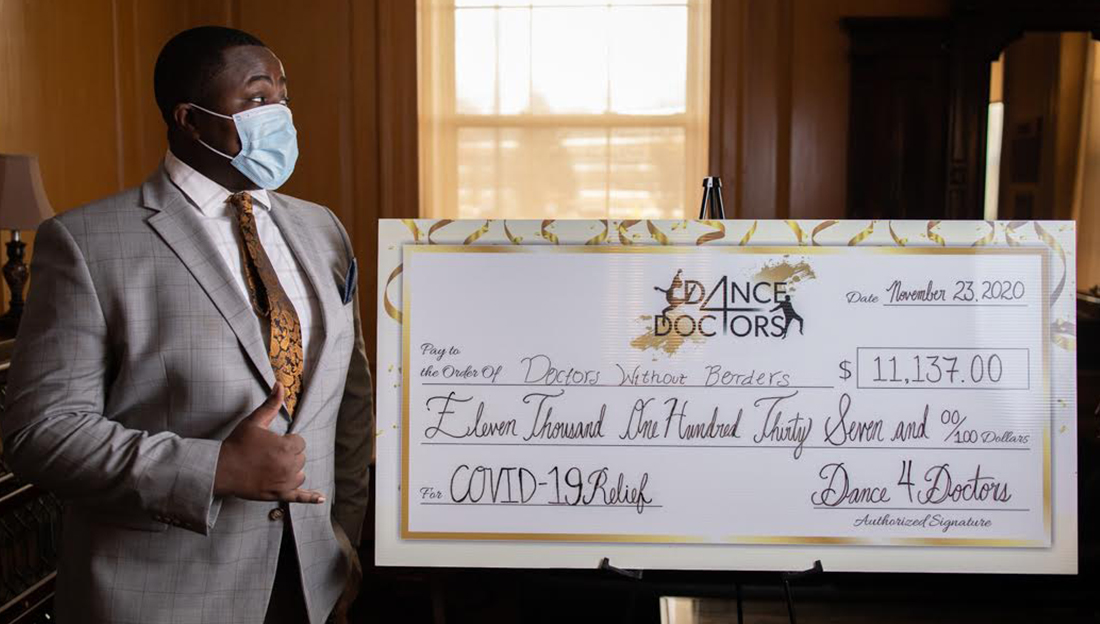 In light of trying times due to the COVID-19 pandemic, Stevie Tchako a Fall 2018 initiate of the Pi Pi Chapter of Alpha Phi Alpha Fraternity, Inc. came up with a new initiative to say thanks to the essential workers on the frontline of the pandemic that has raised $11,317 for Doctors Without Boarders.

In April, Tchako, a 2020 pre-med graduate of Union College, came up with an the idea to create the Dance4Doctors competition to support the medical organizations.

His Dance4Doctors competition took place on Instagram with the goal of increasing relief efforts and addressing the lack of funding and supplies that many communities are facing regarding the healthcare system.

For the competition, participants posted videos of themselves or their group dancing with the hashtag #Dance4Doctors. Audience engagement then determined their donation to their chosen cause with 20 Cents per like and 25 Cents per comment.

“Our initial target goal was $7,000 but thanks to our persistence and determination, we have raised currently $11,137,” Tchako told Watch The Yard in an email. “A special thanks to the President of Albany Medical Center, Dr. Dennis Mckenna as they donated $2,670 to this campaign and joined us as our first official sponsor!”

The contest garnered nationwide and international attention. Submissions came in from all over the country with locations such as Virginia, Arizona, New Jersey, California, Georgia, Florida, Pennsylvania, Massachusetts, Delaware, and the state of New York. There were also video submissions from the Dominican Republic and Accra, Ghana.

We at Watch The Yard would like to commend Tchako for his initiative and dedication to supporting doctors during these trying times.