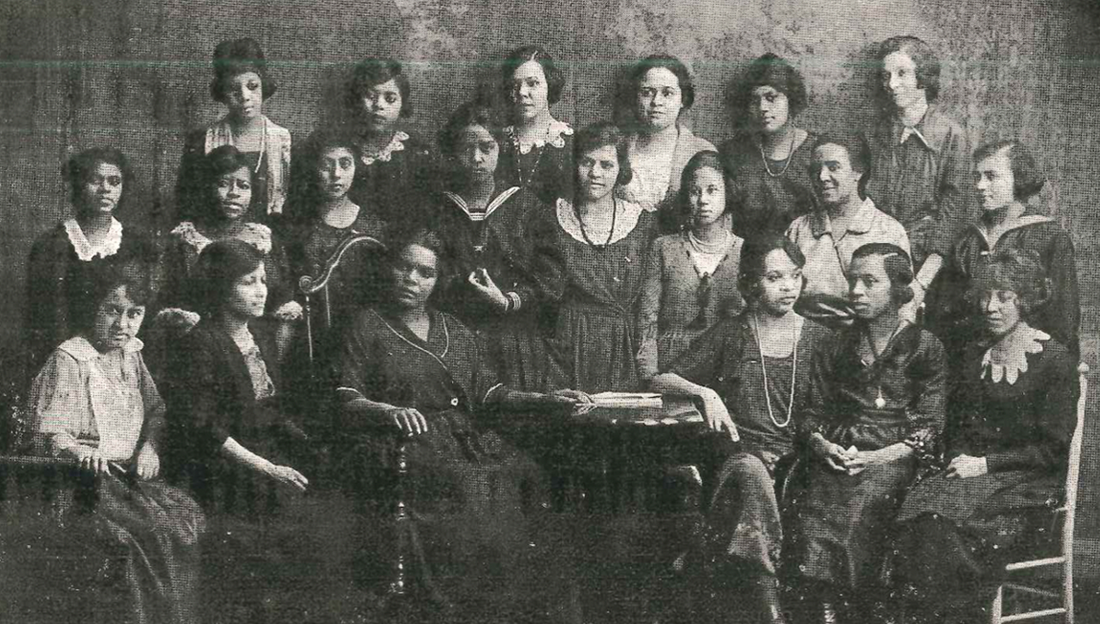 This article is the first part of a two-article series highlighting Black Greek life in the Midwest.

The Midwest is a critical site for understanding the history of African Americans and higher education. Thus, studying the Midwest provides an even more complex story of Black Greek life during the early 1900s.

Contrary to popular belief, most African Americans attended midwestern colleges before the Civil War. Colleges such as Oberlin, Antioch, and Wilberforce in Ohio, and Hillsdale in Michigan accepted African Americans.¹ In fact, the prominent Black suffragette and Delta Sigma Theta member Mary Church Terrell attended and graduated from Oberlin in 1884 with a B.A. and an M.A. in 1888. ²

Most African Americans continued to be educated at midwestern colleges and in smaller numbers at northeastern colleges until the 1890s. This pattern shifted when dozens of Black institutions of higher learning were established throughout the South.³

Still, the Midwest persisted as an important scene for Black Greek life during the onset of the 1900s. During the fall of 1903, nine men enrolled at the University of Indiana, and Earlham College established the Alpha Kappa Nu fraternity. The organization did not expand outside of Indiana and went defunct by 1911, despite its plans to “[establish] branches in the leading negro institutions.”⁴ It is believed that the founders of Kappa Alpha Nu (now Kappa Alpha Psi) took their inspiration from this earlier group of Black college men.

Two years later, the Pi Gamma Omicron fraternity was founded in 1905 at the Ohio State University in Columbus. The fraternity’s initial group consisted of 12 members. Branding themselves as “the first national Greek college fraternity” started by Black students, the fraternity intended to charter chapters at Hampton, Wilberforce, Fisk, and the universities of Chicago and Indiana.⁵

Upon reading about the formation of Pi Gamma Omicron, Robert Harold Ogle (founder of Alpha Phi Alpha) inquired to the registrar at Ohio State about this group. Receiving a response that no Black fraternity existed at the school, the new fraternity seemed to have fallen into obscurity. ⁶

The necessity for Black college students to find housing provided the backdrop for the creation of Black Greek life. In 1917, Black women enrolled at the University of Iowa began a campaign to secure a home for themselves.

According to Helen Dameron, the eldest student among the group and later elected house matron, the campaign “was a successful one,” allowing those students to rent a house. But more importantly, the home “[instilled] a feeling of sisterhood and companionship among us.” On April 4, 1919, these students received the charter for Delta Sigma Theta’s fourth chapter, Delta chapter. Thus, the Delta chapter is the first Black sorority chapter to acquire and operate a sorority house.⁸

Throughout the early 1900s, the number of Black students enrolled at midwestern colleges increased — although the figures remained relatively small. Limited by race, these students were shut out of the opportunities that college life offered white students. Earnest for their own community and social stimulation, Black college students in the Midwest created fraternities and sororities predating some of the storied organizations of the D9 today.

About the Author: Marquis Taylor is a third-year history Ph.D. student at Northwestern University. His work specializes in late 19th and early 20th century African American history. In the spring of 2018, he was initiated into Alpha Phi Alpha’s Beta Chapter seated at Howard University.

³ Prior to the 1890s there were dozens of Black educational institutions in operation. Some of those institutions are still around today, functioning as colleges and universities. However, because of the lack of primary and secondary schools in the South, most of those schools did not offer college coursework until the late 1800s and early 1900s.