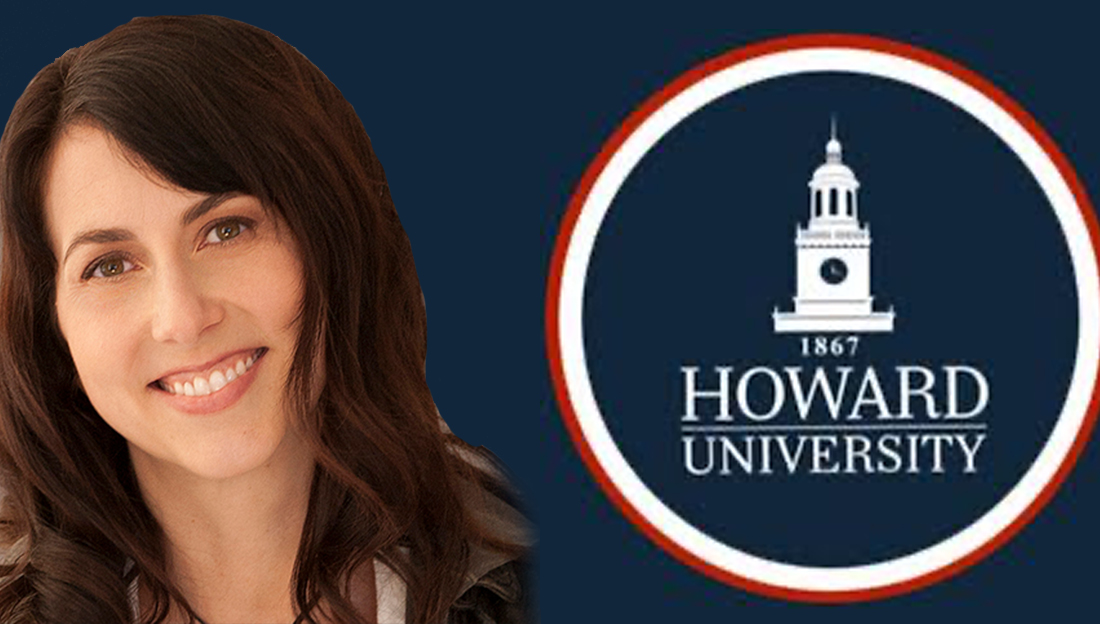 Howard University proudly announced Tuesday that they had received an eight-figure gift from author and philanthropist MacKenzie Scott, the ex-wife of the world’s richest man and Amazon founder, Jeff Bezos.

According to Howard University Scott a former pupil of Howard alumna Toni Morrison and her gift marks the largest gift from a single donor in school history.

“I would like to thank Ms. Mackenzie Scott for her investment into Howard University and our 153-year mission of serving a diverse community of dynamic scholars who come here for an education and leave here with purpose to serve the world,” said President Wayne A. I. Frederick, M.D., MBA. “We plan to immediately put this eight-figure gift to good use to support components of our 5-year strategic plan to help students graduate on time, retain our talented faculty, enhance our campus infrastructure and support academic innovation and entrepreneurship.”

According to a statement issued by the university, “Howard University will allocate the gift to four areas of need, including on-going campus infrastructure improvement projects, such as essential renovations to the steam plant system and updates to improve technology. Howard will implement a new faculty development plan to provide additional educational development opportunities for faculty to increase rigor and quality of instruction, and to promote professional advancement and specialized skills training. Howard will also develop a program focused on social innovation and entrepreneurship to further enhance Howard’s outreach to instill the importance of financial wellness in our campus community.”

The university also stated that Scott’s gift will help underwrite a portion of one of Howard’s signature retention programs, the Graduation & Retention Access to Continued Excellence (GRACE) Grant.

“This need-based program provides a 100 percent match for students who receive the maximum Federal Pell Grant and provides additional funding to students with an expected family contribution of zero (EFC $0). Created in 2014, the GRACE Grant is designed to help remove the financial barriers to academic success and encourage on-time graduation for students who have successfully completed their freshman year.”

“Thanks to Ms. Scott’s gift, and the accompanying positive publicity, we hope that other donors will follow her example to lift the financial burden off of deserving students and help make ends meet so they can focus on graduating on time. With this unrestricted donation, we now have the opportunity to expedite our efforts and fund the initiatives in a way that will reap benefits for generations to come,” said President Frederick.

“Today’s generous gift from Ms. Scott is a direct result of Howard University establishing a track record for being a good steward of our resources, demonstrating our thought leadership in various areas of expertise and recruiting and training the best and brightest young minds that this country has to offer,” said David P. Bennett, vice president of Development and Alumni Relations. “Every gift makes a difference in the life of an institution and through this unrestricted gift, we’ll be able to tap several facets of the university in ways that will make an immediate and lasting impact.”

Tuskegee, Xavier University of Louisiana, Spelman, Morehouse and the Thurgood Marshal Fund were also named on the list as schools or organizations who would receive a portion of the 1.7 billion dollars. While the other schools have not announced exactly how much they have received, Tuskegee issued a statement stating that they had received a whopping $20 million.