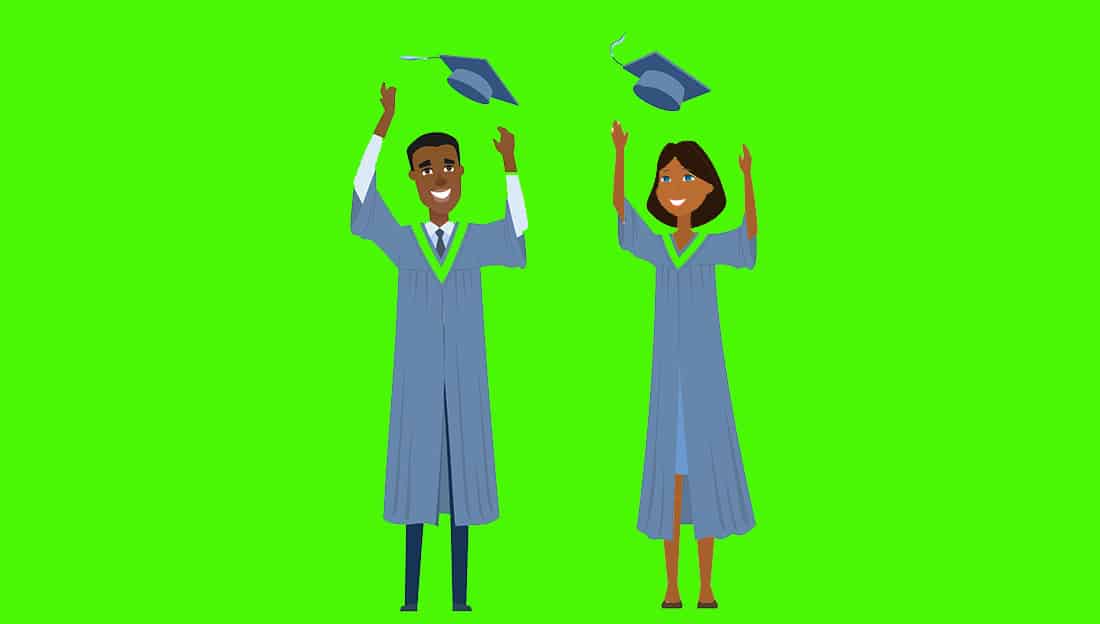 Over the last decade, on-stage dancing celebrations of graduations have become increasingly popular.

Students across the nation do fraternity/sorority strolls after receiving their diplomas often to the dismay of the college administrators and the encouragement of their friends and family members in the crowd.

This has become such an issue that last year some students were issued fines for dancing on stage at graduation.

In 2018 the University of Florida made national news when dancing/strolling graduates were shoved off stage by an administrator.

We at Watch The Yard wanted to get an understanding of where people stood on this hot topic so we did a quick poll of 2,908 of our Instagram followers through the polling function on our Instagram story and asked the following question.

2,908 people answered the question over a 24 hour period and 84% of them answered that they thought it was ok and 16% thought that it was not ok.

While Instagram does not give specific demographic information on the people who answer polls, they do give some demographic information about our current 272,000 followers (May,2019). It must be noted that while our other social media platforms like Facebook and Twitter skew much older, our Instagram followers, while diverse in age, represent a younger group of the population with 37% being between the ages of 18 and 24 and 34% being between the ages of 25 and 34. Here are some quick facts about our overall Instagram following that might give more insight into the poll.  37% identify as male and 63% identify as female. 97% live in the United States and 89.3% are African American.

While we can’t jump to any conclusions based on this poll, it is the only data that has been recorded about feelings about dancing on stage at graduation and is interesting to think about.