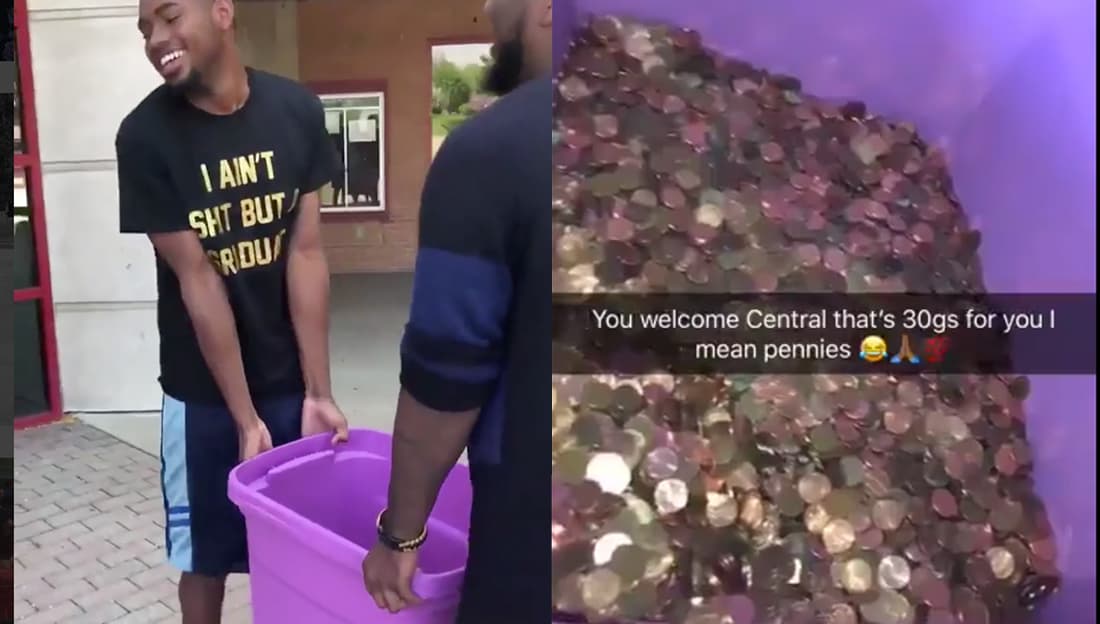 This year students have been catching a lot of heat for celebrating on stage after receiving their diplomas.

Black fraternity and sorority members who stroll have faced in one case physical force and in most cases fines from administrators who say they are slowing commencement down and causing to much of a scene.

A video recently went viral of two fraternity brothers from Central State University in Wilberforce, OH who were fined $300 for strolling on stage. The brothers accepted the fine but decided to pay the total back with a bucket of $300 worth of pennies.

“I ain’t sh*t, but I graduated” one of the young men’s shirts says.

Bravo young brothers. This is going be a hilarious story you tell to your future children years from now.