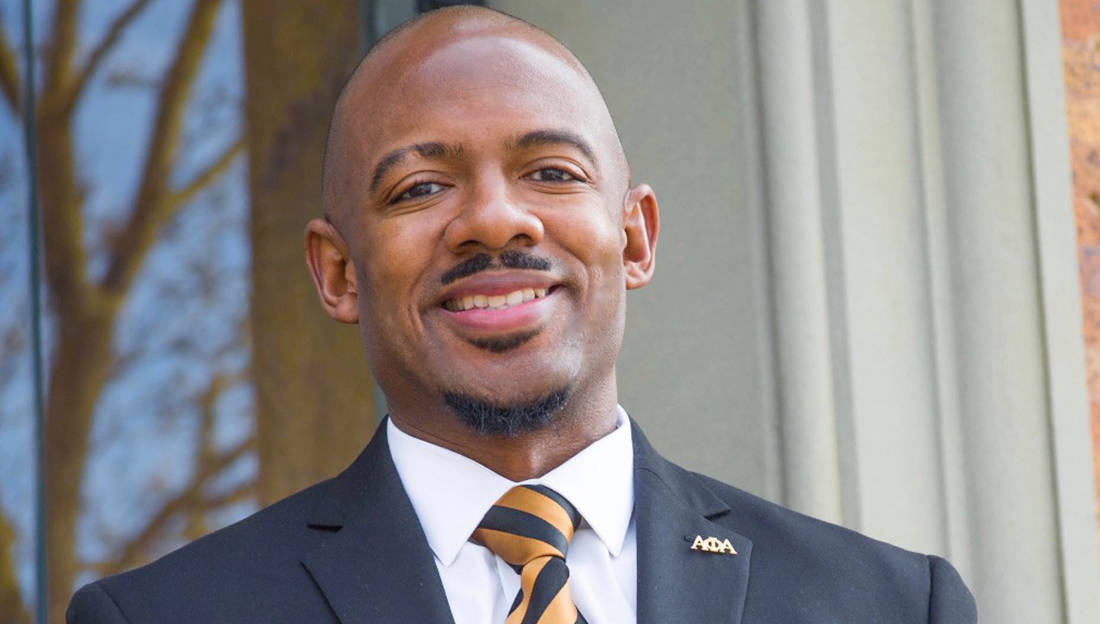 Read the letter that was posted publicly to Alpha Phi Alpha’s official website below:

It is with great pleasure that the board of directors announces its unanimous decision to select Brother Jamie R. Riley, Ph.D. [Beta Omicron ’03] as the next executive director of Alpha Phi Alpha Fraternity. His hiring becomes effective today January 3, 2017.

Brother Riley has been a leader most of his life, dating back well before his college days at Tennessee State University, where he was initiated into Alpha through Beta Omicron Chapter in 2003. While in Nashville, he earned his Bachelor of Science in healthcare administration and planning and his Master of Education leadership concentration in administration and supervision. He earned his Doctorate of Philosophy in counseling and student personnel services from the University of Georgia in 2011.

Brother Riley comes to Alpha Phi Alpha from Johns Hopkins University where he served as the associate dean of Student Life for Diversity and Inclusion. His administrative skills have been demonstrated in previous positions, including having served as the assistant dean of students and director of the LEAD Center at the University of California, Berkeley. Brother Riley has focused his research and administrative practice on addressing the impact of culturally oppressive campus climates on the success of African-American and black male college students attending predominantly white institutions. Jamie’s doctoral dissertation, titled; Racism, Discrimination, and Prejudice: Through the Voices of Black Men on Predominately White College Campuses, investigated the impact of race and racism on African-American and black male students ability to thrive academically, socially, and developmentally.

In addition to his professional accomplishments, Brother Riley is also a member of 100 Black Men of America and has held membership in several alumni chapters including Tau Lambda (Nashville, TN), Rho Kappa Lambda (Gwinnett County, GA), Iota Tau Lambda (Farmville, VA), Gamma Phi Lambda (Berkeley, CA), and most recently, Delta Lambda in Baltimore, MD. Brother Riley has also served as an Alpha and/or campus advisor for several chapters at colleges and universities across the country.

Alpha’s new executive director has very high expectations for himself and for the fraternity. He says, “I think it is crucial that we streamline processes and procedures to align with the fraternal organizational structure and the needs of individual brothers. The General Office is the place where brothers should come to find solutions and answers in a timely fashion. Our staffing has to be adequate to meet the needs of brothers, chapters, districts, regions, and the general body all at the same time. I believe the better utilization of technology and personnel will help us to achieve that and much more.”

Brother Riley also has strong ideas to bring Alpha together and to bridge the gaps between new brothers and those who have experienced longevity in the fraternity. He wants to work with the executive leadership to develop initiatives that assist college brothers in their transition from college to professional life.

We have great confidence in Brother Riley and you will as well. Please join us in welcoming him to his new chapter in the history of Alpha Phi Alpha!

As members of Black greekdom and readers of Watch The Yard, let’s welcome Brother Jamie R. Riley, Ph.D. to his new position!