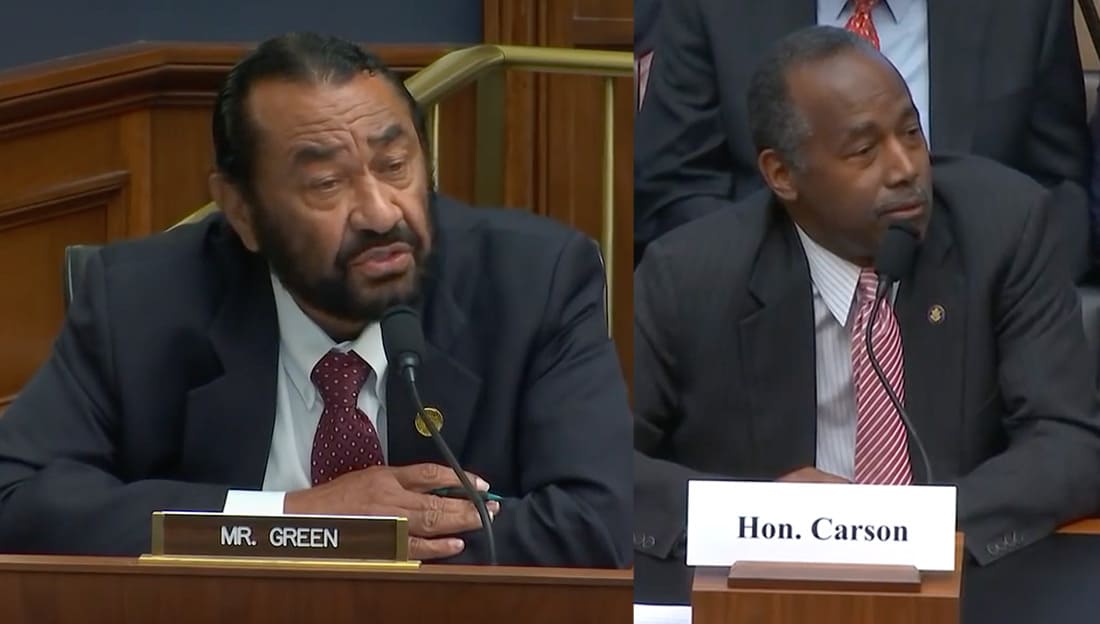 Congressman Al Green, a Houston Democrat, and member of Alpha Phi Alpha Fraternity Inc. is the first member of Congress to officially call for President Trump’s impeachment and on Monday he tore HUD Secretary Ben Carson apart during a congressional hearing on proposed budget cuts of around $6 billion to The United States Department of Housing and Urban Development.

During the hearing, Rep. Green asked Carson to break down the specific details about the proposed budget cuts including his cuts to public housing. Carson attempted to maneuver around the question stating that the cuts would be “in the neighborhood of” $2 billion to $3 billion but would not give the specifics on the cuts to community development block grants and housing vouchers.

“If you don’t know, I will accept that as an answer,” Green stated.

Green told Carson that the reason he was asking was because his constituents need these vouchers and this money for housing.

He also told Carson off for stating that people who had the “right mind set” could lift themselves out of poverty. “Poor people are not poor because they choose to be poor,” he told Carson.

According to Alpha Phi Alpha’s official list of notable members, Green crossed through the Beta Nu Chapter of the Fraternity at Florida A&M University.