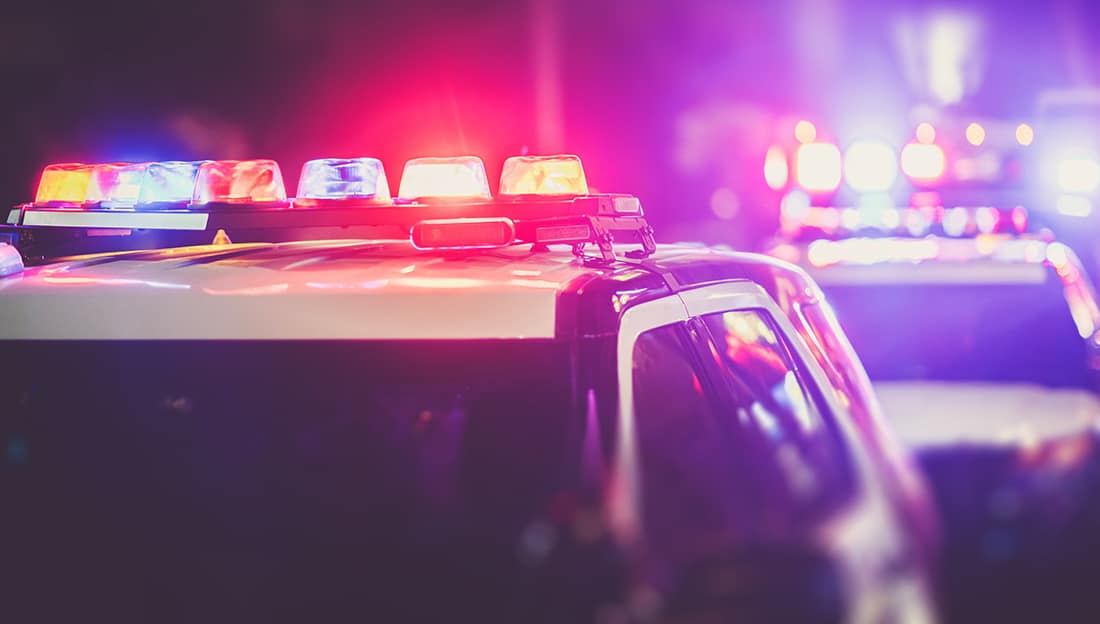 This week, Nike caught heat from multiple national police organizations from across the nation after it announced that Colin Kaepernick would be one of the faces of the the company’s 30th anniversary “Just Do It” marketing campaign.

Included in these groups was the National Fraternal Order of Police who released a statement about the ads, calling for a boycott of Nike and referring to Kaepernick as a “shallow dilettante seeking to gain notoriety by disrespecting the flag for which so many Americans have fought and died.” 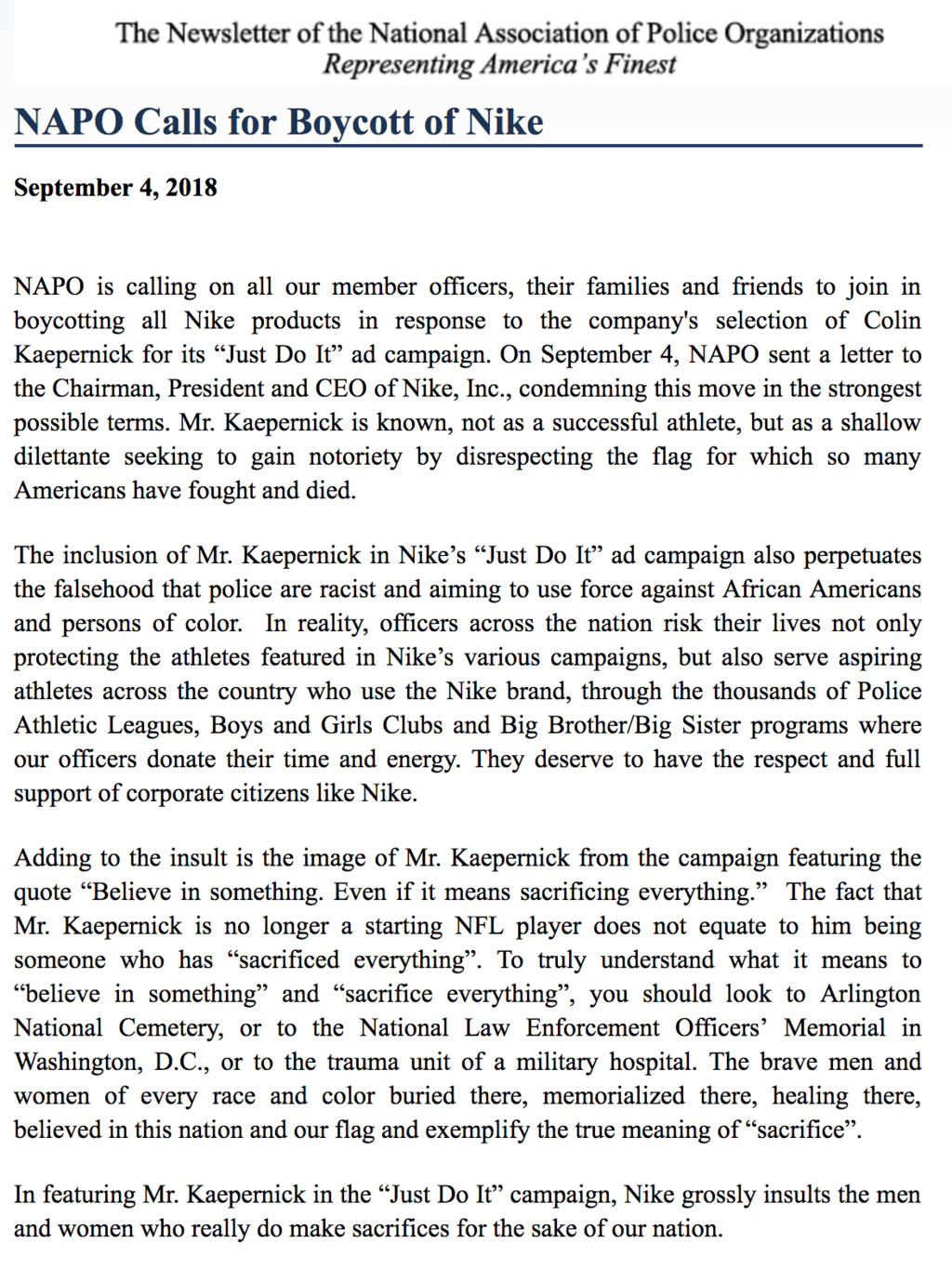 The NAPO published the following letter that they sent to the CEO of Nike, on behalf of their 241,000 law enforcement officers in their organization from across the country. 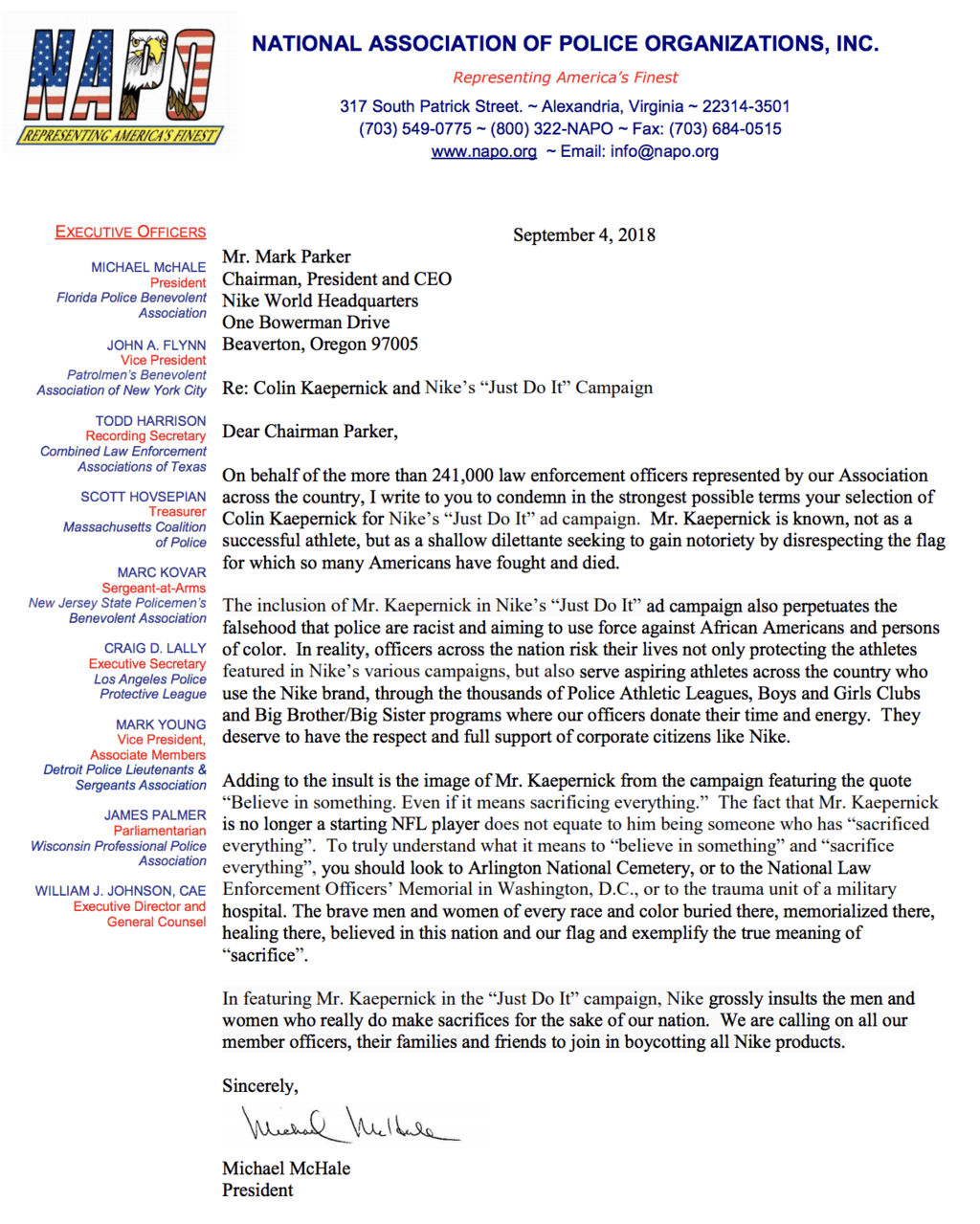 But not all of the police organizations seem to be on board with this statement.

The National Black Police Association published a letter from their National Chairperson, Sonia Y.W. Pruitt to the CEO of Nike on Wednesday that supports Kaepernick and Nike’s decision to include him in their ads. 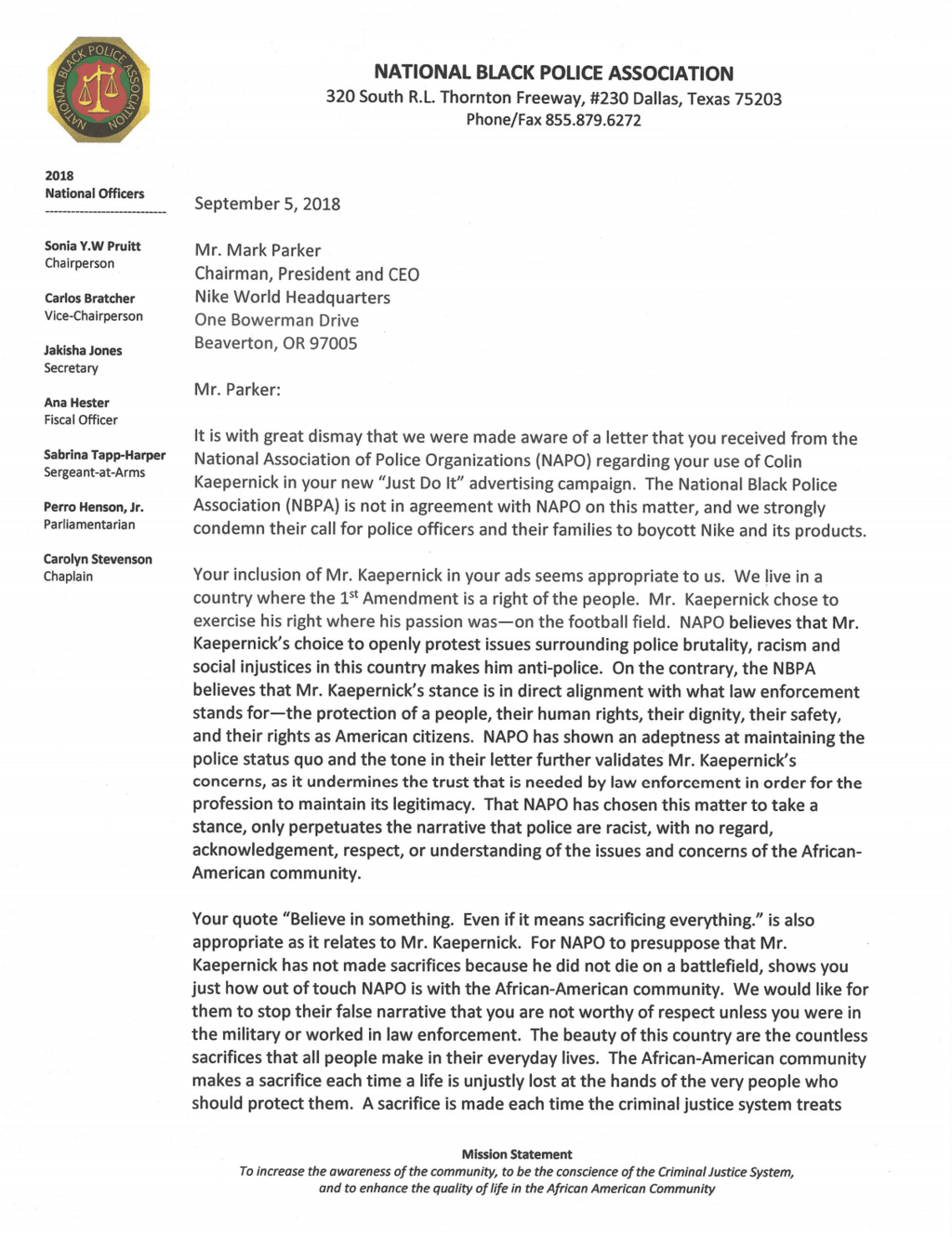 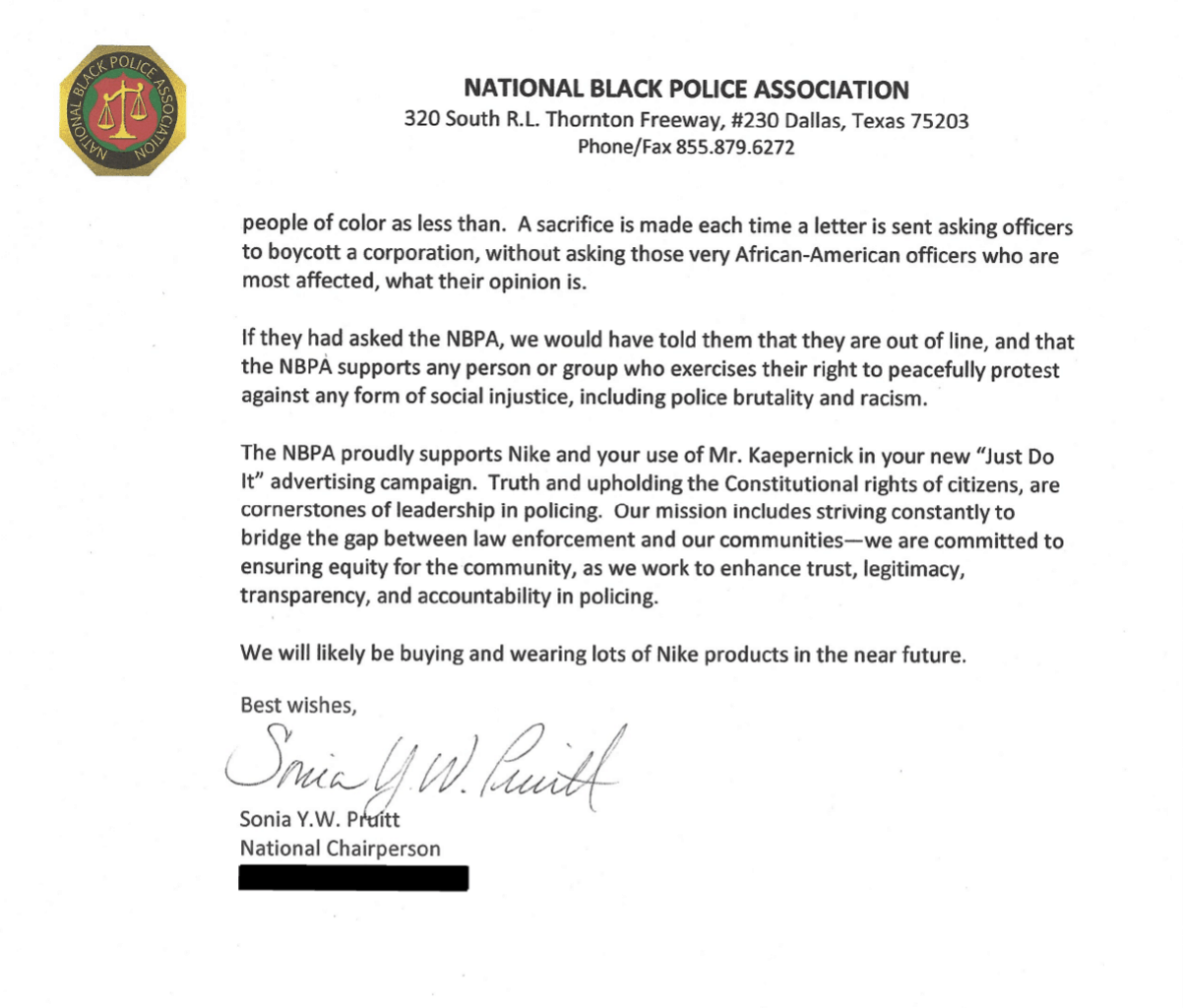 People who read this were also interested in the following articles: