Zeta Phi Beta just announced that they are giving a $100,000 scholarship to a graduating high school senior who is entering college.

“In honor of the five founding members of Zeta Phi Beta Sorority, Incorporated, the Centennial International President of Zeta Phi Beta will award $100,000 scholarship each year to a new recipient, for five consecutive years beginning the sorority’s Centennial Anniversary year of 2020,” the sorority stated in the documents that they released about the scholarship.” The award will be made to one deserving female high school senior to cover educational cost up to and not to exceed $100,000 total.”

According to the sorority, the award is targeted to honor a Title I school senior, “who exhibits personal integrity and excellence through academic achievement and community involvement, and demonstrates a moderate to significant need for financial assistance in attaining her educational goals.”

“The recipient may complete her undergraduate studies in the field of her choice at an accredited four-year college or university of her choice. Zeta Phi Beta Sorority, Incorporated will conduct an international search to find and award the most worthy recipient of this award. The award recipients’ journey to Centennial will be chronicled from March 2020, award through June 2020, Centennial.”

In the documents released about the scholarship, Valerie Hollingsworth-Baker, the 25th International Centennial President of the sorority presented the following letter to prospective applicants. 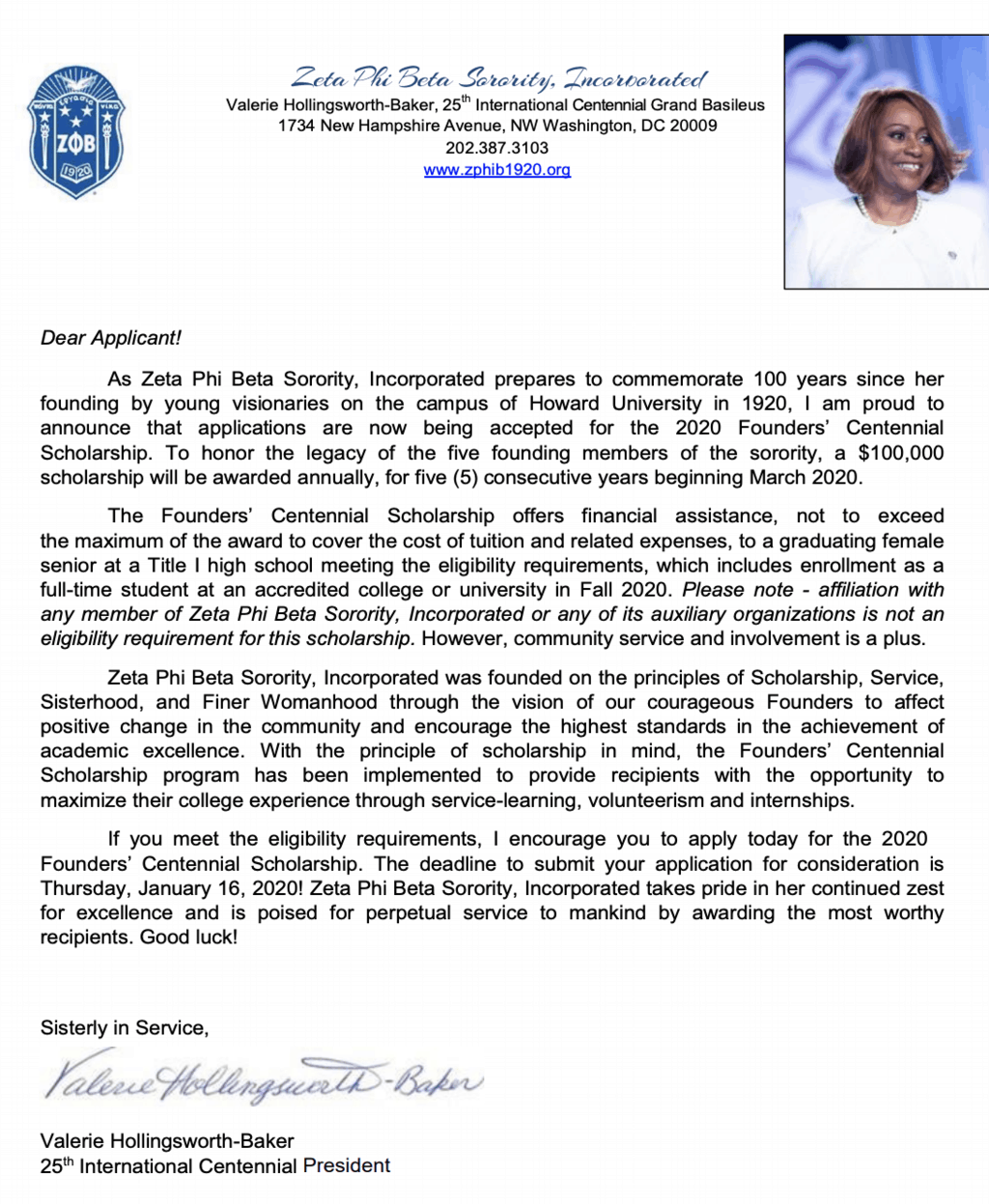 According to the sorority, these are the eligibility requirements:

To apply, applicants must complete the following: 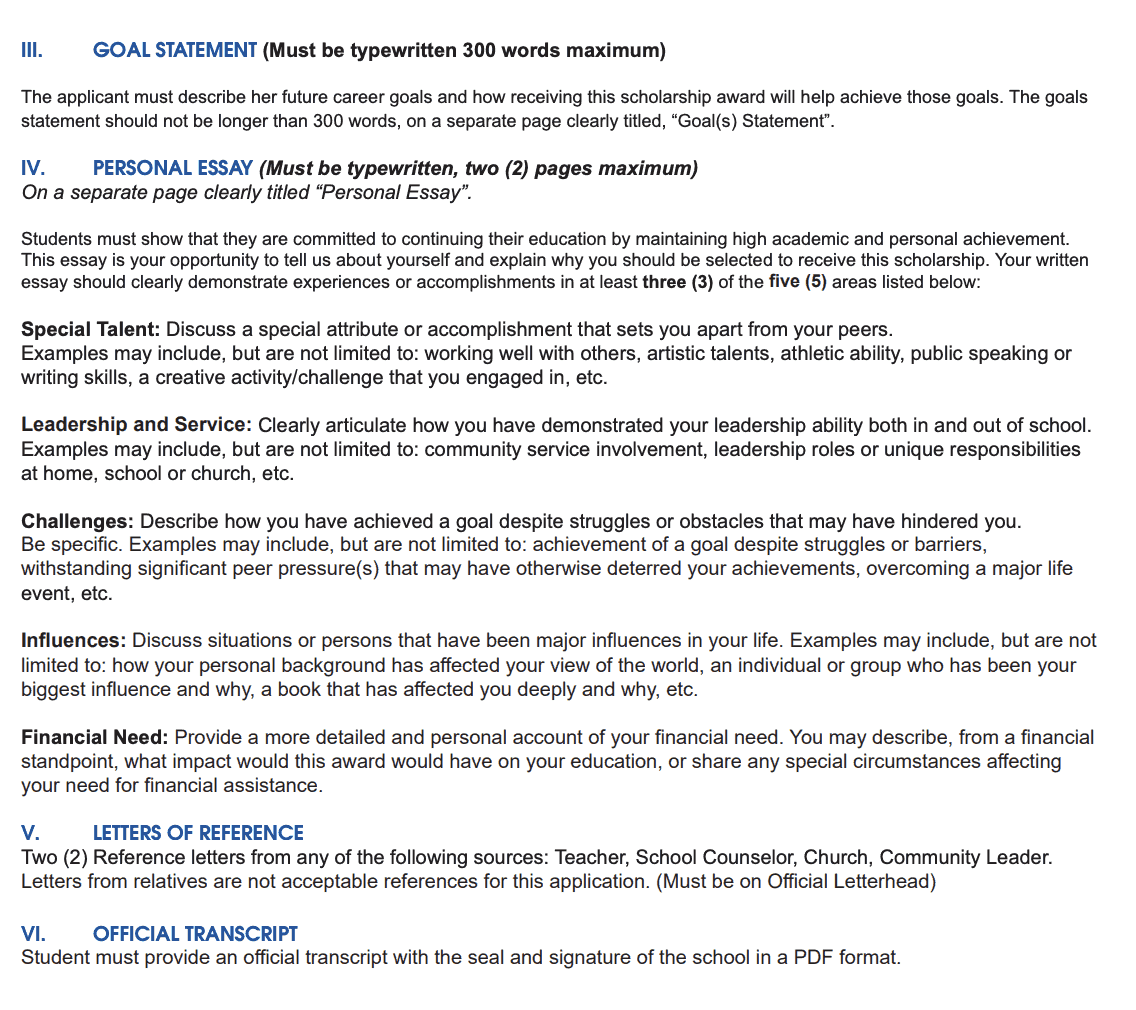