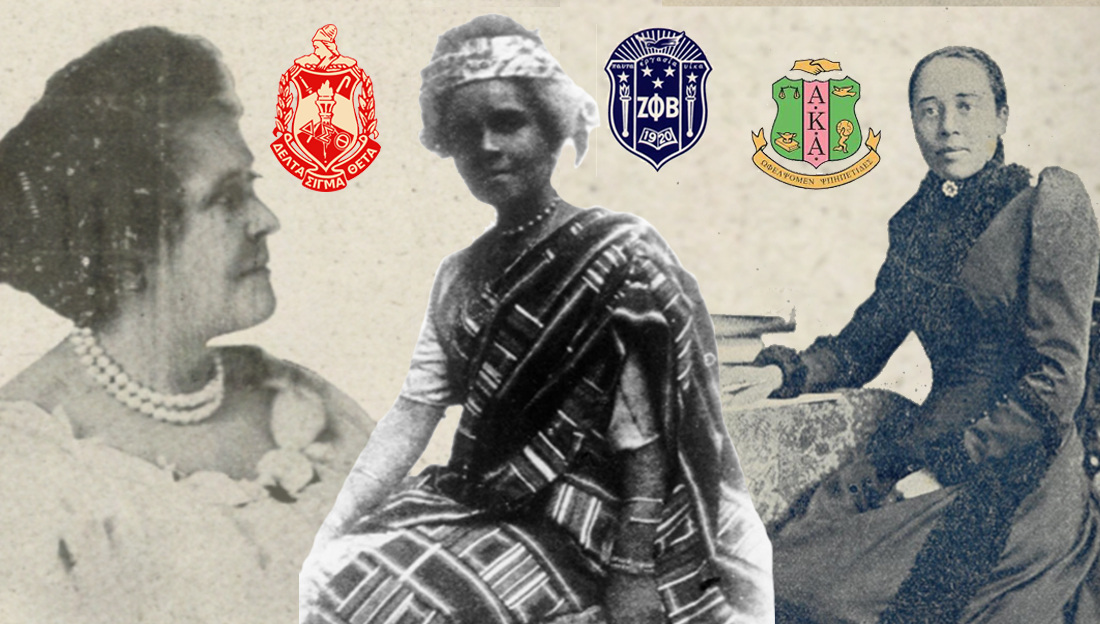 August 20th, 2020 celebrates 100 years since the 19th Amendment, which prohibited denying suffrage to anyone on the basis of sex, was ratified and adopted into the United States Constitution.

Black women were an integral part of the Women’s Suffrage Movement, advocating that all women be enfranchised despite race. Small pockets of Black women were able to exercise this right. However, most Black women faced barriers in actualizing this freedom.

We have made a list of some of the women who are members of Black sororities who played powerful roles in the Women’s Suffrage Movement of the nineteenth and early twentieth century.

Addie Hunton, a native of Norfolk, Virginia, was a founder of the International Council of Women of the Darker Race (ICWDR). This organization was predicated on mutual understanding, support, fellowship, and the dissemination of information about the “handicaps and achievements” for Black women throughout the world. ICWDR sought to bridge gaps between Black women in the Americas, the Caribbean, Africa, and Europe. She later served as the organization’s President from 1925 to 1928. Hunton previously served the U.S. Army during World War I, assisting the Black troops in France alongside two other Black women. Her experience with the U.S. Army and their treatment of Black soldiers was recorded in Two Colored Women with the American Expeditionary Force. She was initiated into Alpha Kappa Alpha as an Honorary member.

Adelaide Casely-Hayford was a noted feminist within the Pan-African movement, largely representing the concerns and interest of well heeled women on the African continent. Born in Sierra Leone in 1868, she received most of her educational training in England before returning to Sierra Leone. Leveraging relationships with notable Black clubs women, and white philanthropist Casely-Hayford opened her vocational school, Girls’ Vocational School, in 1923. Casely-Hayford was initiated into Zeta Phi Beta as an Honorary Member.

A prominent member of Washington, D.C.’s elite African American community, Coralie F. Cook used her education and influence to propel Black women’s agenda in the Nation’s Capital. She was educated at Storer College in West Virginia, before teaching elocution at Howard. Cook was a founder of The Colored Women’s League of Washington, D.C., in 1894, the oldest colored women’s club in America. In her speech titled ‘Votes for Mothers,’ Cook points at Black men’s hypocrisy who demanded their own right to vote, but opposed suffrage for Black women, she stated: “Disfranchisement because of sex is curiously like disfranchisement because of color.  It cripples the individual, it handicaps progress, it sets a limitation upon mental and spiritual development.” In April of 1914, she was initiated into Delta Sigma Theta as an Honorary member.

Alice D. Cary, originally from Indiana, was an important advocate for women’s rights in the Deep South. Cary worked on the faculty at Morris Brown College and served as the school’s 2nd President from 1886 to 1887. In 1921 she received an appointment as Librarian of the newly-constructed “colored” Auburn Carnegie Library. She was elected President of the Georgia Federation of Colored Women, and in this capacity was instrumental in starting several kindergarten programs throughout Georgia. Cary was a member of Zeta Phi Beta and assisted in the chartering at Morris Brown College. At that time, Zeta was only the sorority to have an undergraduate chapter in the South.

Anna Julian Cooper born enslaved in 1858 in Raleigh, North Carolina, and went on to earn a degree at St. Augustine’s Normal and Collegiate Institute (now St. Augustine University) and a Ph.D. from the Sorbonne in Paris— making her the fourth African American woman to earn a doctoral degree. Cooper served as principal of the storied M Street High School in Washington, D.C. In 1895, she authored A Voice from the South— arguably one of the most important Black feminist texts of its time. Cooper was an Honorary Member of Alpha Kappa Alpha Sorority.

Hallie Quinn Brown, a graduate of Wilberforce College (now Wilberforce University), was a huge proponent of advancing Black women’s political rights. In 1899 she represented the United States and the interests and concerns of Black women at the International Congress of Women meeting in London; while in London she spoke before Queen Victoria. Brown later served as President of the National Association of Colored Women’s Club from 1920 to 1924. In 1926, she published Homespun Heroines and other Women of Distinction— which profiled sixty Black women and their accomplishments, starting in the middle of the 18th century until the end of the 19th century. Brown was an Honorary member of Delta Sigma Theta.

About the author: Marquis Taylor is a 2020 graduate of Howard University, receiving his Bachelor’s of Arts in History. In the spring of 2018, Marquis was initiated into Alpha Phi Alpha Fraternity, Incorporated’s Beta Chapter.