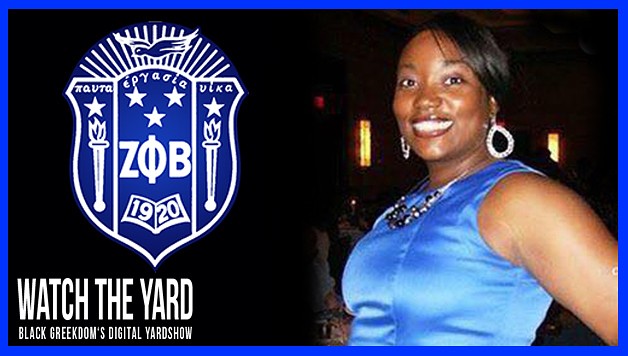 If you are a Sigma or a Zeta you are well aware of Amber’s work. RealZetas.com is a platform that was created as a place to bond, conduct Zeta business and champion the accomplishments of members of Zeta Phi Beta in the digital age. As a result of Ambers visionary work, Zetas are now connected in a way that they never were before and she has fostered the digital presence of black greekdom online.

As WatchTheYard.com, we strive to create a space to for Black Greekdom to thrive online and we respect the work that Soror Curtis-Pratcher did to make this happen. Our staff never met Amber in person but we have seen the great response on social media to her death and the outpouring of feelings by members of Zeta Phi Beta and Phi Beta Sigma who are voicing their stories about how much of an impact she had on them. Amber was a leader, a connector and a visionary and represented the definition of “A Finer Woman.”

Her work highlighting the women of Zeta Phi Beta was recognized for being actively visible and present by Roland Martin, Essence Magazine, and Ebony Magazine among others and she is noted as the brains behind the #IAMZETA digital movement that is well known within the Divine 9 community.

One commenter on a Facebook post written in honor of Amber stated saying that she, “revolutionized, galvanized, and memorialized the undeniable presence and positive impact of Zeta on all Social Media platforms in my eyes!”

Other commenters chimed in stating:

“I never met Soror Pratcher but she was so influential to me at the beginning of my journey in Zeta. Realzetas.com was a wealth of information and a great way to connect, and over the years whenever I asked questions of her she was patient and willing to help.”

Amber was also a member of the ProgressiveGreek staff where she worked as an assistant editor for the magazine. Kevin L. Davis, the President of Progressive Greek and member of Phi Beta Sigma opened up about Amber stating that she, “was the epitome of Finer Womanhood, and represented Zeta Phi Beta Sorority, Inc., on every platform with purpose and excellence.”

Our hearts and prayers at WatchTheYard.com go out to the Pratcher family, her husband, her son, and the sisters of Zeta in this time of need and mourning. We will keep our readers updated on Amber’s final arrangements as they are released. 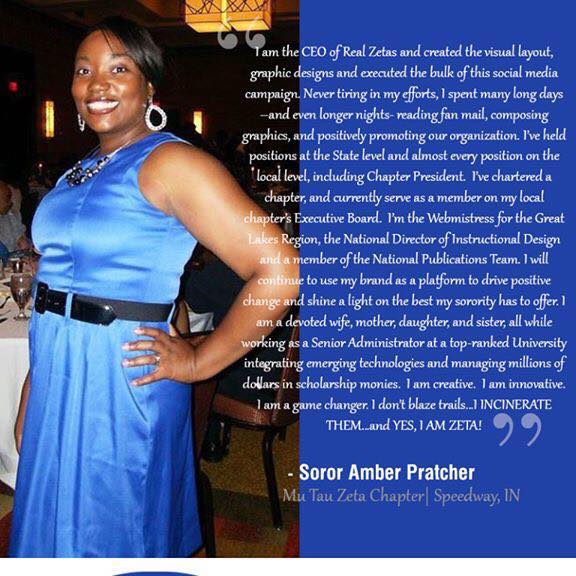 Click on the arrows below to move to the next page and read the moving dedication that the staff of RealZetas.com wrote in honor of Amber on their website.

Please share your memories of Amber in the comment section below. Did you know her? How did she impact your life? What did she represent as a Zeta to you?