You have probably seen the speech by Harvard University’s master’s graduate, Donovan Livingston on ABC News, Huffington Post, shared by Hillary Clinton and Justin Timberlake and all over your timeline. But did you know that this speech which Harvard is calling, “the most powerful, heartfelt” speech “you will ever hear,” was given by a member of Phi Beta Sigma?

It is true, the Donavan Livingston crossed through the Xi Gamma Chapter at UNC Chapel Hill in the Spring 2008 semester. He was the #5 and Tail of his line-“Gears of War” and his individual line name is “Lived to TAIL.”

Donovan Livingston, was chosen by a committee of faculty, staff and students to speak at the School of Education’s convocation, a rep for Harvard told ABC News.

But instead of doing a normal speech Livingston decided to do a spoken word peice that he had written called “Lift Off.”

Before starting his poem, the Livingston stated that the reason he decided to do a poem was because when he was in high school he dilivered the commencement speech but his teacher threatened to “to take me offstage or cut my microphone when she caught wind that I wanted to incorporate a poem.”

“She wanted it to be traditional. So I complied, but I really wanted to address my class in my most authentic voice, which is what I said onstage Wednesday,” he told ABC News.

Livingston’s poem has gone viral not just because of the way that he delivered it but also because it speaks to the racial inequalities in the educational system and talks about what it means to be black at Harvard.

“I’ve been a black hole in the classroom for far too long;
Absorbing everything, without allowing my light to escape.
But those days are done. I belong among the stars.
And so do you. And so do they.
Together, we can inspire galaxies of greatness
For generations to come.
So no, sky is not the limit. It is only the beginning.
Lift off.”

Since hitting the internet, the speech has been seen by more than 5 million people and was even shared on social media by Justin Timberlake and Hillary Clinton.

Livingston’s plans are to become a faculty member or an administrator at a university one day. His wife is entering her second year of med school at Wake Forest and he will star his PhD program at the University of North Carolina at Greensboro this fall.

Watch his moving speech below and share it on your Facebook feed! It is great to see young men like this achieving and holding it down for Phi Beta Sigma!

Click on the arrows below to see pictures of Donavan representing Phi Beta Sigma. 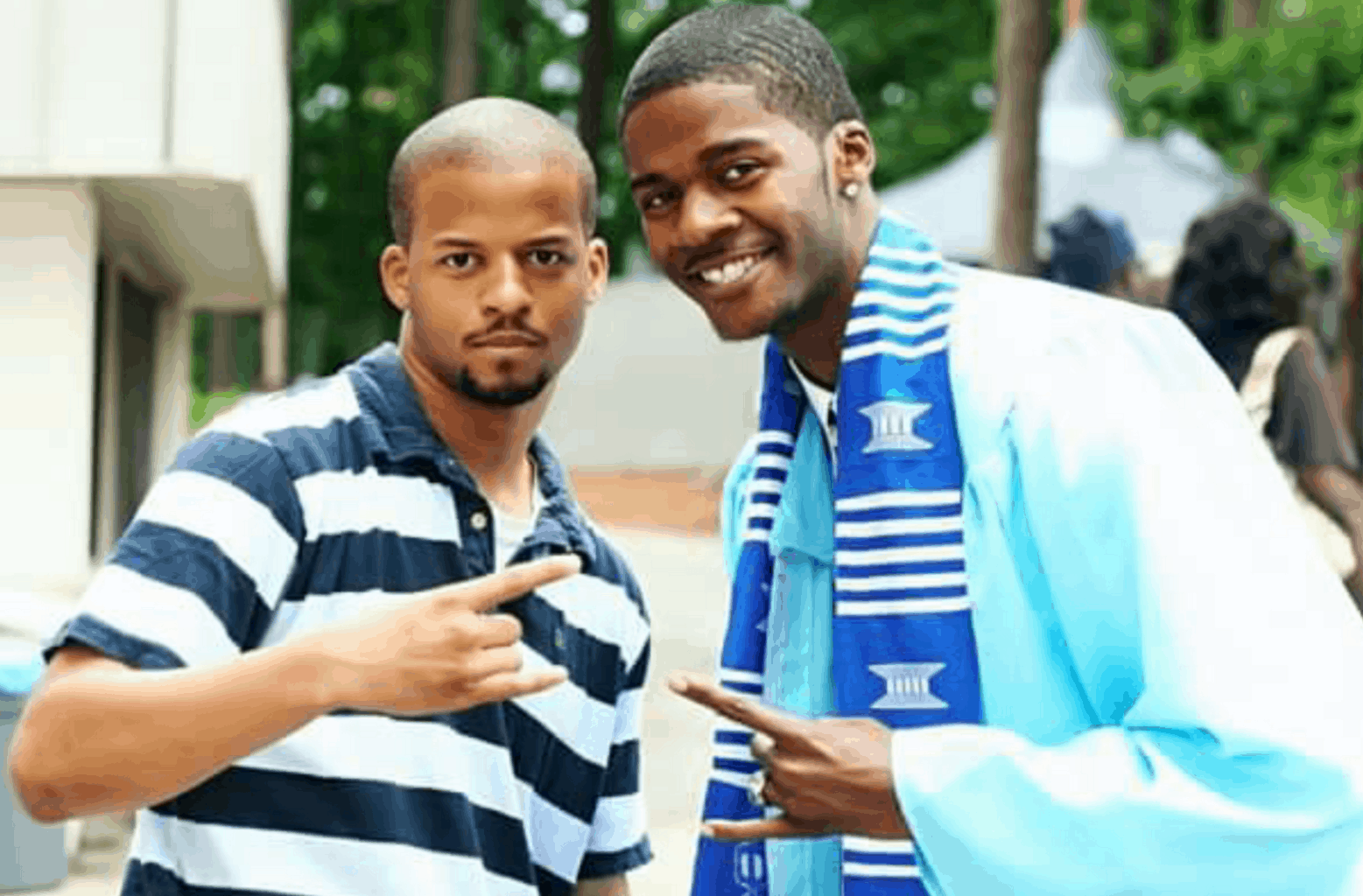