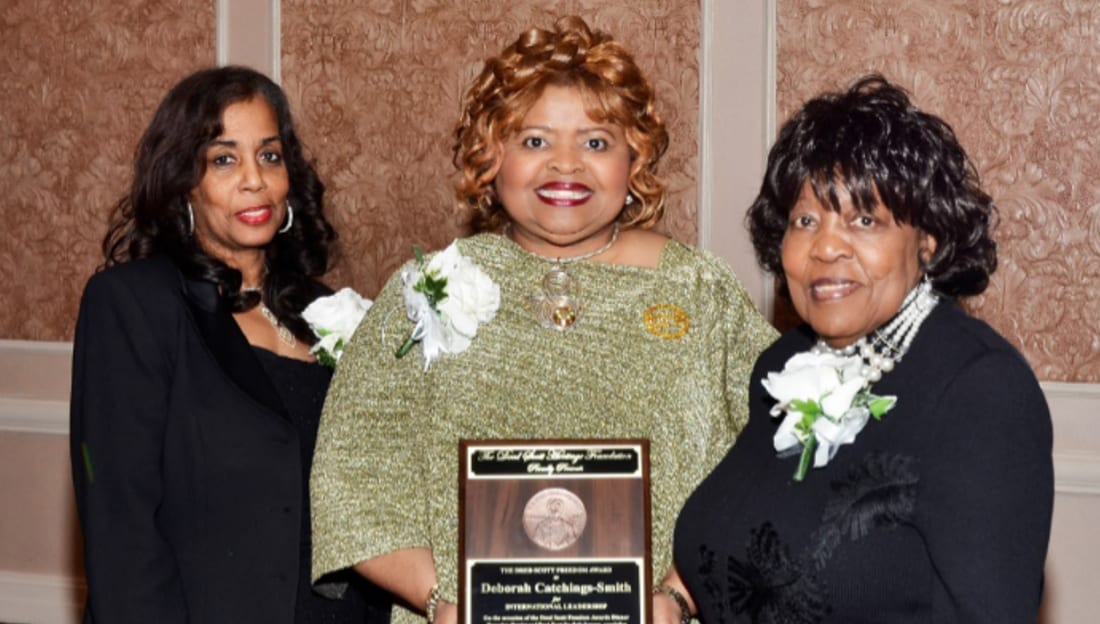 The award was presented at the Dred Scott Freedom Awards Dinner which highlights the 1857 Supreme Court case decision that denied a slave, Dred Scott, his freedom on the basis that the U.S. Constitution didn’t consider him a person.

“This landmark decision had many repercussions and led to the start of the Civil War.  150 years ago this year, the 14th amendment overturned the Dred Scott decision. The dinner honors the bravery, conviction and actions of Dred and his wife Harriet,” the press release stated. 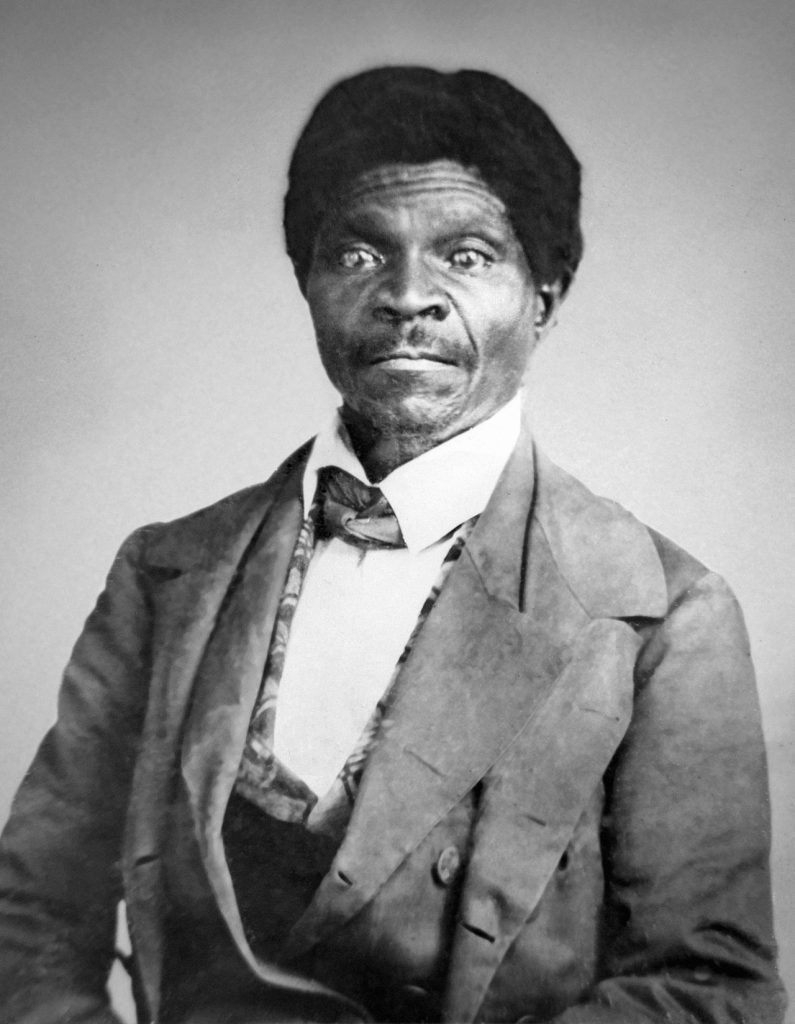 “To receive the Dred Scott Freedom Award in the category of International Leadership was indeed an honor. I accepted this award on behalf of the many members of the Sigma Gamma Rho Sisterhood who stand on the shoulders of Harriet and Dred Scott, our Founders and countless other trailblazers.  By accepting this award, I accept the responsibility to use my platform to give voice to the voiceless and be vigilant to secure true freedom and racial equality in our society,” Catchings-Smith stated after receiving the award. 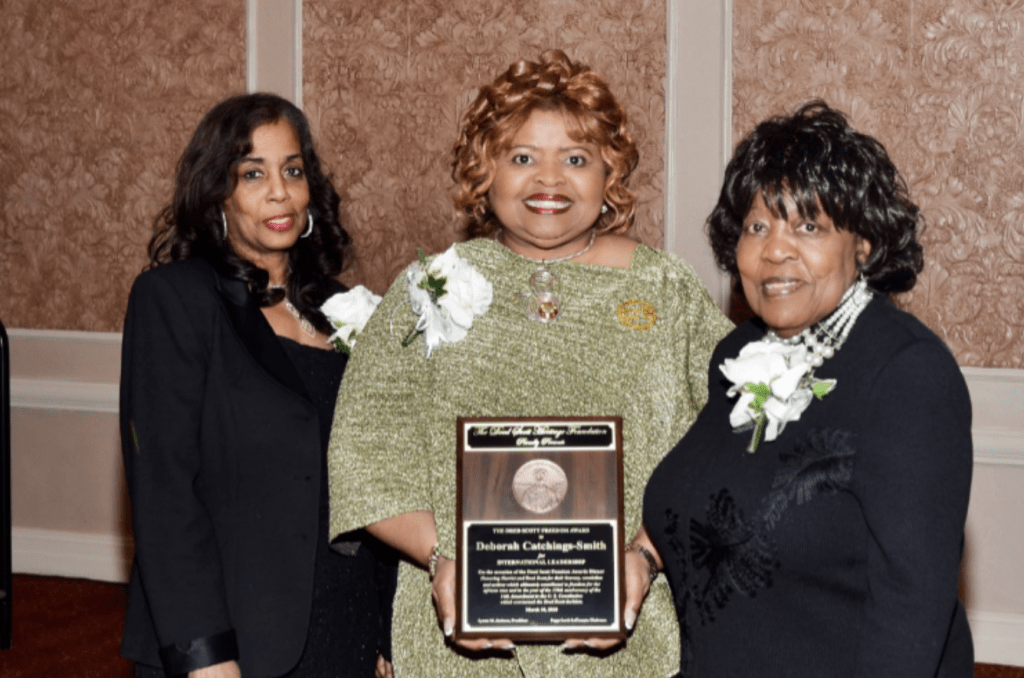 Congratulations to Deborah Catchings-Smith and the women of Sigma Gamma Rho!