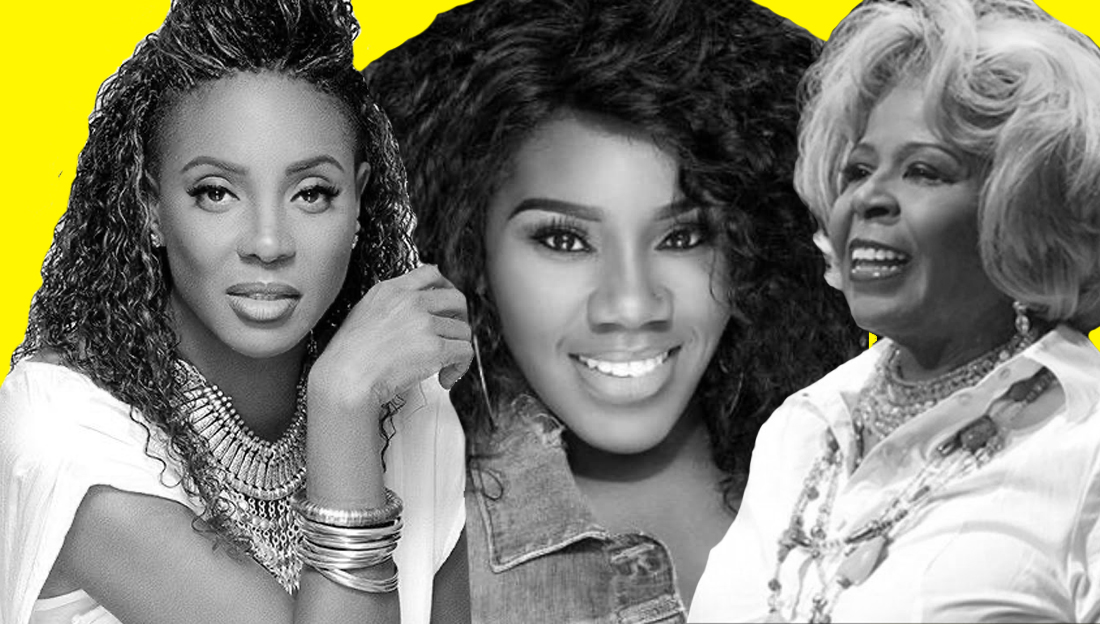 Throughout the years, women of Sigma Gamma Rho have been trailblazers in the field of music.

Vanessa Bell Armstrong is a gospel singer who released her debut album Peace Be Still in 1983. She has had a great career and has been nominated for four Grammy Awards.

Eva Jessye (January 20, 1895 – February 21, 1992) was an American conductor who was the first black woman to receive international distinction as a professional choral conductor. She is notable as a choral conductor during the Harlem Renaissance. She served as musical director with George Gershwin on his innovative opera Porgy and Bess (1935) and conducted choir at March on Washington in 1963.

Maysa Leak is jazz singer better known by her mononym Maysa. She is well known by fans of smooth jazz both for her solo work and for her work with the British band Incognito

Kelly Price is a R&B and gospel singer and songwriter who has been nominated for 9 Grammy Awards.

Martha Rose Reeves is a R&B and pop singer and former politician, and is the lead singer of the Motown girl group Martha Reeves and the Vandellas. They scored over a dozen hit singles, including “Come and Get These Memories”, “Nowhere to Run”, “Heat Wave”, “Jimmy Mack”, and their signature “Dancing In The Street”. From 2005 until 2009, Reeves served as an elected council woman for the city of Detroit, Michigan.

MC Lyte, is a Grammy–nominated rapper, DJ, actress and entrepreneur. Considered one of the pioneers of female rap, Lyte first gained fame in the late 1980s, becoming the first solo female rapper to release a full album with 1988’s critically acclaimed Lyte as a Rock.