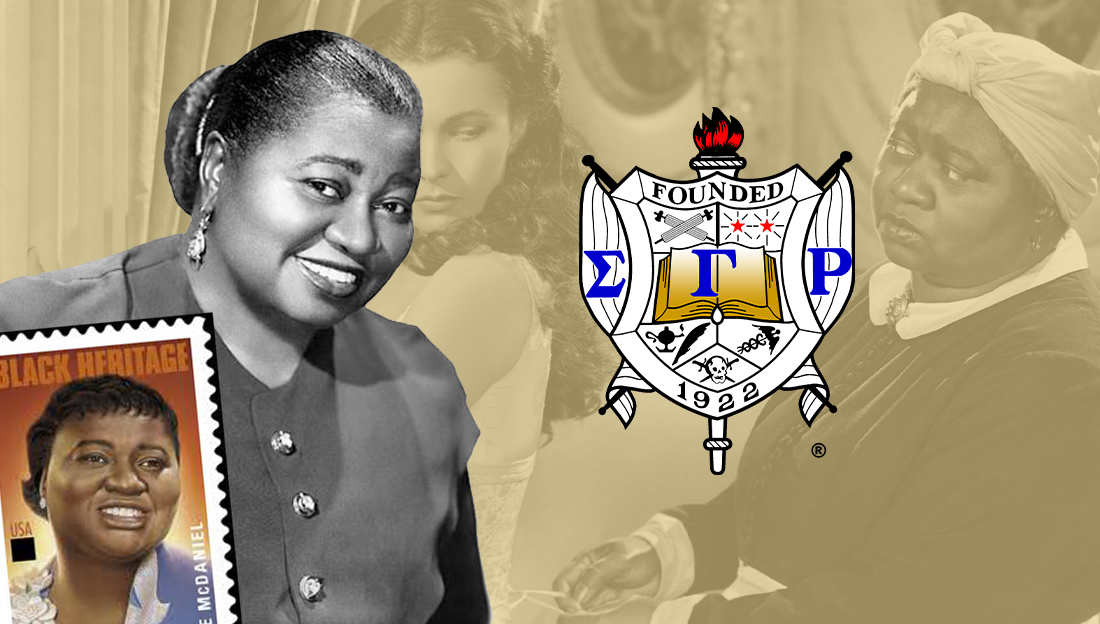 Did you know that Hattie McDaniel, the first African American to win an Oscar was a member of Sigma Gamma Rho?

It is true! Hattie McDaniel was an African American actress, singer-songwriter, and comedian. She won an Academy Award for Best Supporting Actress for her role as Mammy in Gone with the Wind (1939). She has two stars on the Hollywood Walk of Fame, and was inducted into the Black Filmmakers Hall of Fame in 1975. In addition, she became the first black Oscar winner to be awarded her own postage stamp.

Hattie McDaniel is a legend in entertainment. She paved the way for Black performance artists and suffered a lot of hate and racism throughout her career. McDaniel was unable to attend the premiere of Gone with the Wind in Atlanta because it was held at a whites-only theatre. At the Oscars, she was forced to sit at a segregated table at the side of the room because of the color of her skin. When the Los Angeles chapter of Sigma Gamma Rho was founded in July 1939, actress Hattie McDaniel was one of its founding members.

Hattie passed away in 1952 due to breast cancer. Her final wish was to be buried in the Hollywood Cemetery. This request was denied due to the graveyard being reserved for whites only.