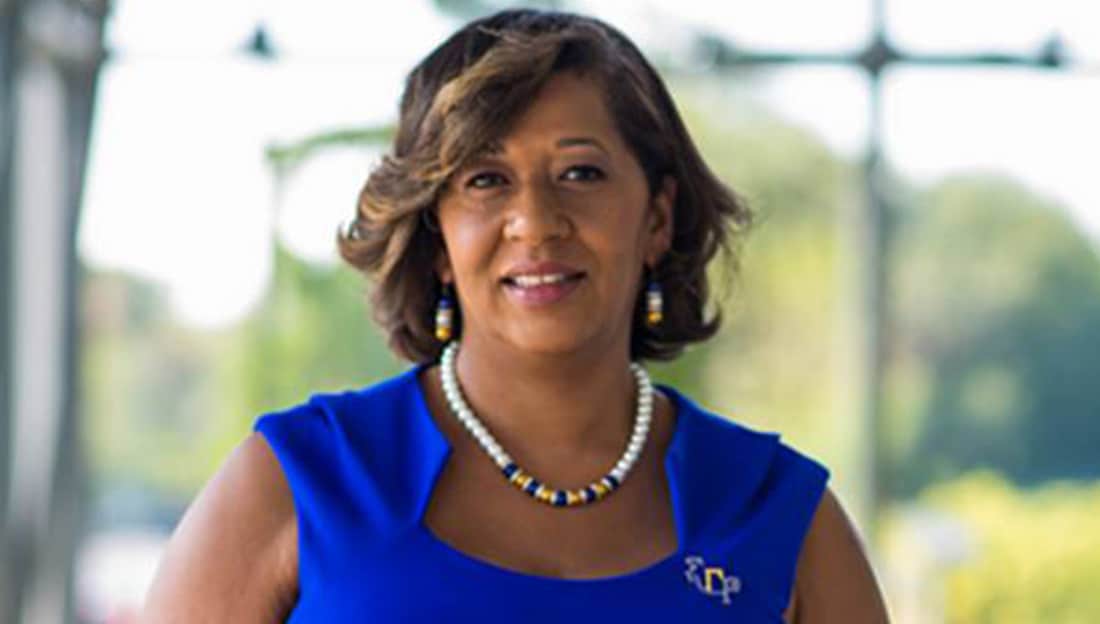 Sigma Gamma Sorority, Inc. recently announced the appointment of Cynthia Eubanks as its new executive director. Read the full press release that the sorority sent Watch The Yard below.

CARY, N.C.—Sigma Gamma Rho Sorority, Inc.’s international board of directors recently announced the appointment of Cynthia Eubanks as its new executive director. She succeeds Rachel Morris who served in the position for nine years.

Eubanks has served in higher education for more than 26 years as a professor and in a variety of executive positions such as student affairs administrator and faculty counselor. She is the former vice president of student affairs at Allen University (Columbia, South Carolina), chief housing officer at Saint Peter’s University (Jersey City, New Jersey), and director of community engagement at Montclair State University (Montclair, New Jersey). She is a former professor at Benedict College (Columbia, South Carolina), South Mountain Community College (Phoenix, Arizona), and Paradise Valley Community College (Phoenix, Arizona). She joined the Sorority in 1990 as an undergraduate student at Montclair State University.

“I am proud to serve my sisterhood in this important role,” Eubanks said. “I will work with the international board of directors, staff and members to assess and clarify membership needs and the effectiveness of our programs, enhance the fiscal management of our assets, and expand our resource development tools for members, chapters and regions. I look forward to representing Sigma Gamma Rho with our partners and leading our community and advocacy efforts. 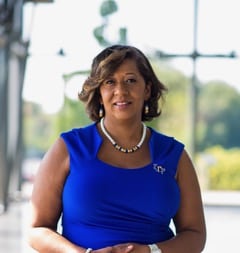 As Sigma Gamma Rho executive director, she will serve as the chief operating officer of the sorority and is responsible for providing strategic leadership to implement the strategic plan goals and objectives and enforcing established policies and procedures. Eubanks will be responsible for the overall direction, engagement and performance coaching of the international headquarters management team and will direct the efforts of the marketing, communications and public relations staff and vendors. The executive director reports to the international president. She will work closely with the international board of directors, other appointed positions and committees in charting the direction of the organization, assuring its effective operation and accountability to all constituencies.

“We are excited that an executive with Ms. Eubanks’ experience and accomplishments will be joining Sigma Gamma Rho Sorority’s headquarters staff,” said Deborah Catchings-Smith, Sigma Gamma Rho’s international president. “She brings a wealth of experience in executive leadership, and extensive knowledge about the dynamics involved in bridging the gaps between new and existing members as well as alumnae and undergraduates. We are confident Ms. Eubanks will achieve great success which will play a pivotal role in the forward progress of our sorority.”

About Sigma Gamma Rho Sigma Gamma Rho Sorority, Inc., an international collegiate and non-profit community service organization, was founded in 1922 on the Butler University campus in Indianapolis. It has welcomed more than 90,000 members who have joined the organization as undergraduates and professionals. Official affiliate groups include Rhoer Club (young girls) and Philos (friends of the sorority). The sorority has more than 500 chapters in the United States, Bahamas, Bermuda, Canada, Germany, South Korea and the U.S. Virgin Islands. It is the mission of the sorority to enhance the quality of life for women and their families in the U.S. and globally through community service. Programs, initiatives, and partnerships are devoted to progress in the areas of education, healthcare, political action, and leadership development. The sorority is headquartered in Cary, North Carolina, and is a member of the National Pan-Hellenic Council’s “Divine Nine.” For more information, visit www.sgrho1922.org.

We at Watch The Yard would like to congratulate Cynthia Eubanks on her new position. We are very excited to see all of the great work that she will do for the sorority!