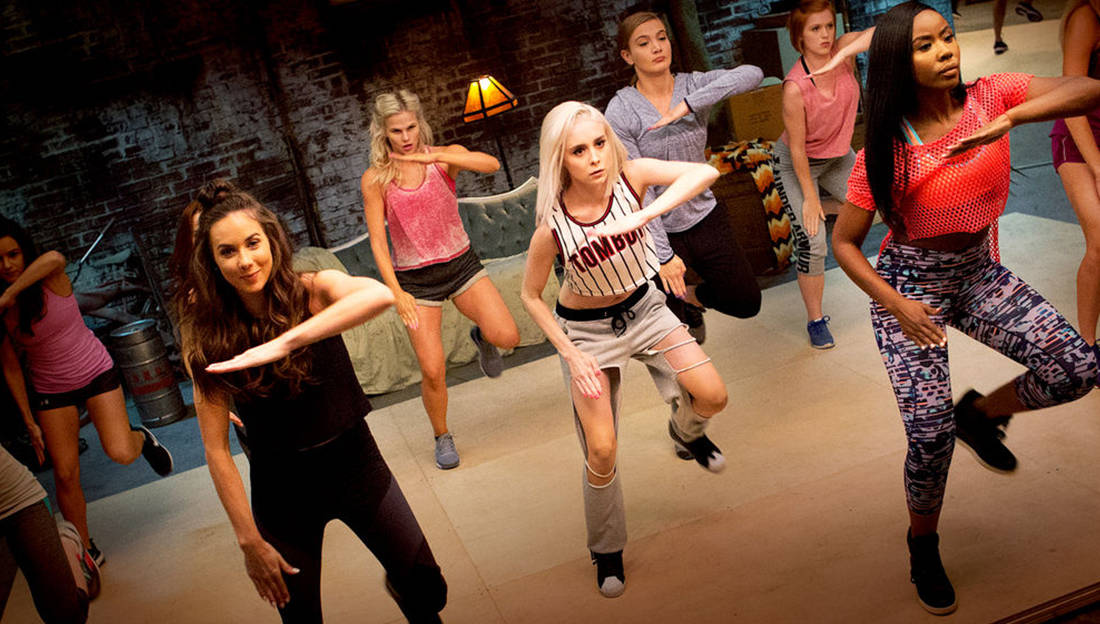 Just a few months ago, the trailer for the Netflix movie Step Sisters hit the internet and we at Watch The Yard wrote a skeptical article about the plot and the intentions of the movie’s use of black sorority culture.

The trailer received a very passionate response from our Watch The Yard community. Many of whom were worried about how the black greek community would be portrayed since just earlier that year, Netflix had released Burning Sandz, a movie about hazing in a fictional Black fraternity at a fictional HBCU.

What really caught our community’s attention was the fact that this time around, the narrative was focused on the story of an ambitious black sorority member.  The character, Jamilah, is put in a position by the dean of her college in which, to get his recommendation letter for law school, she has to teach a party-obsessed white sorority the exclusive art of black stepping.

Here is the IMDB description about the movie:

A week before the release of the movie, the writer of the movie, Chuck Hayward sent Watch The Yard an email telling us that he was interested in answering any questions that we had about the movie. 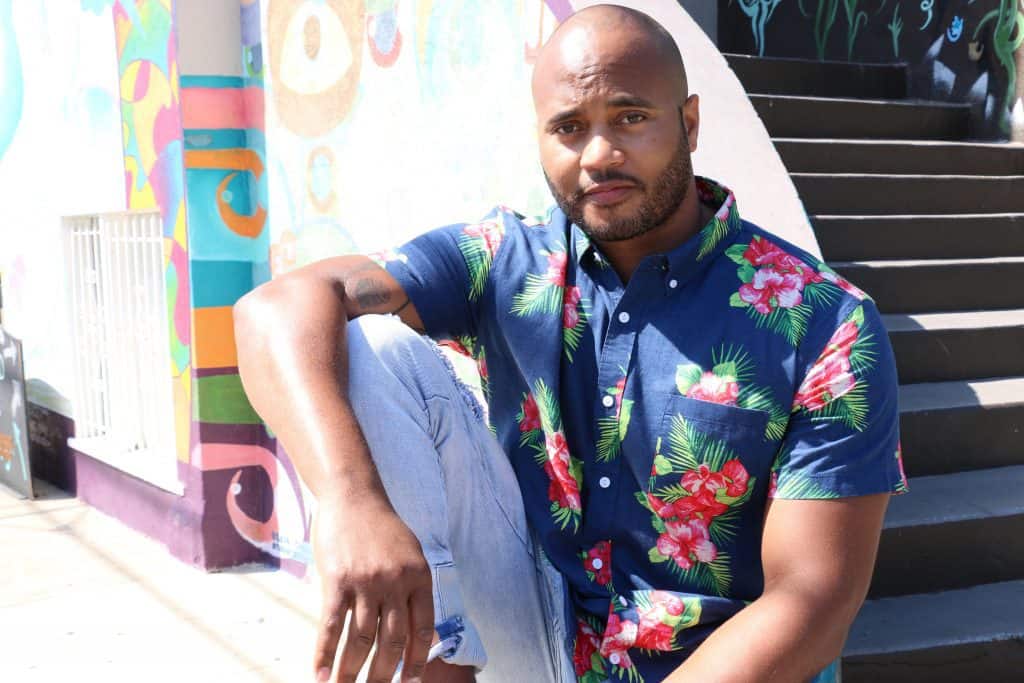 Hayward, who is also the writer of Netflix’s Dear White People, is a 2nd generation legacy member of Alpha Phi Alpha Fraternity, Inc. who was initiated through the Delta Zeta Chapter of Alpha in the fall of 2000 at Syracuse University where he majored in Television, Radio and Film. His father, also named Chuck Hayward, pledged Alpha Phi Alpha’s Gamma Iota chapter at Hampton in Spring ’71.

Read our interview with him below:

What inspired you to make this movie?

I was procrastinating from writing one day, as I’m wont to do, and fell down the rabbit hole with a bunch of step show videos. I came across a video of a white sorority (Zeta Tau Alpha) who won a big step show, Ludacris presented them with a $100,000 check. I was really intrigued by the difference in reactions. The black sororities on stage ranged from indifferent to furious, but the crowd was going apeshit with applause and hollers both during ZTA’s performance and when their win was announced. So I saw that there were a variety of opinions about the propriety of white greeks stepping, and I wanted to explore those in the movie. In subsequent procrastinations, which I could now call “research,” I saw more examples of black greeks teaching white greeks to step and stroll, and examples of them stepping and strolling together. Seeing that unity across racial lines gave me hope in a time when we’re getting more and more divided in this country.

We know that you are an Alpha, but are there any other D9 members who worked on the film that we should highlight?

Ben Cory Jones, one of our producers (also a writer for HBO’s Insecure) is a Kappa from Morehouse. He’s been a friend for years, so I was thrilled to have him jump on and produce the shit out of this movie along with the incomparable Lena Waithe and Josh Reinhold.

Did you and Netflix expect to there to be a passionate response from certain members in the Black fraternity and sorority after the release of the trailer?

We all expected passionate responses. Any time you’re talking about race people are going to have strong feelings because it’s one of the most complicated, divisive issues in America. I understand people’s reactions from the trailer. Trailers have to convey so much in such a short period of time. Our trailer may not have totally conveyed that the movie is a conversation about race and cultural appropriation versus cultural exchange. We (as black greeks, and black folks in general) are understandably sensitive to our art forms being adopted by others without their giving us credit or fully understanding where the art comes from. Watching the movie, people will see that that’s not what this is about.

As the conversation around some recent films and TV shows about Black greek culture demonstrates, the Divine Nine community is often critical of members who exploit the culture to outsiders to advance their careers. Interestingly, you depict this dynamic in the film: the main character coaches a white sorority’s step team to get into law school and shamed by her sorors for it. Do you think these concerns about members exploiting the culture for personal gain are valid in real life?

They are absolutely valid. Jamilah, our main character, is pressured into teaching the white sorority to step. The shaming she gets from her sorors shows her she probably made the wrong decision. I think that’s what makes her a flawed character, which is necessary in a movie to create conflict and give her room to grow in her character arc. But certain things in various cultures have such deep meaning to people that we want to put them out there, not specifically for white people’s benefit but because it’s something we’re proud of. We see examples of people expressing pride in their cultural traditions all the time, and exhibiting doesn’t always equal exploitation.

As man of Alpha Phi Alpha, what made you tell a story about black sororities instead black fraternities?

The biggest reason is that the video I saw happened to be about women stepping, so that’s just where my brain went when I formulated the story. But in doing so, and getting feedback from actresses in our table read process, it was clear to me that women in the age range we’re depicting are usually only offered roles as the girlfriend – a function of a male character. And they’re not often depicted three dimensionally with their own fears, goals, and perspectives. And this was something I wanted to fight against. Plus I grew up around, and continue to surround myself with countless smart, hilarious, dynamic women – my Mom (Saundra) and sister (Onya) are both AKA’s. And I find women can sometimes be more fun to write.

One particularly memorable quote in the film is when Jamilah says, “races can’t own things.” The film returns to this stance when Hampton’s team wears Chinese style attire during the final step show. We are interested in knowing, do you believe cultural appropriation exists? If so, does it matter?

I believe it exists and it does matter. By definition it only exists when the appropriators take something from a culture while claiming it as their own invention and continuing to subjugate the culture it has taken from. We’ve all seen tons of different culture-themed step routines, but since we aren’t in a position to subjugate the cultures we’re sampling it can’t be defined as cultural appropriation. And we share many of the struggles of those other cultures, so our representation of them are typically done with admiration and respect.

One of the standout interactions in the film is when Jamilah speaks to the black girl in the white sorority, who reveals that she didn’t make black sorority’s line because they felt she acted “too white.” Do you see this as an issue facing the Black greek community?

I think that varies from organization to organization and chapter to chapter. I’ve seen all sorts of reasons why prospective members aren’t selected. I’m not sure how pervasive the “acting too white” thing is, but it’s certainly one I’ve heard of before. One of the greatest things about our organizations is the diversity that exists within them; people from different nationalities, family structures, socioeconomic backgrounds, professional goals, personal interests, sexualities, etc. That scene was intended to make people think about the reasons we accept or reject prospects. Sometimes they can be that shallow. Luckily my big brothers didn’t discriminate based on anything that surface-y or I wouldn’t have gotten in!

Another thing that we noticed in the film is that the black fraternity helps the white sorority learn to step, but the black sorority won’t. Is there a specific message that Step Sisters trying to telling us about race and gender here?

No, that idea came from the director, Charles Stone. He thought it would be a more cinematic way to express the lesson about getting intense. And I think that having a frat rather than a sorority allowed them to teach that lesson without the natural competition that tends to occur between organizations of the same gender.

With this film and Dear White People under your belt, what can we expect to see from you in the near future?

I just finished writing a script from an idea T.I. had. He’s producing and starring it, and right now we’re shopping it to distributors. It’s a comedy about teen girl singing groups. We don’t have a title just yet, but we’re working on it! Besides that, I have pilot I’m trying to sell, another TV show I’m competing to create, and a few movie pitches I’m working on. I’m trying to stay as busy possible while we’re on hiatus from Dear White People. Nothing is more rewarding and relaxing than productivity!

Share this on Facebook and let us know what you think about the film and Hayward’s responses.