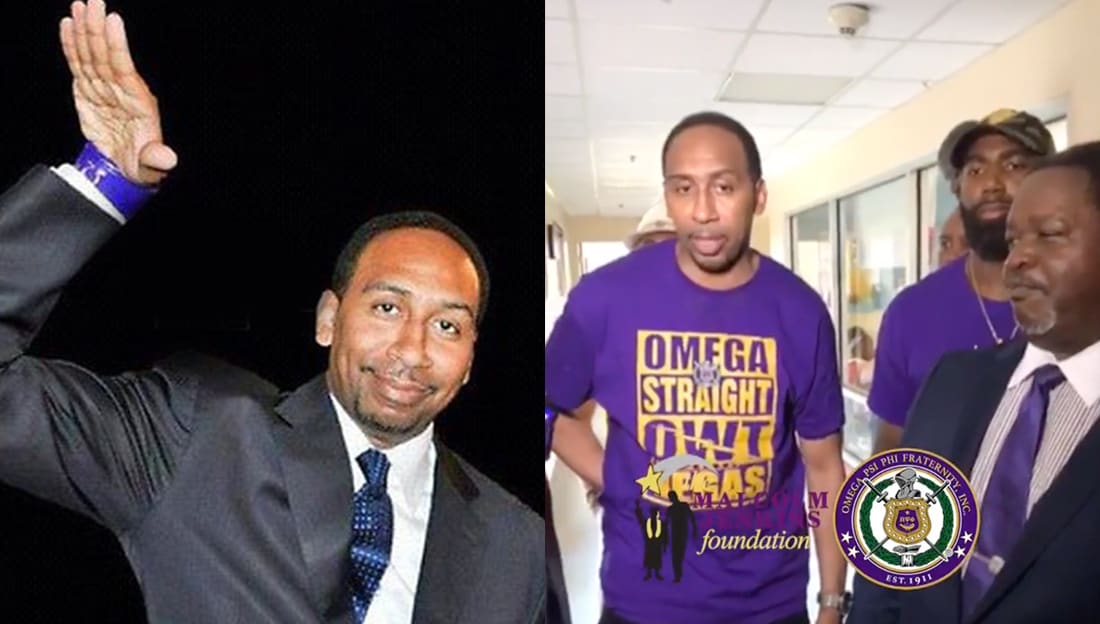 Stephen A. Smith is a proud member of Omega Psi Phi Fraternity, Inc. and he let people know it while being interviewed after hosting an event with the Malcolm Jenkins Foundation and Omega Psi Phi at the Grand Conclave in New Orleans on Saturday.

Smith, an honorary member of the fraternity, helped host the Get Ready Fest outreach event at the Kingsley House which gave 500 families 20 pounds of food each as well as school supplies, haircuts, job resources and other assistance.

“When you think about Omega Psi Phi the one thing we’re associated with is excellence. We’re constantly striving to be great.” he told Terry Spicer of Epiphany Public Relations in an interview.

“We’ve lived up to our reputation, make no mistake about it. It’s about uplifting the community, uplifting our youth and making sure that we send a positive message for them, that we inspire them to move forward. Because when you’re a part of any kind of desolate or disenfranchised community you have the odds stacked against you. When somebody reaches back to uplift you it ultimately inspires you to do the same down the line and thats what really this is all about.”

Stephen also opened up about the brotherhood of Omega Psi Phi.

“For me it is personal. I lost my brother in a car accident in 1992. A lot of these bruh in this fraternity, they’ve been my friends for many many years. And so to me, it is a brotherhood and not just a fraternity and to have these guys always watching my back is a very very special thing to me personally.