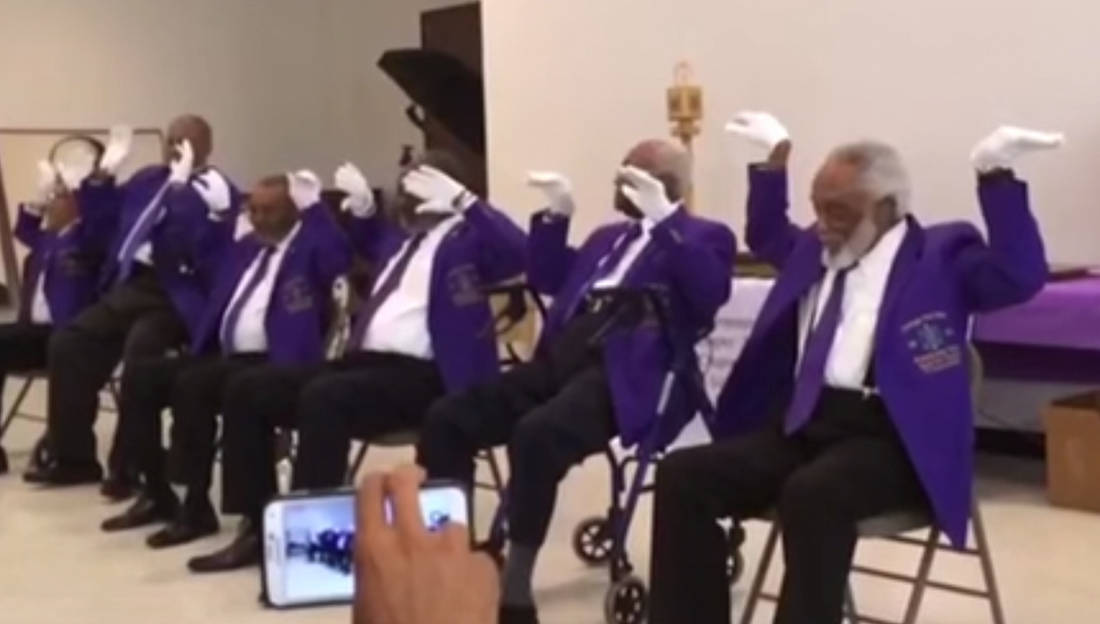 If you love black fraternity and sorority culture, this video is about to MAKE YOUR DAY.

The Nu Phi Chapter of Omega Psi Phi Fraternity Inc. in Houston recently celebrated their 90th Anniversary and one of the highlights of the festivities was when the seasoned Bruhz, who had each been in the fraternity for at least 60 years SET IT OWT and performed a hop show to let the younger Bruhz know that “Enthusiasm” never ages.

Check out this video of these brothers of Omega Psi Phi setting it out! The video includes Brother Ira Scott who is the 5th oldest member of the fraternity. Brother Scott is 99 years old and was initiated into Omega Psi Phi in 1937.

The Nu Phi chapter has been around for 90 years and according to their website,

“In the Spring of 1926, a group of young Black Businessmen and professional men were meeting at a social gathering when one of the men suggested the need to organize a fraternal organization for Black college men. These men put their thoughts together and decided that they wanted to become part of the Omega Psi Phi fraternity. Within a week these men were ready to start meeting formally in order to put together their ideas. This first meeting was held at the Odd’s Fellow Temple in Downtown Houston. James Nabrit, an Omega Man from Howard University, and Carter Wesley brought papers on how to organize a chapter. Brother James Nabrit acted as chairman and conducted this meeting. Goals and objectives for the chapter were drawn up in July of 1926. The men of Houston, Texas were granted a chapter and it was named Nu Phi.”