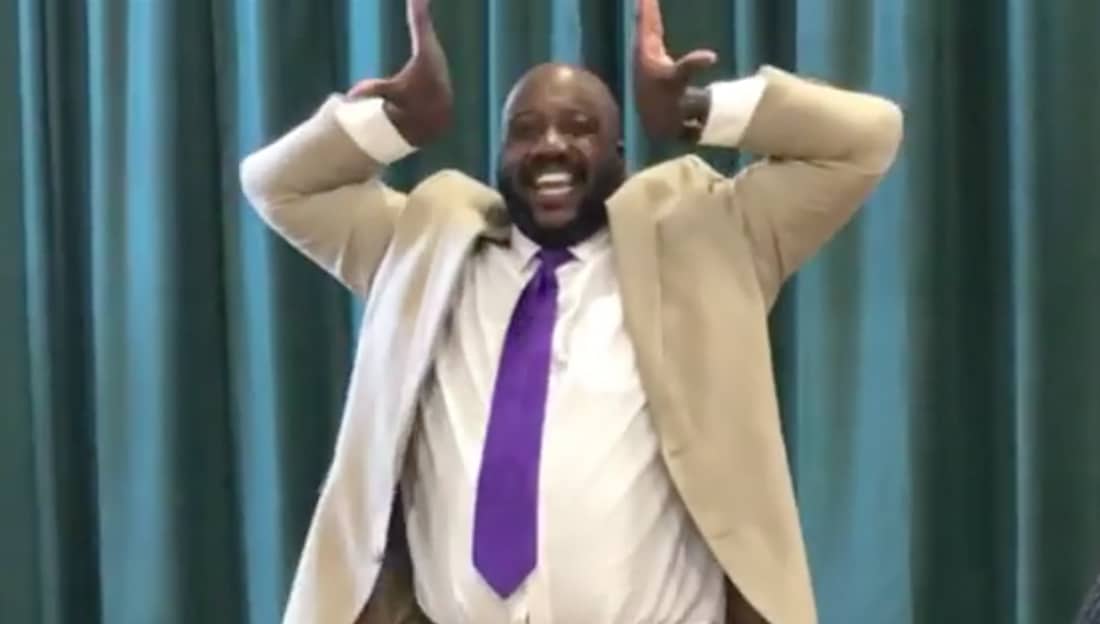 Principal Mosley, a member of Omega Psi Phi, did a hop for his students during the elementary school’s 2018 Black Heritage Program and the video which was posted to the school’s official Facebook page took off.

We at Watch The Yard love this video because it proves once again that members of Black fraternities are influential members in their communities and role models for the children. His students truly adore him!

Watch the video below and watch this brother SET IT OWT in front of his school!