We at Watch The Yard love to showcase fatherhood and positive images and while looking through images for The Top Black Fraternity/Sorority Graduation Pictures From the Spring 2017 Graduating Class we stumbled across a set of pictures of a brother of Kappa Alpha Psi who took his graduation pictures with his daughter that made our heart skip a beat.

The pictures were posted to Instagram by Dimitri Watkins (@kappa_meech), a Spring 2014 initiate of Kappa Alpha Psi’s Zeta Chapter at The Ohio State University. They feature him with his daughter, Charlie, who is almost two, on the campus of the university. But it wasn’t just the pictures that made us smile, the caption made our day.

They feature him with his daughter, Charlie, who is almost two, on the campus of the university and the caption made our day. 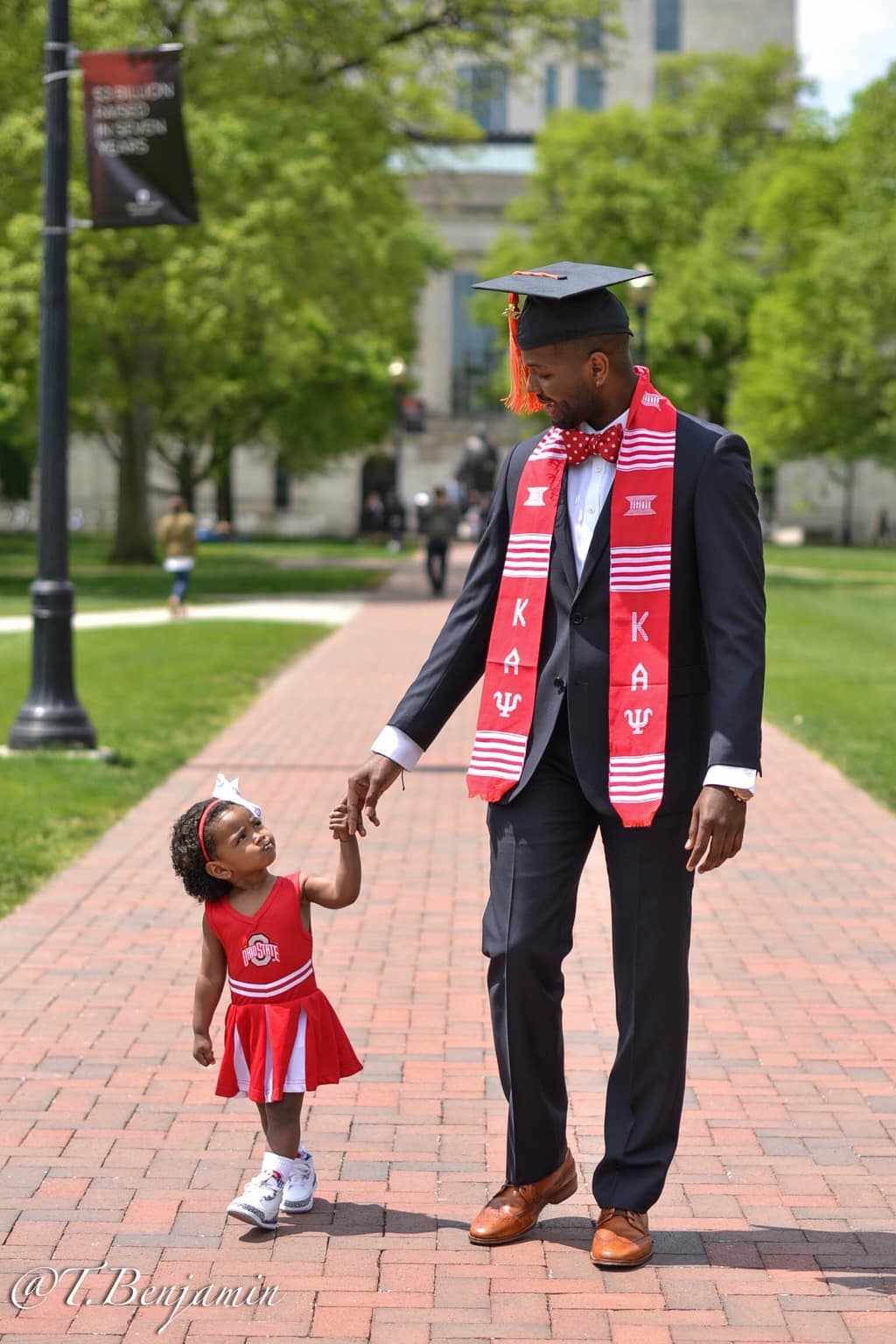 “…When all our student days are done, and we from school must go…,” he captioned the photo.

“On May 7, 2017, I’ll be graduating with two degrees, Electrical Engineering & Aviation. Growing up in Memphis, along with enlisting in the Air Force, have led me to this moment. Not everything has been perfect, but definitely worth it. Thank GOD for growth.

Charlotte Ann, Charlotte Ann. From watching YouTube videos to learn how to do hair, to all the memories we make. If you know me, you know how much baby girl means to me. I graduated, now she’ll know she can.” 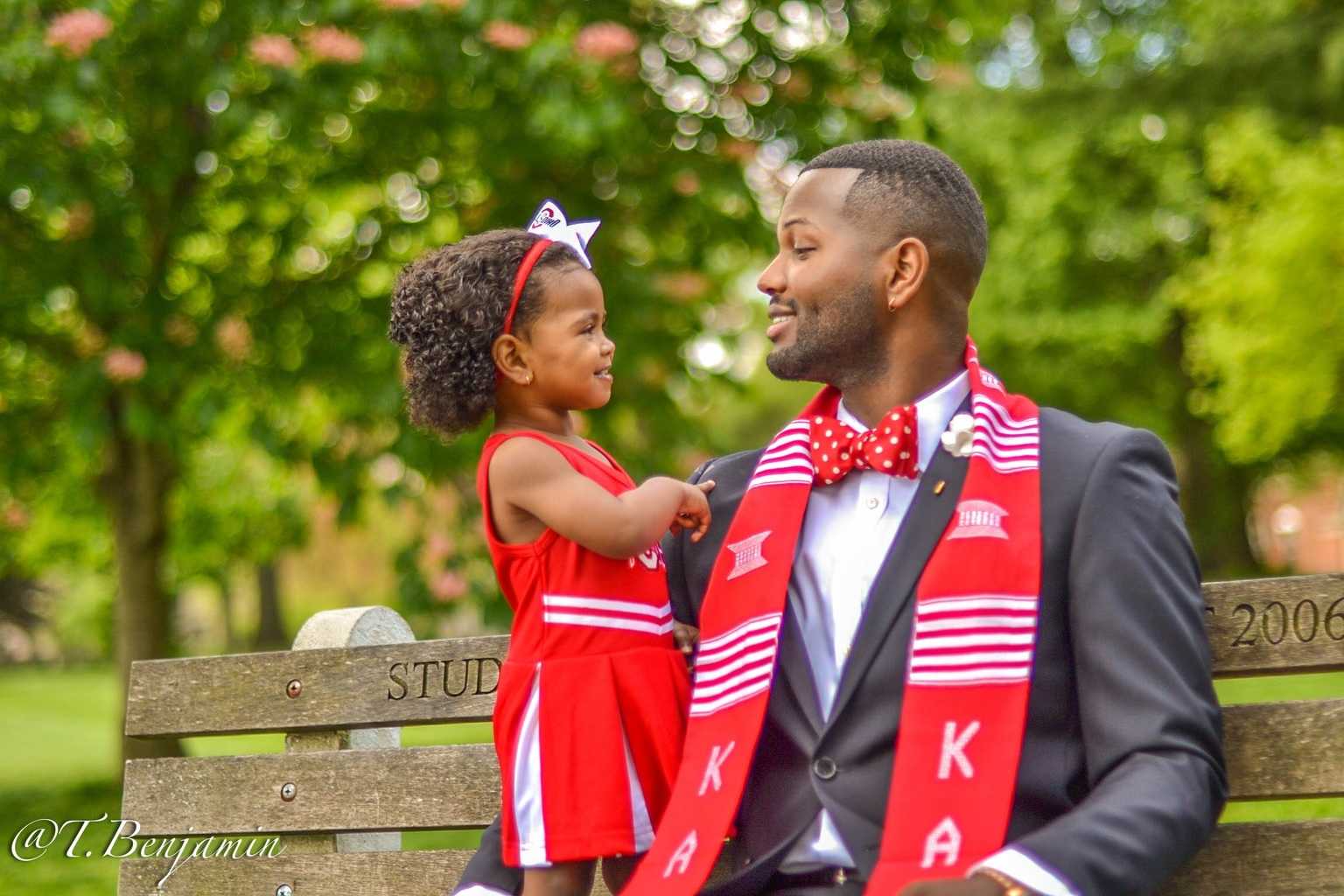 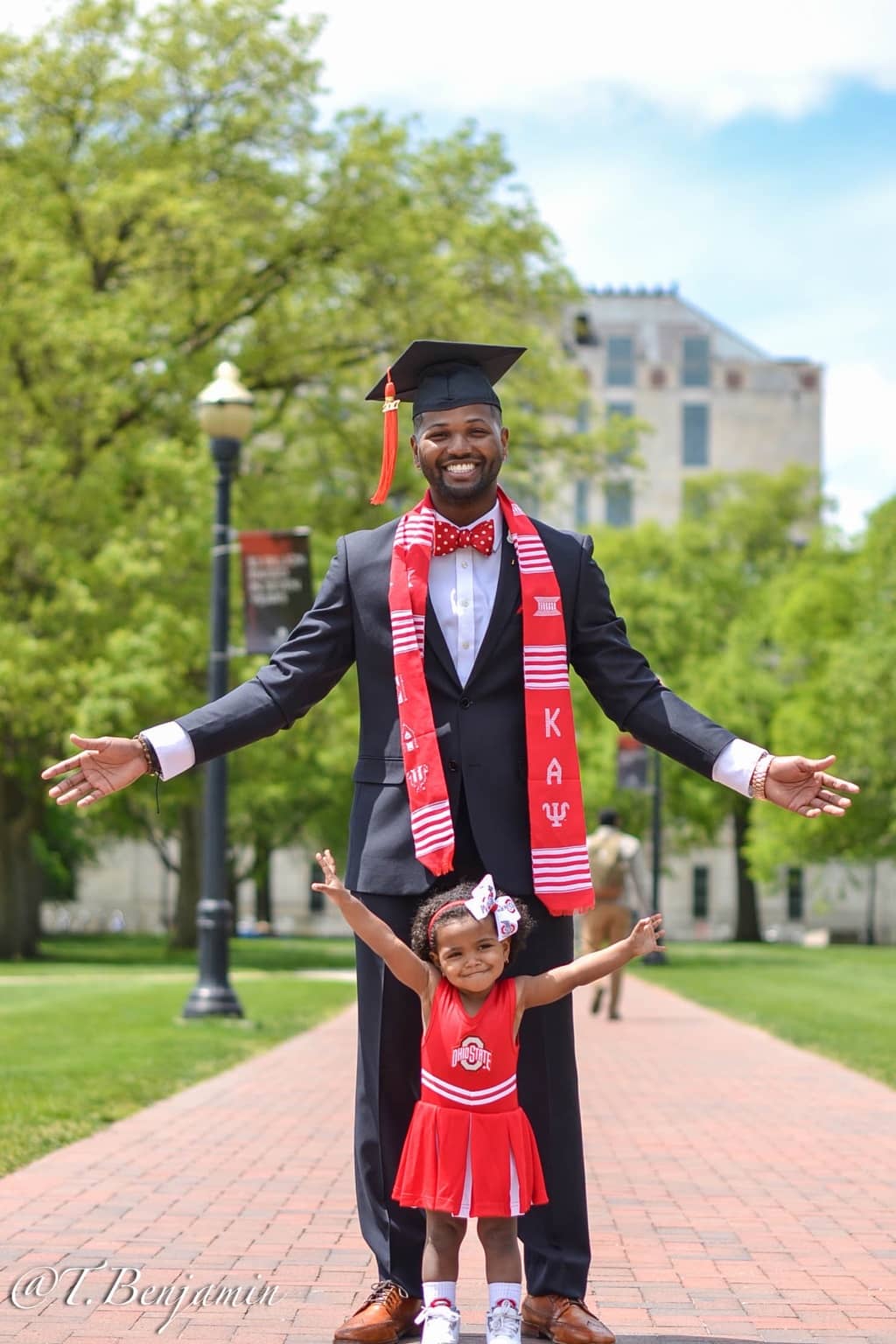 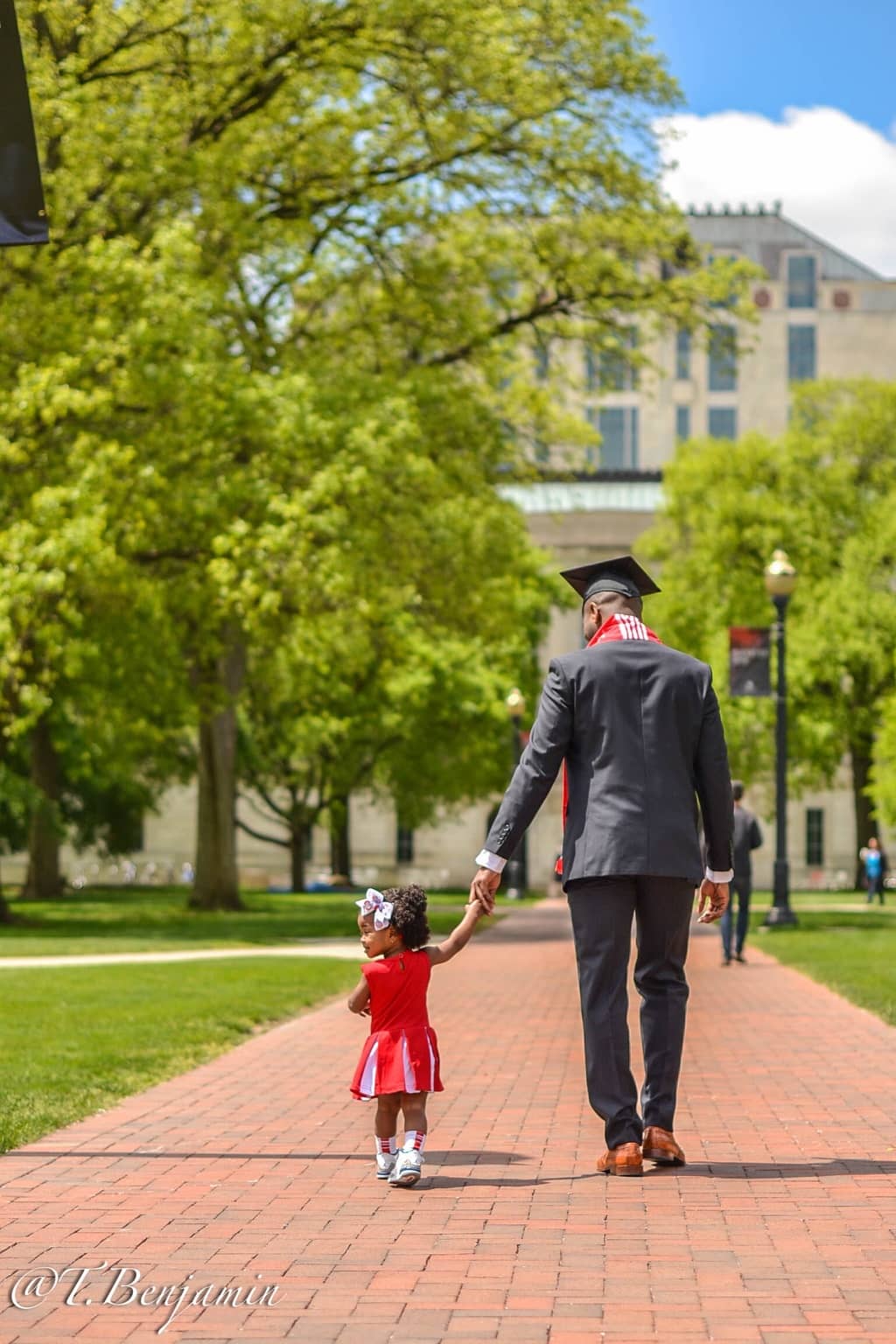 We at WatchTheYard.com reached out to Watkins and he opened up about how Kappa influenced his life.

“For me, being a kappa man means exuding excellence in all that you do. Not only has it opened doors for me as a former polemarch, but also placed me in situations that allowed me to grow and expand my horizons.

With that, becoming a father has definitely changed my life. Raising my daughter has definitely become the top priority in my life, and I’d like to think that Kappa, along with the military, has matured me and given me core values that would always ensure that I’m being a great dad.” 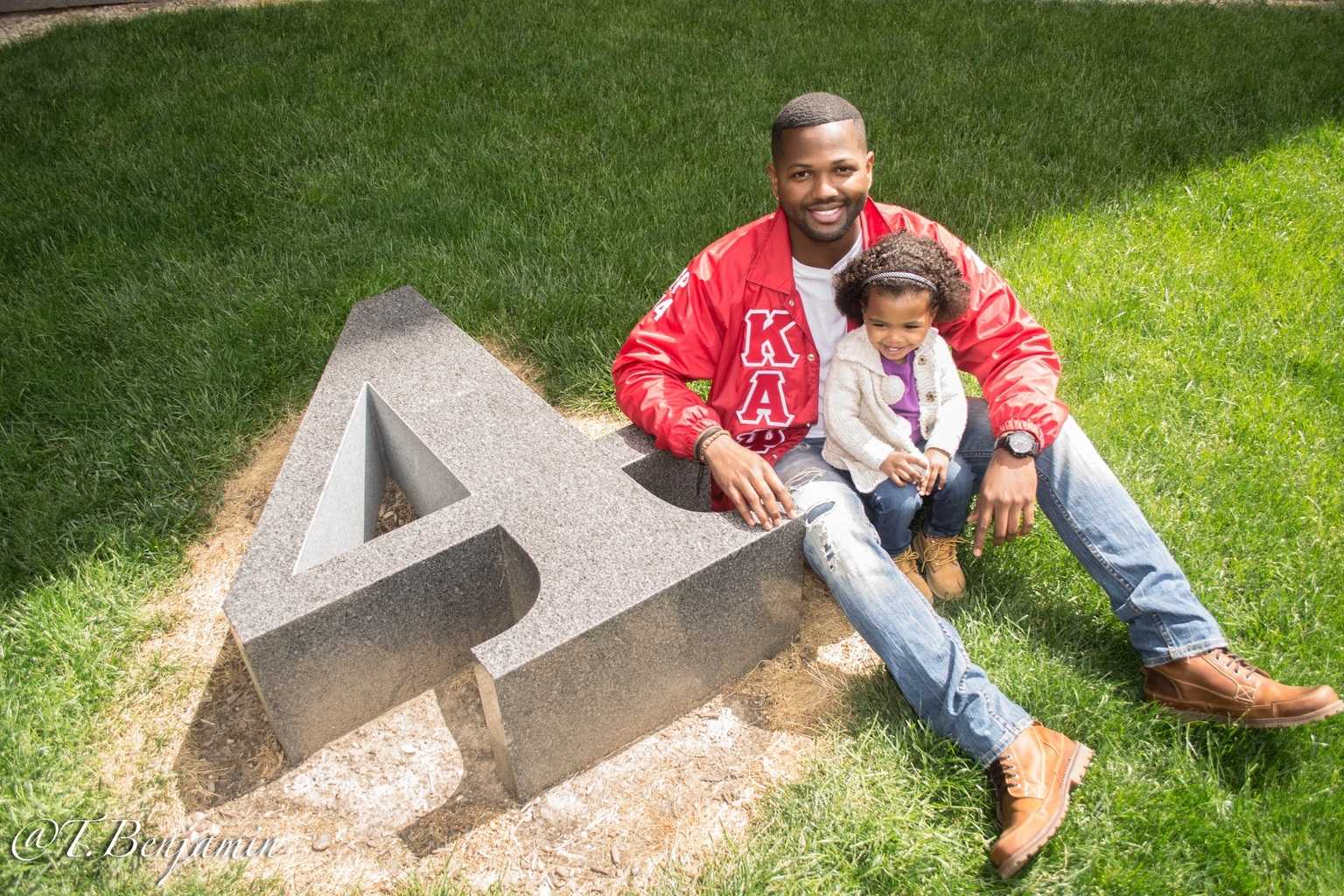 The pictures were shot by Omega Psi Phi photographer @t.benjamin. 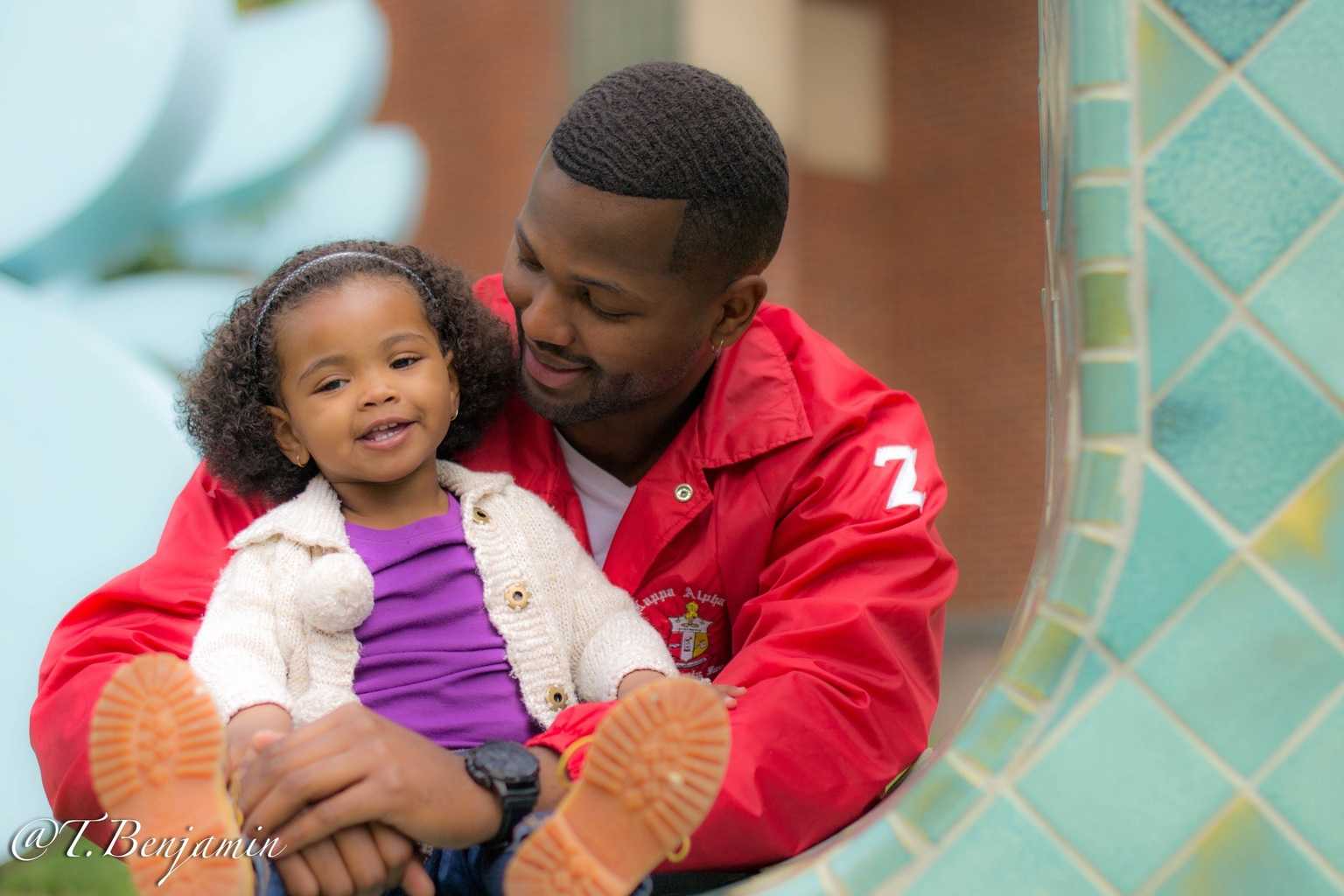