In honor of their 106th Founder’s Day, our close friends over at The Shadow League are honoring the 12 greatest Nupes to ever do it up on the hardwood.

Kittles is Villanova’s all-time career leader in points and steals and thrived in a vicious Big East Conference at the time that featured Allen Iverson at Georgetown and Ray Allen at UCONN.

If you don’t remember him getting busy in college, or in his prime as Jason Kidd’s backcourt mate when the Nets made back-to-back appearances in the NBA Finals in 2002 and 2003, go back and check the videotape. Kerry Kittles got it in!

“The Big Smooth” was part of North Carolina’s delicious triumvirate with Michael Jordan and James Worthy when they won the national championship in 1982. One of the greatest players in ACC history, he was the first player in Mavericks history to score 30 points and grab 20 rebounds in a game.

Dirk Nowitzki would be the second, accomplishing the feat 17 years later. The Brooklyn native played in the NBA Finals with the Lakers, Sonics and the Pacers in 1991, 1996 and 2000.

The Philadelphia native helped John Wooden win his first national championship at UCLA in 1964, kicking off the greatest dynasty in the history of college basketball with his MVP performance in the NCAA Tournament. 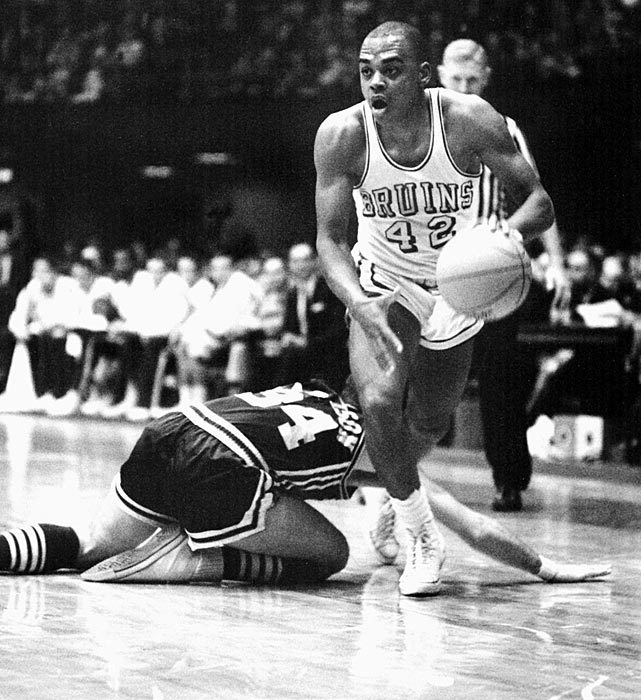 An Olympic Gold Medalist in 1964, he was also the #1 overall pick in the NBA Draft that year by the Lakers. His best year as a pro came during the ’67-’68 season when he averaged 24 points, six rebounds and four assists for Seattle.

Houston graduated from the University of Tennessee as the Volunteers’ all-time leading scorer in 1993. By his third year in the NBA, he was regularly dropping 20+ points per game with an offensive repertoire that remains criminally underappreciated.

He will forever be loved by Knicks fans for helping the 1999 squad make it to the NBA Finals. In the summer of 2000, he won an Olympic Gold Medal with Team USA in Sydney, Australia.

The four-time All-Star was born in Panama and raised in Brooklyn, New York, where he lit it up at William E. Grady High School.  One of the greatest players in the history of Kansas State University’s hoops program, he was a starter on the 1980 U.S. Olympic Team that boycotted the Moscow Games.

The first Panamanian-born player in the NBA, Blackman was a four-time All-Star who spent most of his pro career with the Dallas Mavericks. His final NBA seasons were spent with the Knicks, with whom he appeared in the 1994 Finals against the Houston Rockets.

A Chicago native, Russell won three straight Big Ten Conference championships and led the University of Michigan to consecutive Final Four appearances in 1964 and 1965. Young folks might associate Crisler Arena with the Fab Five’s greatness in the early ’90s, but old timers refer to it as “The House That Cazzie Built.” The first overall pick in the 1966 NBA Draft, Russell was a member of the New York Knicks beloved 1970 championship team.

If his career was not sabotaged by injuries, Penny could have gone down as being a better, more complete and athletic version of Magic Johnson. In his prime years, his talent was breathtaking. He averaged 37 points, 10 rebounds, six assists, four steals and three blocked shots per game coming out of high school in Memphis and is considered by many to be one of the greatest prep players ever, along with guys like Kareem Abdul-Jabbar and LeBron James.

Penny was a key member of the only squad, the 1992 USA Basketball Developmental Team, to ever defeat Magic Johnson, Charles Barkley and Michael Jordan’s ’92 Dream Team. As a rookie, he led the Orlando Magic to a 50-win season and their first ever playoff berth. If he’d never been injured, Penny would be mentioned alongside Magic and Isiah Thomas as the best point guards ever. And he gets this high on this list, not only because of his potential, but because Lil’ Penny was the coolest dude ever in the history of advertising.

English was the first player to score 2,000 points in eight consecutive NBA seasons. One of the greatest scorers ever, he averaged 22 points and six rebounds per game and was an eight-time All-Star during his 16-year NBA career. His first few years in the league with Milwaukee and Indiana were rather uneventful, but he began assaulting the NBA’s scoring records beginning in 1980 as a member of the Denver Nuggets.

For a full decade through 1990, he was the league’s highest scoring player and helped the franchise reach the Western Conference Finals in 1985. No player scored more in the 1980’s than the much-slept-on Alex English, one of the coldest offensive weapons ever. 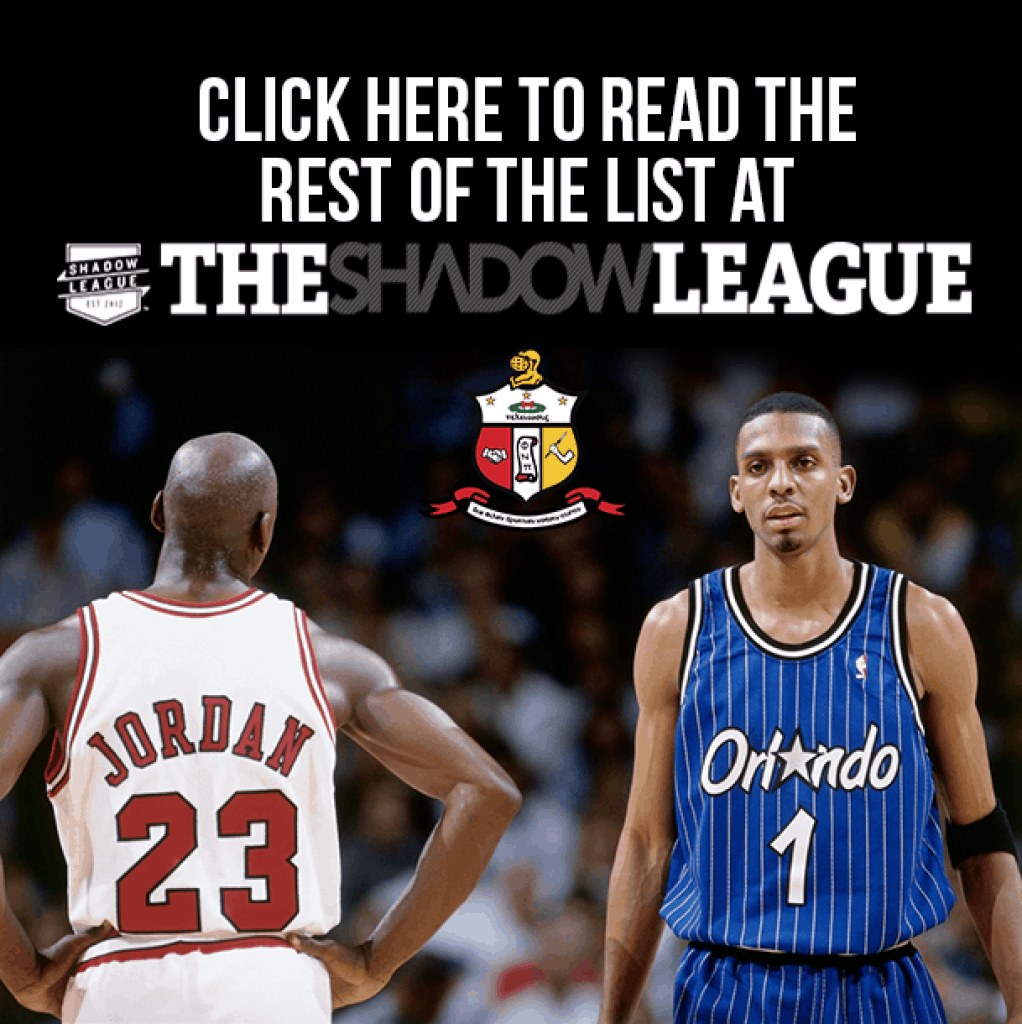