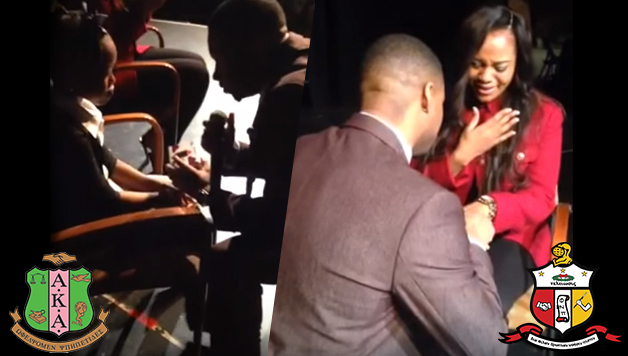 The man in the video is Kappa Alpha Psi member Stephen Hill and he asked his girlfriend Ashley Willis of Alpha Kappa Alpha and her daughter to come to the stage last Friday at the 2015 NPHC Yard Show.

He sits both of them down on chairs and takes a knee in front of his girlfriend’s daughter and gives her an apple watch that has his number on speed-dial.

“Look at me” he says to her with a stern but loving voice. “I want to be your father.”

He then hugs her and proposes to the child’s mother and let’s just say there is a good chance that by this point in the video your eyes might get a little watery.

Shout out to Alvin Cade, Jr. for shooting and submitting this video. 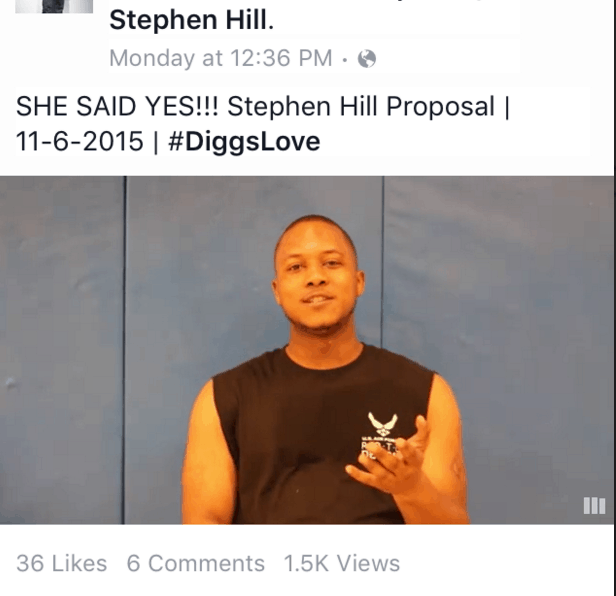