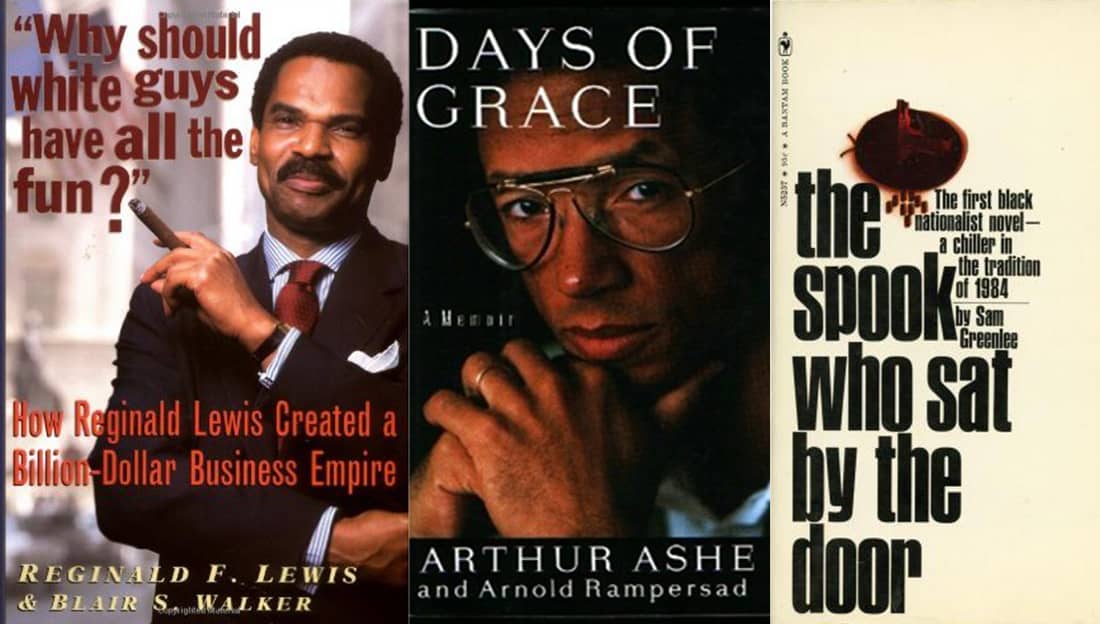 When the brothers of Kappa Alpha Psi talk about “Achievement in Every Field of Human Endeavor” being great authors is one thing that is not passed up on.

To celebrate Black History this month, we at Watch The Yard have created a list of some of our favorite books authored by members of the Black fraternity.

Check out the list below as well as links where you can buy the books in paperback or digital form to add to your collections.

1. Why Should White Guys Have All the Fun?: How Reginald Lewis Created a Billion-Dollar Business Empire 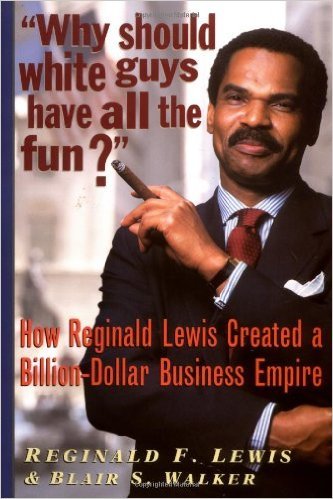 “Why Should White Guys Have All the Fun? is the inspiring story of Reginald Lewis: lawyer, Wall Street wizard, philanthropist — and the wealthiest black man in American history.

When six-year-old Reginald Lewis overheard his grandparents discussing employment discrimination against African Americans, he asked, “Why should white guys have all the fun?” This self-assured child would grow up to become the CEO of Beatrice International and one of the most successful entrepreneurs ever. At the time of his death in 1993, his personal fortune was estimated in excess of $400 million and his vast commercial empire spanned four continents. Despite the notoriety surrounding Lewis’s financial coups, little has been written about the life of this remarkable man. Based on Lewis’s unfinished autobiography, as well as scores of interviews with family, friends, and colleagues, the book cuts through the myth and media hype to reveal the man behind the legend. What emerges is a vivid portrait of a proud, fiercely determined individual with a razor-sharp tongue — and an intellect to match — who would settle for nothing less than excellence from himself and others.” Buy it here

2.The Spook Who Sat By The Door 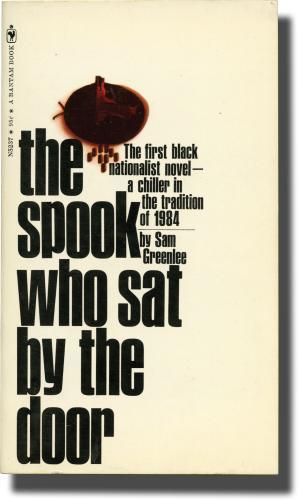 “An explosive, award-winning novel in the black literary tradition, “The Spook Who Sat By The Door

” is both a satire of the civil rights problems in the United States in the late 1960s and a serious attempt to focus on the issue of black militancy.

Dan Freeman, the “spook who sat by the door,” is enlisted in the CIA’s elitist espionage program. Upon mastering agency tactics, however, he drops out to train young Chicago blacks as “Freedom Fighters.” As a story of one man’s reaction to ruling-class hypocrisy, the book is autobiographical and personal. As a tale of a man’s reaction to oppression, it is universal. –This text refers to an out of print or unavailable edition of this title. Buy it here

3. Nobody: Casualties of America’s War on the Vulnerable, from Ferguson to Flint and Beyond 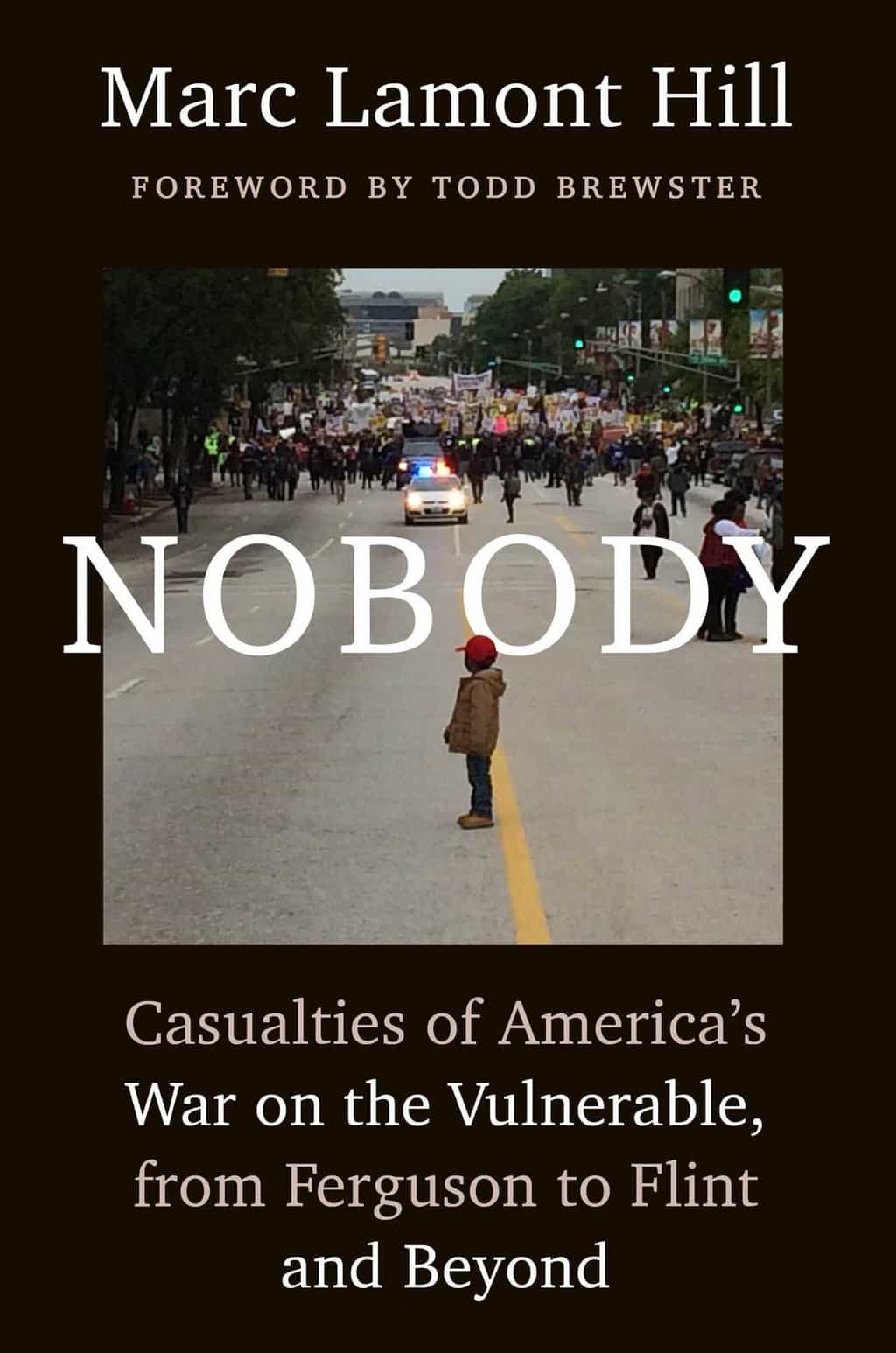 “In Nobody, scholar and journalist Marc Lamont Hill presents a powerful and thought-provoking analysis of race and class by examining a growing crisis in America: the existence of a group of citizens who are made vulnerable, exploitable and disposable through the machinery of unregulated capitalism, public policy, and social practice. These are the people considered “Nobody” in contemporary America. Through on-the-ground reporting and careful research, Hill shows how this Nobody class has emerged over time and how forces in America have worked to preserve and exploit it in ways that are both humiliating and harmful.

To make his case, Hill carefully reconsiders the details of tragic events like the deaths of Michael Brown, Sandra Bland, and Freddie Gray, and the water crisis in Flint, Michigan. He delves deeply into a host of alarming trends including mass incarceration, overly aggressive policing, broken court systems, shrinking job markets, and the privatization of public resources, showing time and time again the ways the current system is designed to worsen the plight of the vulnerable.” Buy it here 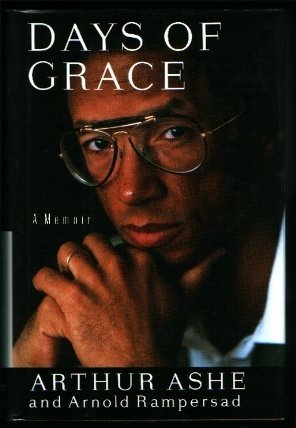 “An introspective and poignant book that is well-worth reading. With the help of Langston Hughes’s biographer, Ashe has written a very absorbing account of his life. He tells of his mother’s death when he was six years old and the strong influence of his loving but demanding father that stood him in good stead when he entered the all-white world of tennis in the 1960s. He recounts his athletic career and the difficulties he experienced on the court with players such as John McEnroe and Jimmy Connors. But the major portion of the book focuses on the 1980s, during which time he had two heart operations and contracted the AIDS virus via a blood transfusion. Although not a homosexual, Ashe became a sympathetic activist for the gay community. He was very vocal in his last years, speaking out against prejudice towards AIDS victims, racism, apartheid, and U.S. policy towards Haitians wishing to enter this country. This is the inspiring story of a premier athlete and a fine human being who cared passionately about his profession, his family, and the causes he embraced.”
– Pat Royal, Crossland High School, Camp Springs, MD 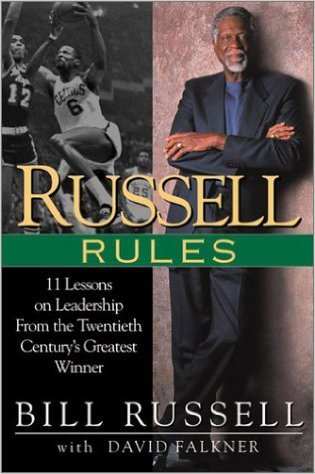 “He has been hailed as the greatest team player of the twentieth century. In Russell Rules, the star center of the Boston Celtics and five-time NBA Most Valuable Player reveals the eleven essential steps to attaining success in your professional and personal lives.”

6. And the Walls Came Tumbling Down: An Autobiography 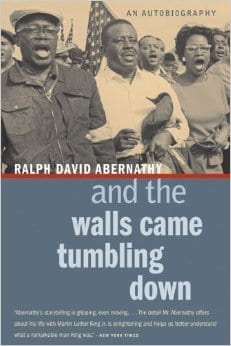 “Originally published in 1989, this beautifully written autobiography of the Rev. Dr. Ralph David Abernathy—Martin Luther King Jr.’s partner and eventual successor—not only tells his own story but also expounds on the leaders he knew intimately, including King, Jesse Jackson, Andrew Young, and Lyndon Johnson, among others. Revealing the planning that went into major protests and the negotiations that brought them to a close, Abernathy chronicles a movement, recalling the bitter defeats they faced, the misery and deaths they suffered. Amidst these struggles, though, he celebrates the victories that integrated communities, gave economic and political power to the disenfranchised, and brought hope to people who had not dreamed of it. Throughout, Abernathy’s close relationship with King is central to the story—and to the civil rights movement. In 1956, when Rosa Parks was arrested for refusing to give up her seat on a Montgomery bus, it was Abernathy who enlisted King to join the protest. Together, they led the landmark bus boycott for 381 days, during which Abernathy’s house was bombed and his church dynamited. From there, the two helped found the Southern Christian Leadership Conference (SCLC), and they were jailed together more than 40 times. Their protests and marches took them all over the South—Selma, Albany, Birmingham—and to Washington and Chicago as well. An unsung hero of his era, Abernathy’s inspiring memoir ultimately shows how their victories, and even their setbacks, led to social and legislative changes across the entire country.” Buy it here 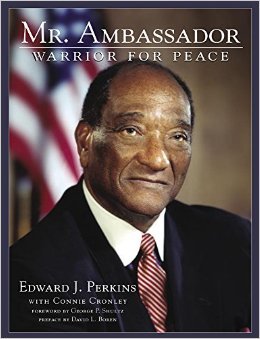 “Apartheid South Africa was on fire around me.”

As he fulfilled that assignment, Perkins was scourged by the American press, despised by the Afrikaner government, hissed at by white South African citizens, and initially boycotted by black South African revolutionaries, including Archbishop Desmond Tutu. His advice to President-elect George H. W. Bush helped modify American policy and hasten the release of Nelson Mandela and others from prison.

Perkins’s up-by-your-bootstraps life took him from a cotton farm in segregated Louisiana to the white elite Foreign Service, where he became the first black officer to ascend to the top position of director general.