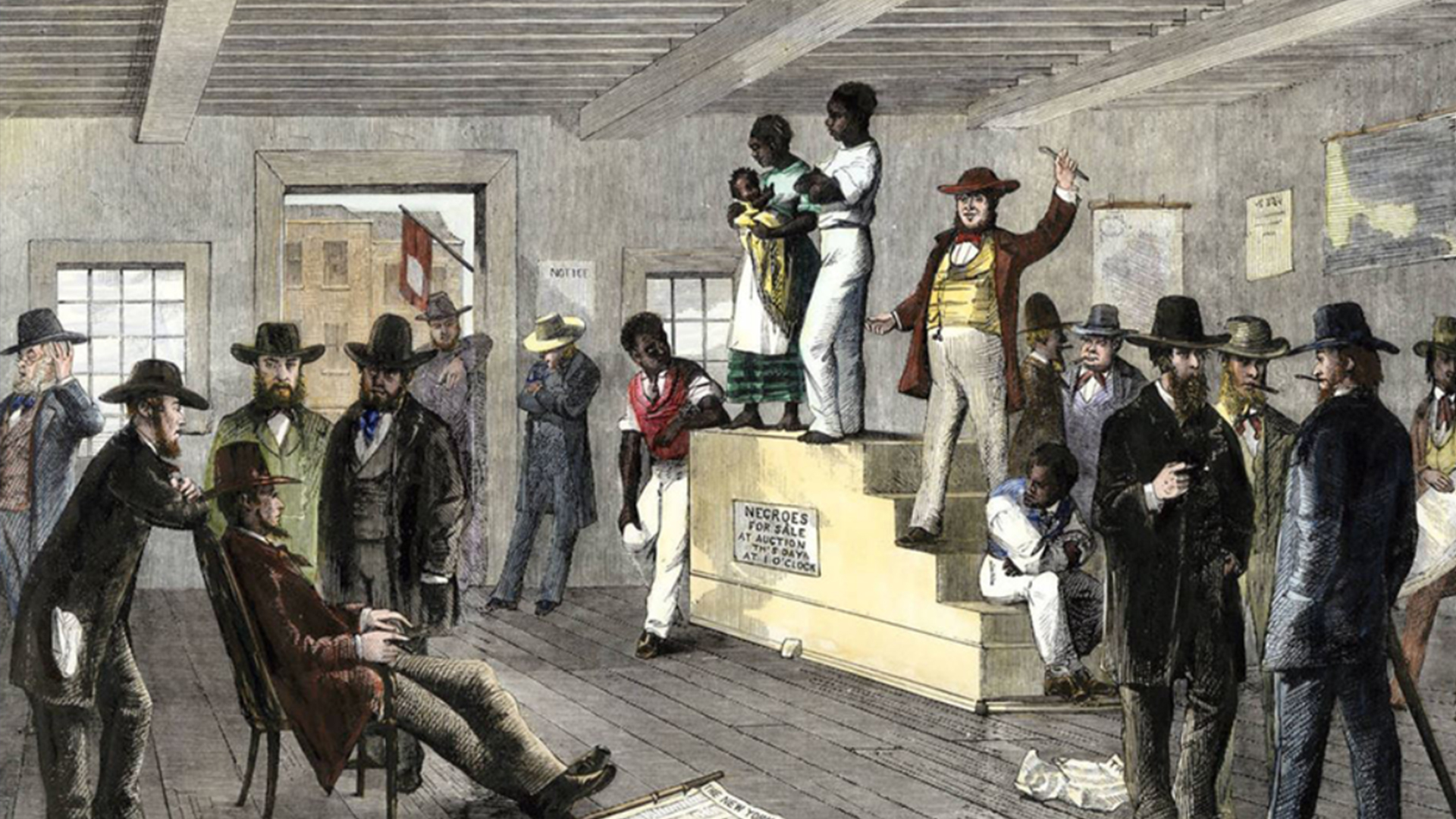 While searching through online newspaper archives we came across the story of a man named Jack Campbell who claimed to be the last slave auctioneer alive in 1884.

At the time, Campbell was 72 years old and claimed that before slavery was abolished he would sell between 500 and 600 slaves a year. His gruesome account of selling Black people across the United States shows the brutality of the institution of slavery and nonchalant retelling of selling Black women is very disturbing.

This first hand account of his story was published on October 2nd, 1884 in The Northern Pacific Farmer Newspaper but was originally published in the Boston Globe. 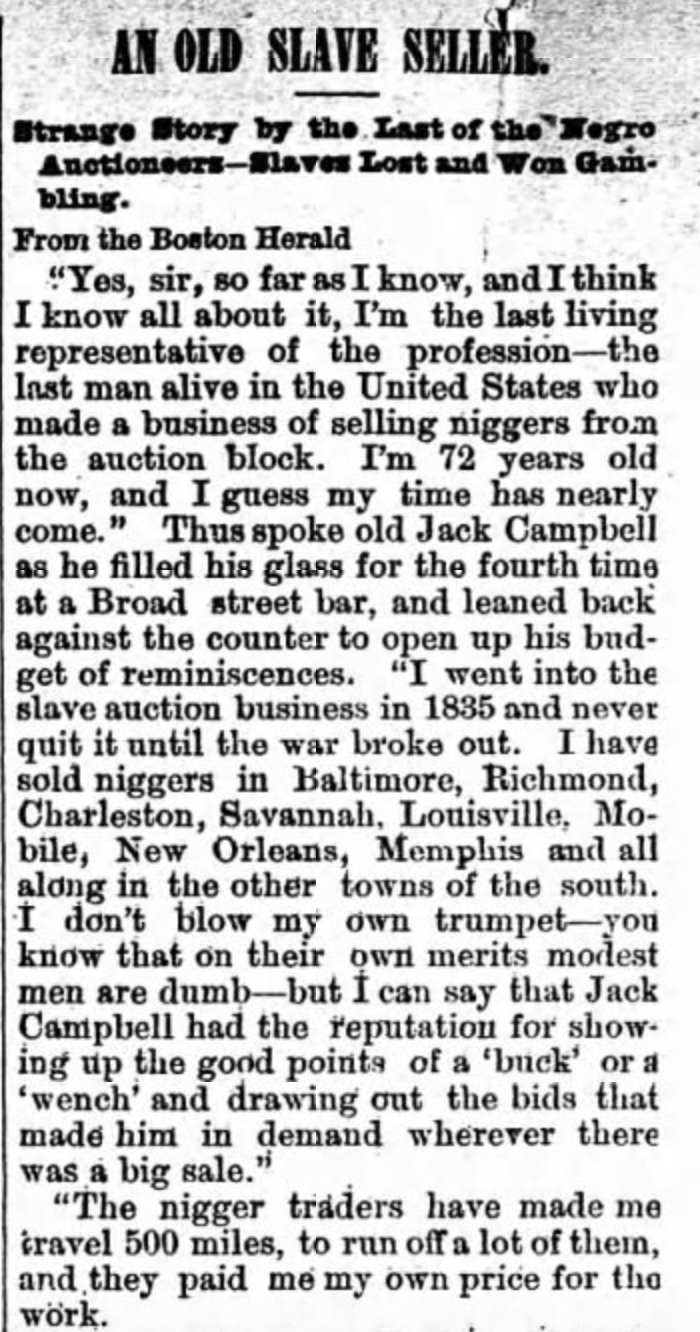 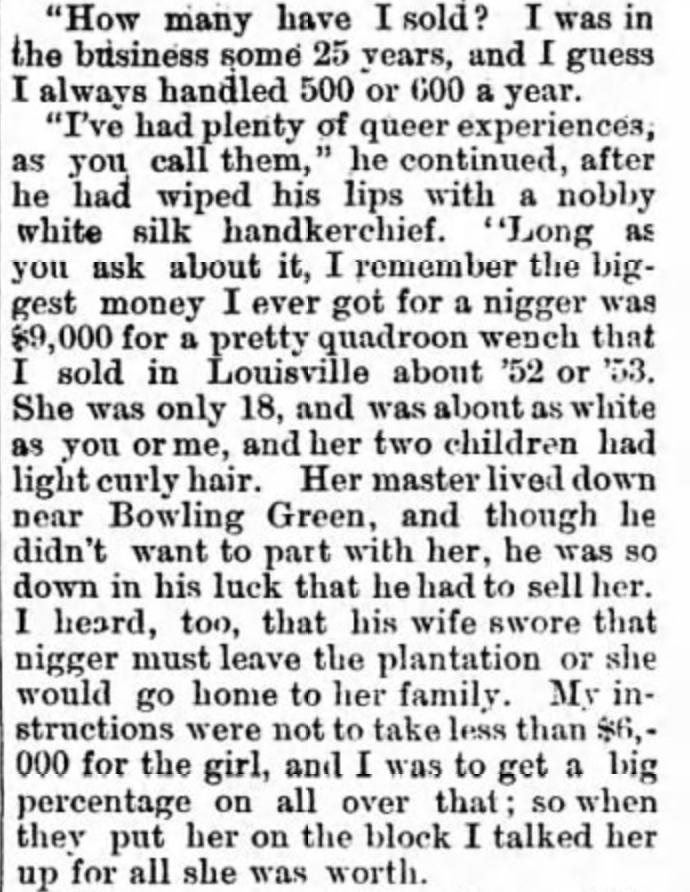 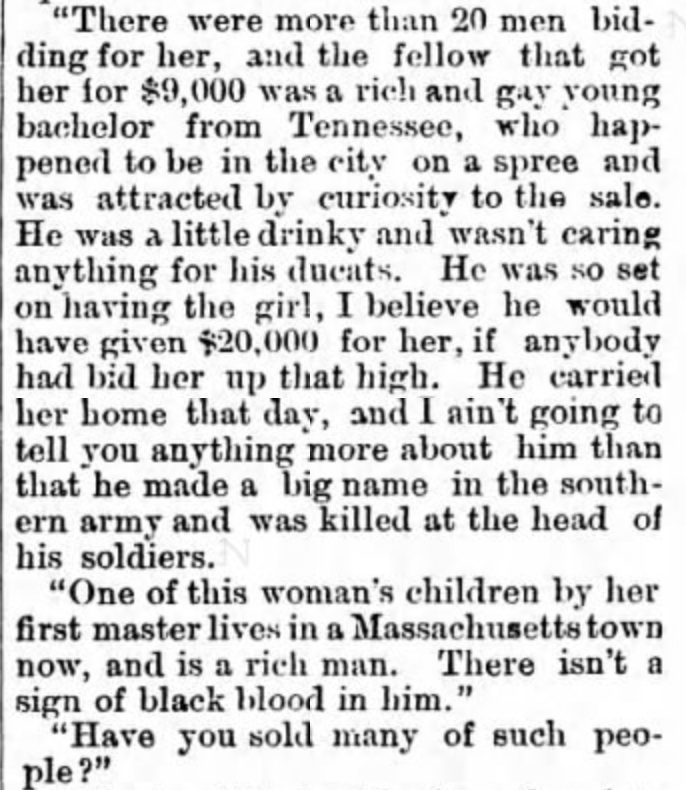 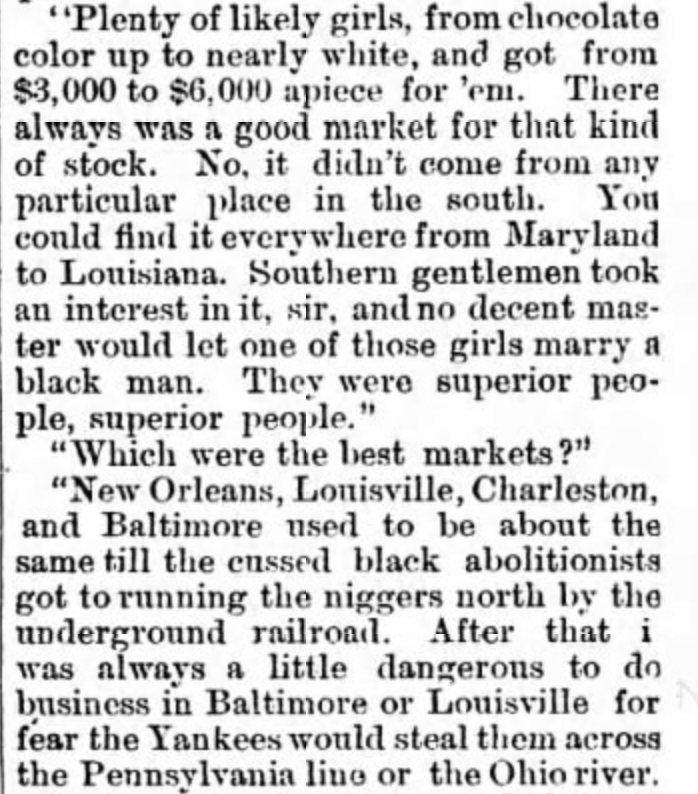 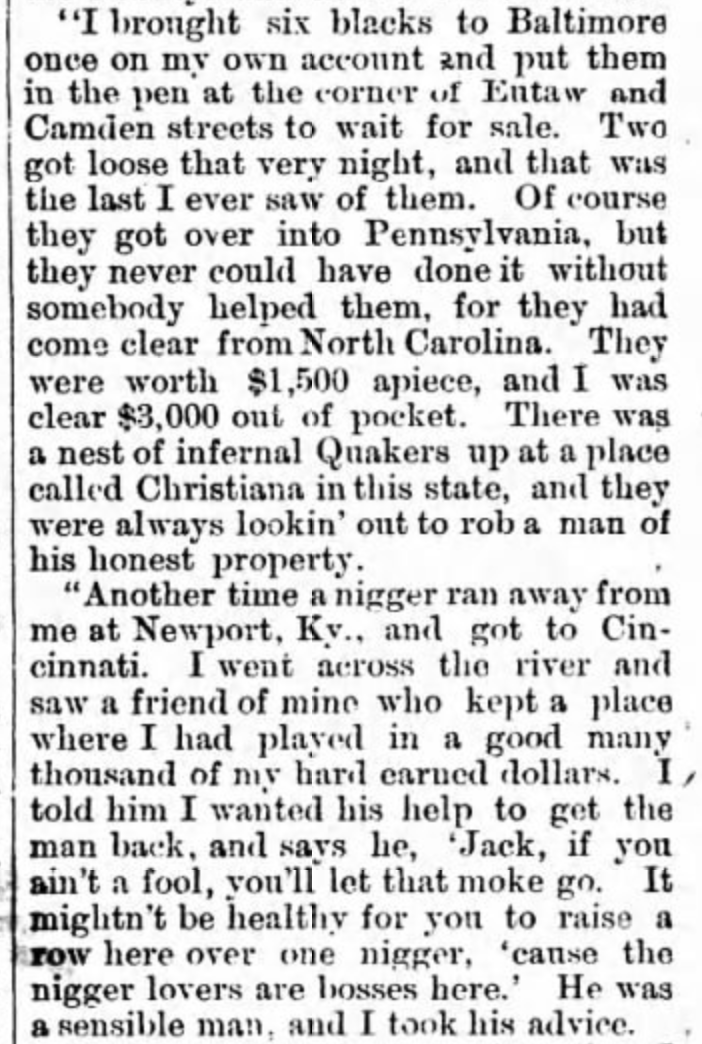 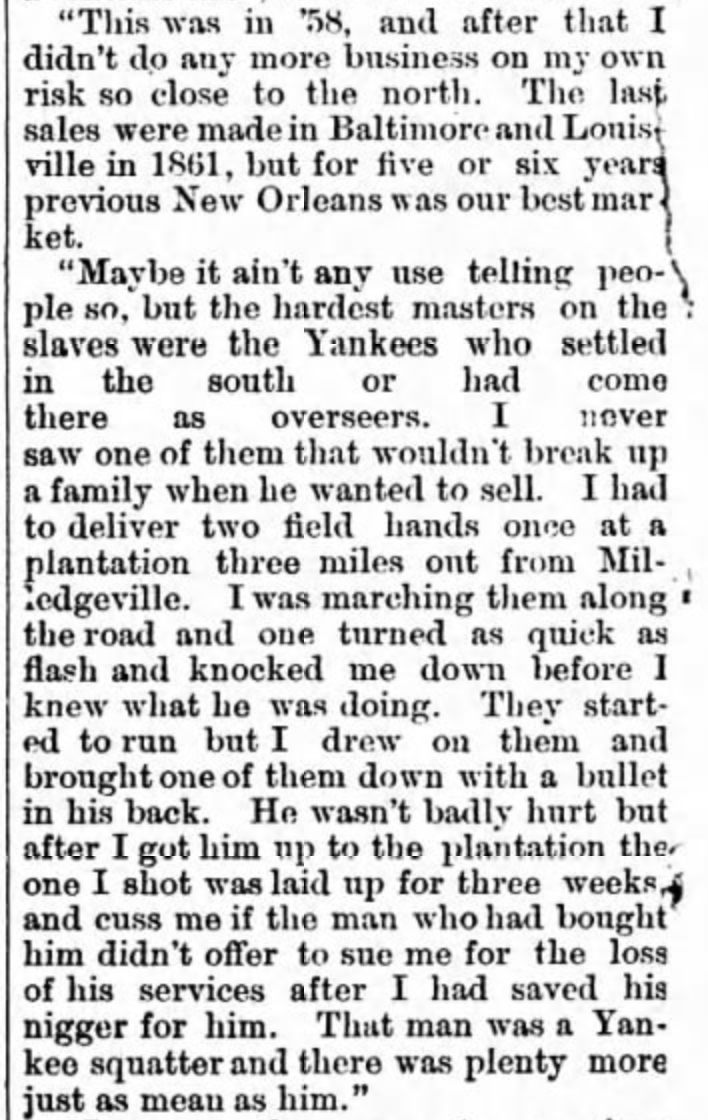 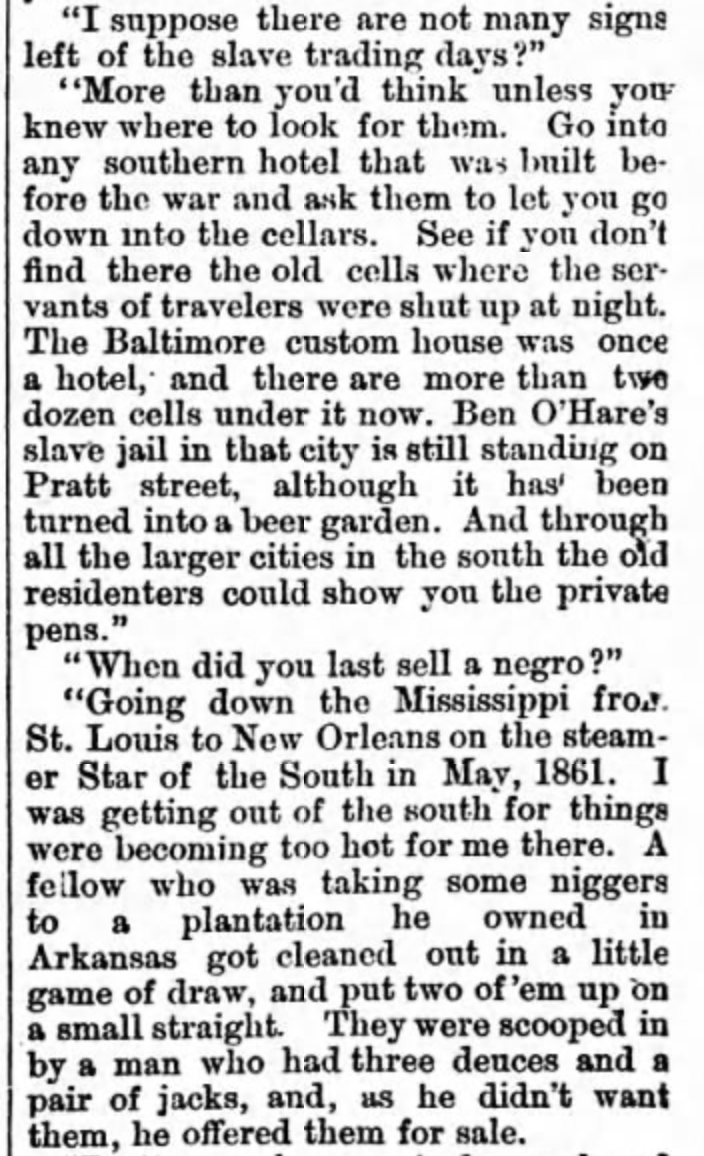 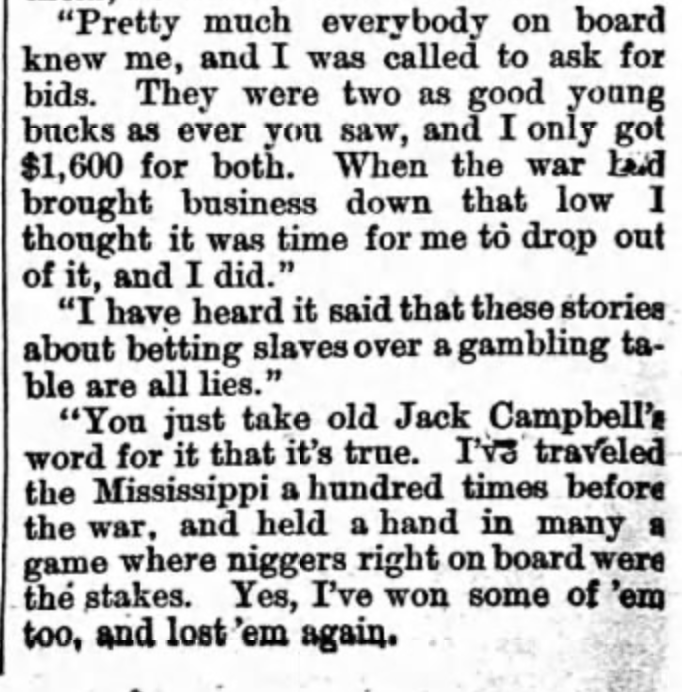