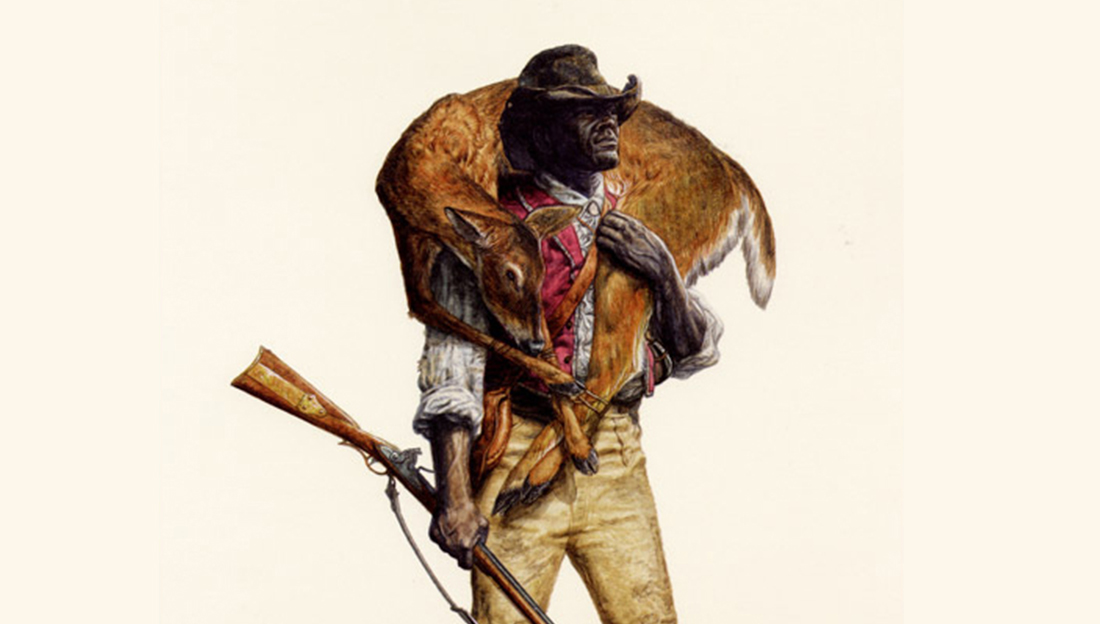 Most of us were taught about Lewis and Clark’s expedition across North America in US History class. We hear about Sacagawea, the difficulty of the terrain, interactions with Native Americans but it is often totally omitted that one of the members of the expedition party was an African American slave named York.

York was Clark’s slave and body servant. He was born enslaved and his parents Old York and Rose were the slaves of John Clark III, William Clark’s father. York was a a few years younger than Clark and is noted as being very large and naturally strong.

In 1803, Lewis recruited 33-year-old Clark, to share command of the newly formed Corps of Discovery, whose mission was to explore the territory of the Louisiana Purchase, establish trade with Native Americans and the sovereignty of the US. Their goal was to find a waterway from the US to the Pacific Ocean and claim the Oregon territory for the United States before European nations did.

Clark spent three years on the expedition to the Pacific Coast and brought York with him. York was an integral part of the expedition party because of his strength and skills and he played a key role in diplomatic relations with the  indigenous nations who are noted for treating him with respect and being very interested in his African features.

‘They called him ‘the big Medicine,’ a term signifying ‘that in which the power of god is manifest,” Stephen E. Ambrose wrote in Undaunted Courage: Meriwether Lewis, Thomas Jefferson and the Opening of the American West. “York was a sensation.”

“The savvy adventurers took advantage of the Native Americans’ admiration, sometimes sending York as their ambassador for trading negotiations, other times ordering him to dance in front of tribe members. How York felt about these forced displays is not recorded,” The Washington Post states.

After the expedition ended, the members of the expedition all received recognition, fame and land grant and financial reward from the US government. All but York.

“York was demanding his freedom as his reward for his services on the expedition,” Ambrose wrote in Undaunted Courage “Clark refused to free him.”

York asked Clark if he could at least move to Louisville to join his enslaved wife, who belonged to another man and hire himself out, sending the money he earned to Clark. Clark refused and only hired him off to a many in Kentucky for a few weeks.

“[I will] permit him to Stay a fiew weeks with his wife … [but] he is Serviceable to me at this place, and I am determined not … to gratify him, and have directed him to return,” Clark wrote in an 1808 letter to his brother. “If any attempt is made by York to run off, or refuse to proform his duty as a Slave, I wish him Sent to New Orleands and sold, or hired out to Some Sevare Master until he thinks better of Such Conduct.”

York returned to Clark in St. Louis in 1809 unhappy and most likely extremely depressed. Sad at having to leave his wife, Clark wrote to his brother that York was, “of very little Service to me, insolent and sukly.” Clark’s solution, beating him. “I gave him a Severe trouncing the other Day and he has much mended.”

Later that year Clark wrote to Lewis asking for his advice about York and Lewis advised Clark not to free him. After that, the documentation about what happened to York starts to disappear. Clark mentioned York for the last time in writing in a July 1809 letter to his brother, noting that: “I have become displeased with him and Shall hire or Sell him.”

York is first African American to have crossed North America to reach the Pacific. He has been honored with a few statues across the country but there definitely should be more.

Currently there is a statue of York at Riverfront Plaza/Belvedere in Louisville, Kentucky.

There is another statue of York in Portland, Oregon on the campus of Lewis and Clark College. The statue does not focus on York’s face, since no images of York are known to exist but instead, shows fragments of William Clark’s maps “scarred” on the statue’s back.

Yorks Islands are an set of islands in the Missouri River near Broadwater County, Montana, which were named for York by the Lewis and Clark Expedition. The islands were originally named “York’s 8 Islands”, but have since become known as “Yorks Islands”.

When discussing the story of the Lewis and Clark Exhibition