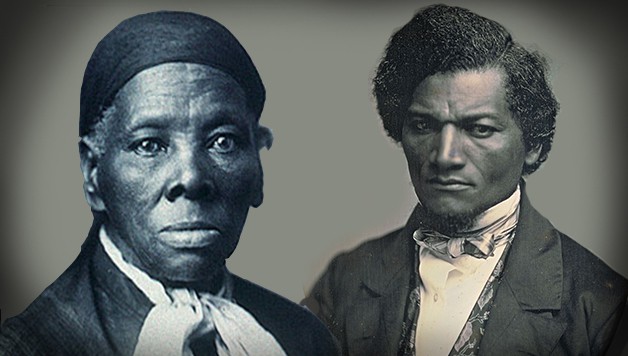 Frederick Douglass and Harriet Ross Tubman were both born into slavery around the same time on Maryland’s Eastern Shore and became two of the best-known African Americans of the Civil War era. Both Douglass and Tubman escaped slavery as young adults: he in 1838, she in 1849, but did not turn their backs on their fellows in bondage and fought the rest of their lives to free their people.

While Douglass fought with words by becoming the spokesperson for the anti-slavery movement, giving lectures, and starting his own abolitionist newspaper, Harriet operated in the shadows. During a ten-year span, she made 19 trips into the South and escorted over 300 slaves to freedom. She once proudly pointed out to Douglass, that in all of her journeys she “never lost a single passenger.”

Below you will find a very powerful letter written to Harriet by Douglas in 1868.

I am glad to know that the story of your eventful life has been written by a kind lady, and that the same is soon to be published. You ask for what you do not need when you call upon me for a word of commendation. I need such words from you far more than you can need them from me, especially where your superior labors and devotion to the cause of the lately enslaved of our land are known as I know them. The difference between us is very marked. Most that I have done and suffered in the service of our cause has been in public, and I have received much encouragement at every step of the way. You, on the other hand, have labored in a private way. I have wrought in the day – you in the night. I have had the applause of the crowd and the satisfaction that comes of being approved by the multitude, while the most that you have done has been witnessed by a few trembling, scarred, and foot-sore bondmen and women, whom you have led out of the house of bondage, and whose heartfelt, “God bless you,” has been your only reward. The midnight sky and the silent stars have been the witnesses of your devotion to freedom and of your heroism. Excepting John Brown – of sacred memory – I know of no one who has willingly encountered more perils and hardships to serve our enslaved people than you have. Much that you have done would seem improbable to those who do not know you as I know you. It is to me a great pleasure and a great privilege to bear testimony for your character and your works, and to say to those to whom you may come, that I regard you in every way truthful and trustworthy.