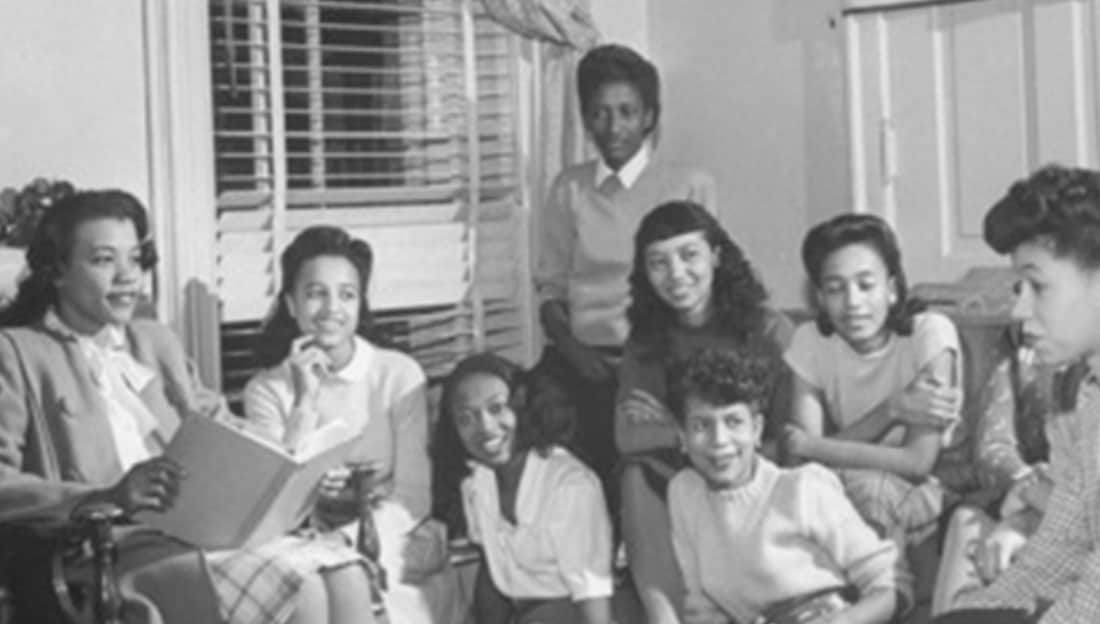 While shadows of colorism still exist within the culture of African-American fraternities and sororities in the United States, there was a point in which it was blatantly clear that certain organizations took the hue of one’s skin into account before giving them a chance to pledge.

We have all heard stories of the practice of fraternities and sororities only allowing members with skin color lighter than a brown paper bag to gain admission into their bonds and proof that color lines and boundaries were strong and present can be seen by simply comparing the intake photos of the members of Alpha Kappa Alpha and Delta Sigma Theta from the first half of the 20th century.

You may think that these destructive practices may have simply been overlooked as a simple fact of life during the early years of our greek letter organizations, but it apparently they weren’t. In 1928, a sophomore at Howard University named Edward H. Taylor published an article in “The Hilltop” student newspaper that accused fraternities of “splitting the various classes into groups of different shades — yellow, brown, and black.” According to Taylor, “The light-skinned students are sought after by the fraternities and sororities, particularly the latter, as members and the dark ones passed by. The darker brown students then form their own cliques while the blacks are left in the cold.”

WatchTheYard.com has recently obtained a published editorial response to this article written in 1928. The writer, takes a very well argued response to this claim and explores it even more in depth addressing it in a way that makes the present day reader feel as if someone from today jumped into a time machine, saw the original article and responded to it. 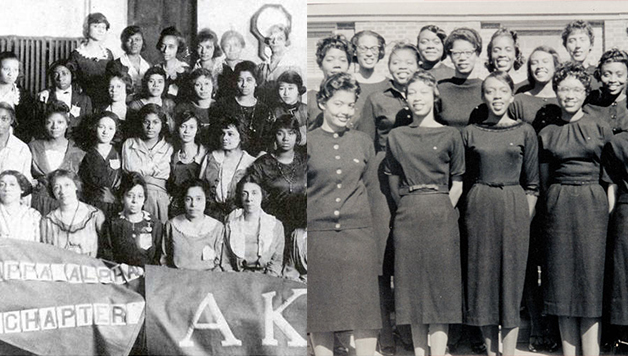 The article begins with the writer describing their initial feeling of distraught when hearing about the colorism found in Howard’s Greek community.

“We are not so surprised when we hear such rumors and reports about institutions of learning owned, controlled and attended by white people, but it certainly comes as a great shock and causes a feeling of shame when we hear such news about Negro colleges. At first glance, it would seem incredible that Negros, themselves the victims of ignorant prejudice and discrimination because of color should follow the lead of the Nordics.”

The writer then follows by making the claim that no matter what color you are, if you are African-American, you are Africa-American.

“Negros, young and old, everywhere in the world today and particularly in the United States, have got to clearly understand that whatever the gradations of color in the group, they are all Negros. It isn’t of the slightest moment that one Negro can boast (?) of several white ancestors while another cannot except as it reveals his lamentable ignorance, blindness and lack of race respect.

They then follow by dropping some knowledge on the reader via an example that still holds true today:

“The lightest Negro in the United States, if known as a Negro, will be jim crowed as quickly as one possessing no Caucasian ancestry.”

The author then finishes by offering a solution that if these claims of colorism within Black fraternities and sororities are true, “these organizations ought to be suppressed for the good of the university and the Negro group.” He closes by stating:

“There is nothing in a white skin to gloat over and nothing in a black skin to be depressed about. It is character, intelligence, and virtue that count. Millions of morons, cretins and degenerates have white skins and straight hair while a long list of able Negros, from the Kings of Ethiopia who once dominated the civilized world, to Askia of Songhai, to Tshaka the Zulu Napoleon, Mosheh the nation builder, Khama of Bamangwate, Sir Apolo Kagwa, Prime Minister of Uganda, and to Roland Hayes and Nathaniel Dett have been dark as the night. 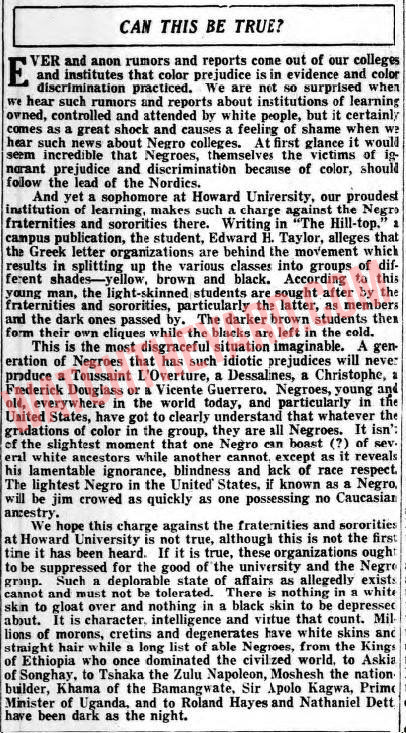 This article speaks volumes to the current situation of colorism in the United States. Just this week, rapper Kendrick Lamar was accused on the internet of not being a conscious Black man because he chose to become engaged to his high school sweetheart who happens to be a light skinned Black woman instead of finding a darker skinned woman to marry.

Many of the truths in the article regarding greek life also still hold true today. While Black sororities in the United States all now have a mix of the beautiful shades of African-American skin tones, many of the shadows of this colorism-based past still exist. Think about it. You have probably come across a situation in which someone tells a light-skinned Delta that she looks like she could be an AKA and vice versa. While they may not have explicitly stated that this is because she has light-skin, you know exactly what they mean.

What do you think about the present day state of colorism in Black fraternities/sororities? Have you dealt with any situations as a greek because of the color of your skin? Please discuss in the comment section below.