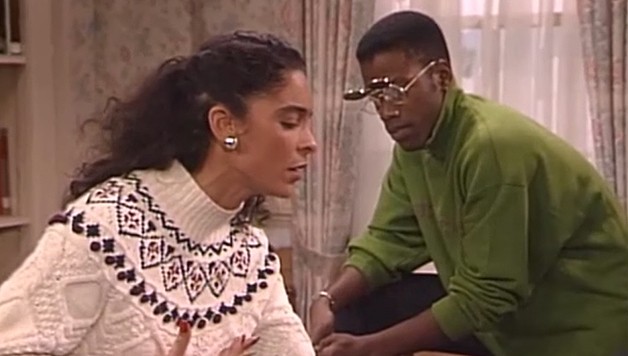 Why do some students pick HBCUs over predominantly white institutions? Well in the third season and 12th episode of A Different World, the show waded into the seemingly never-ending “debate” of HBCU vs PWI in which Whitley breaks it down for those who just don’t get it.

Here is TheAntiIntellect‘s description of the episode:

“In the episode, Dwayne’s childhood friend comes to visit him at Hillman and tries to convince him to transfer to the PWI he attended. He makes all of the baseless claims people always make about HBCUs not being a reflection of the “real world,” HBCUs not being as rigorous, and HBCUs not having the right connections. When Dwayne asks Whitley if Hillman was her first choice she, like many HBCU students and alums, answers with an emphatic “Yes!” She was part of a legacy at Hillman that would simply not have been the case had she attend the other school she was accepted to, Georgetown. The episode ends with Dwayne schooling his friend on the many accomplishments of Hillman. This is something that many HBCU students, alums, and supporters can identify as the assumption is always that our HBCUs are not enough and that we are somehow missing out on something by attending them. As this episode shows, the HBCU track record speaks for itself.”

Watch this clip from the episode and SHARE it if you agree with Whitley!