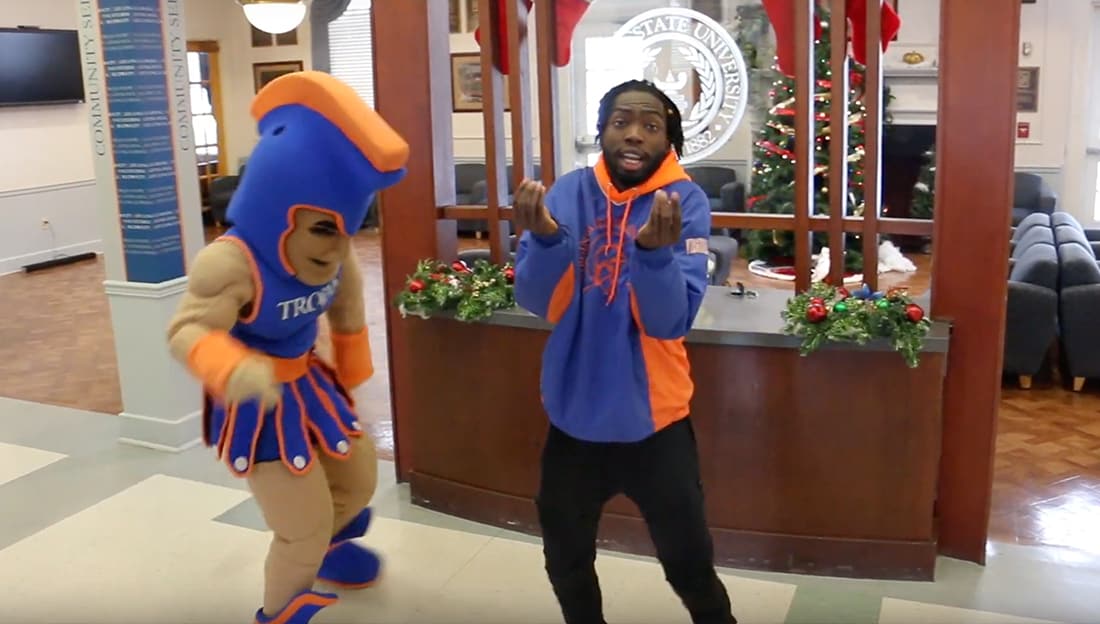 Have you seen how they hold it down at VSU?!

Aspiring musical artist, Malcolm Pinckney aka Troubled Mal, recently graduated from Virginia State University with a bachelor’s in Mass Comm, but before he left he shot a music video to leave his mark on campus, rep his HBCU and show the world that he is headed toward success.

In the video, Pinckney remixes Kanye West’s 2005 hit Touch The Sky but does it in a way that only a VSU Trojan can.

The video which was shot/edited by DJ Wake and directed by Deon Tillman, covers different spots on campus and is sure to make anyone who has ever stepped foot on the campus of VSU proud!

Watch the full video below!