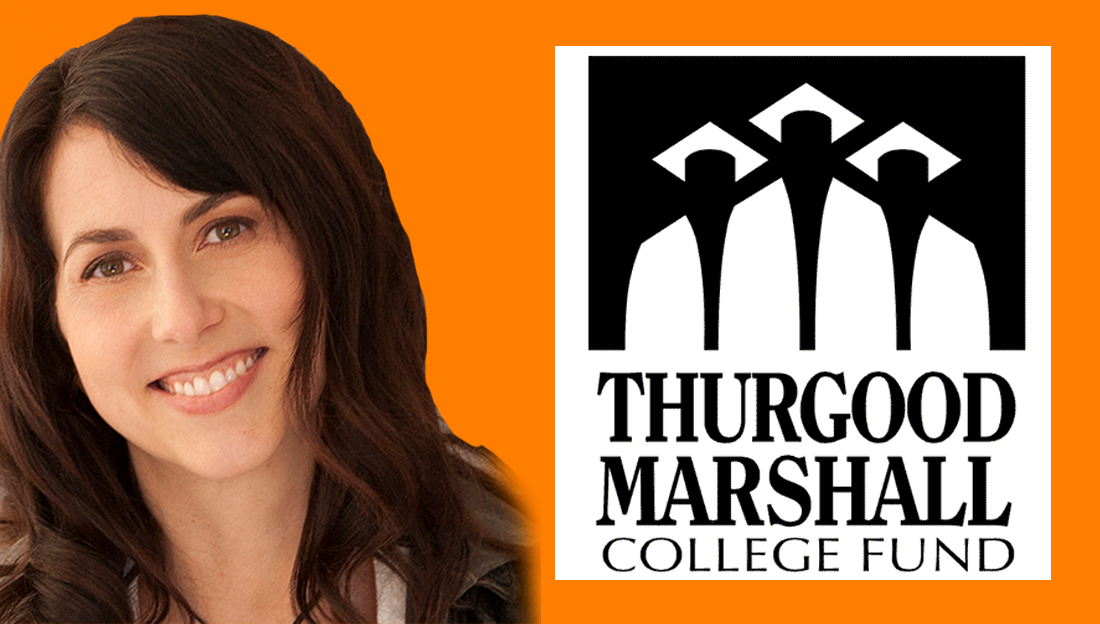 The Thurgood Marshal College Fund just announced that they to were among the 116 organizations to receive a portion of the total 1.7 billion dollars that author and philanthropist MacKenzie Scott has given away.

“On behalf of the Board of Directors and the entire staff of TMCF, I can unequivocally say that we are profoundly appreciative of this most generous gift from MacKenzie Scott,” said TMCF President & CEO, Harry L. Williams. “This donation will help to ensure the long-term vitality of TMCF and enable us to continue our work to help identify and nurture HBCU and PBI students to become the next generation of global leaders.”

“Consistent with our mission, this donation will enable us to give even more scholarships to our member-school students to help them to persist and graduate from college, as well as continue the impactful programmatic work we provide to those same students to help them prepare for their professional aspirations,” said Williams.

Tuskegee, Xavier University of Louisiana, Spelman, Hampton and Morehouse were also named on the list as schools or organizations who would receive a separate portion of the 1.7 billion dollars. While the other schools have not announced exactly how much they have received, Tuskegee issued a statement stating that they had received a whopping $20 million.