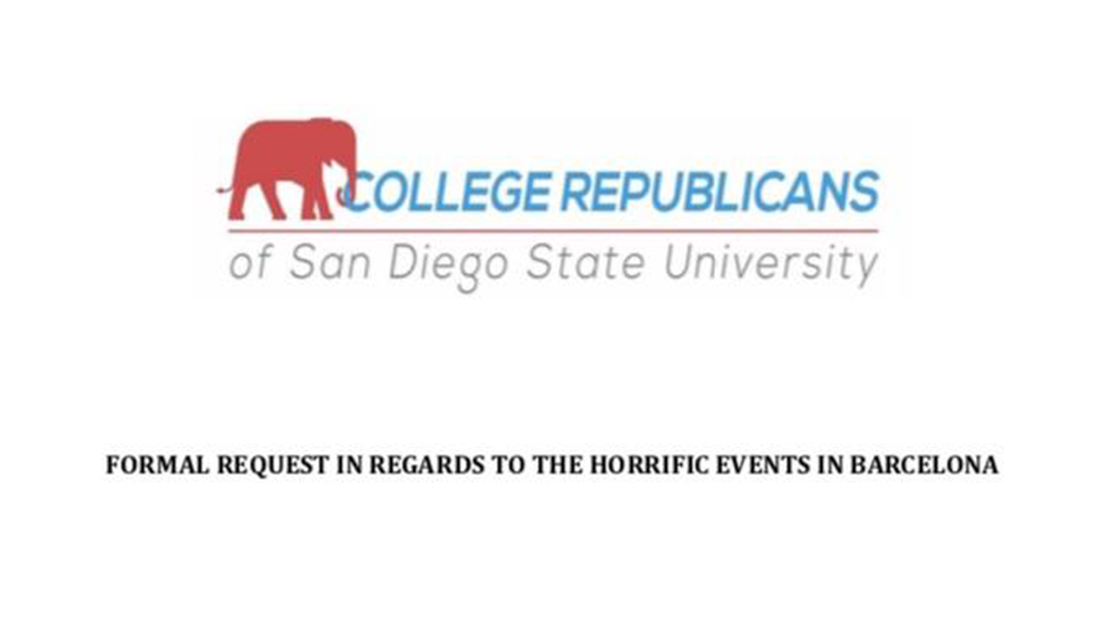 The school year has started and that means that campus racism and bigotry are back in full effect across our nation.

San Diego State University’s College Republicans did not want to miss out on the week’s bigotry so their president penned a “Formal Request In Regards to the Horrific Events in Barcelona” asking that the school’s Muslim Student Association publicly condemn last weeks terrorist attacks in Barcelona as well as “acts of similar nature” or have their entire board resign immediately.

This is the letter they wrote and posted to their Facebook page. 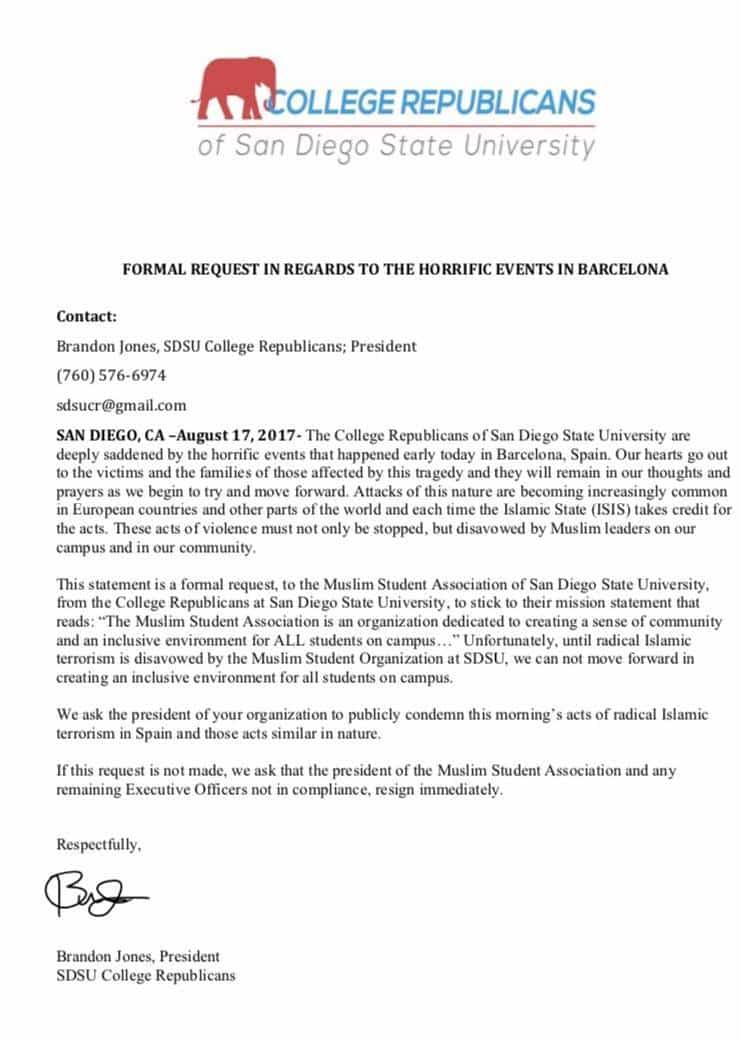 This is disgusting and the administration will be put on notice about this. You should be ashamed of yourselves for such a low tin pot strategy at straw-manning an entire religious group to denounce what is already known as extremist ideology. This publication once again suggests that the Muslim faith seems to sympathize with terrorism unless publicly stated otherwise. That is truly disturbing that you would put the face of your organization on a razor-edge. Poor leadership.

On Sunday, the SDSU Muslim Student Association took to their Facebook page to reply to people who stood with them in support. 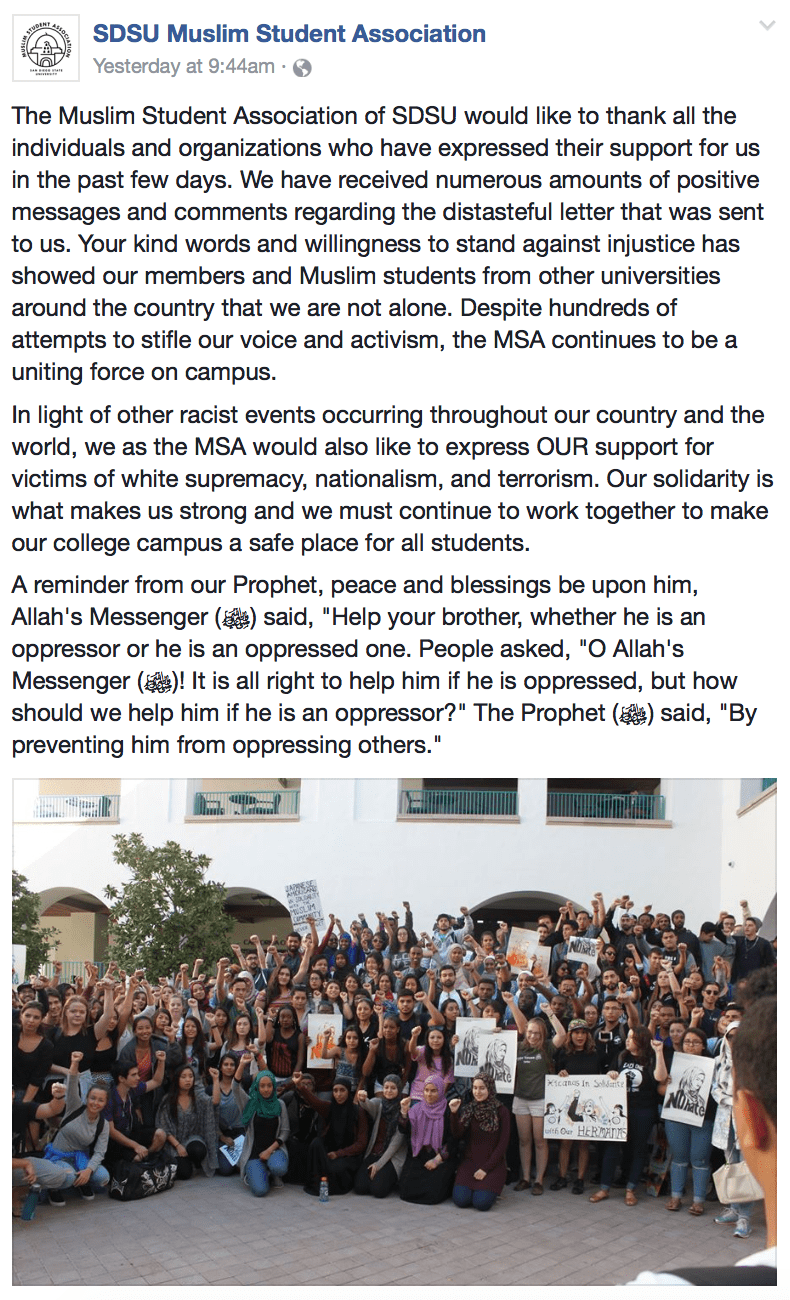