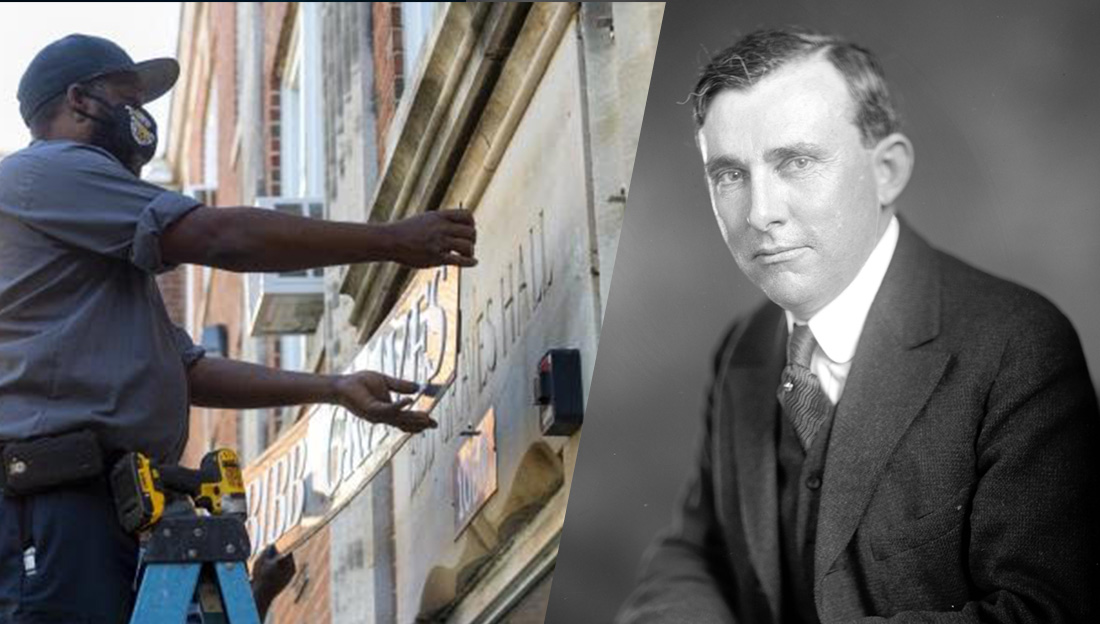 Two employees in Alabama State University’s Physical Plant had no idea that they would be a part of history when they came to work on Wednesday, Oct. 14.

Joe Taylor and Joe Zeigler actually removed the name Bibb Graves from the residence hall that has been a central location on the ASU campus since 1928.

It took the two “Joe’s” less than two minutes to make a change that many have waited to see for years.

“This is something that we have planned to do for several months,” said ASU President, Dr. Quinton T. Ross, Jr. “I established a committee to research the names that are on our buildings to determine those who were closely associated with racist organizations, such as the Ku Klux Klan. Bibb Graves was a Klan leader at one point, so the decision was made to remove his name from the building.”

David Bibb Graves was an Alabama governor who was propelled into political power in the 1920s through the support of the Ku Klux Klan.

Bibb Graves’ name rose to the top of the list of the research that was conducted at President Ross’s direction by the National Center for the Study of Civil Rights and African-American Culture under the leadership of Dr. Janice Franklin and University Archivist, Dr. Howard Robinson.

The removal follows a unanimous vote by the ASU Board of Trustees to change the name of the residence hall that also houses the historic bell tower.

“This is the first step. We will now begin the process of selecting the appropriate name to be placed on the Bell Tower building,” said Ross. “Many of our alumni have asked for this to happen. It was a topic of discussion as far back as my days as SGA president. I am proud that we are able to make this happen during my tenure as President of the University.”