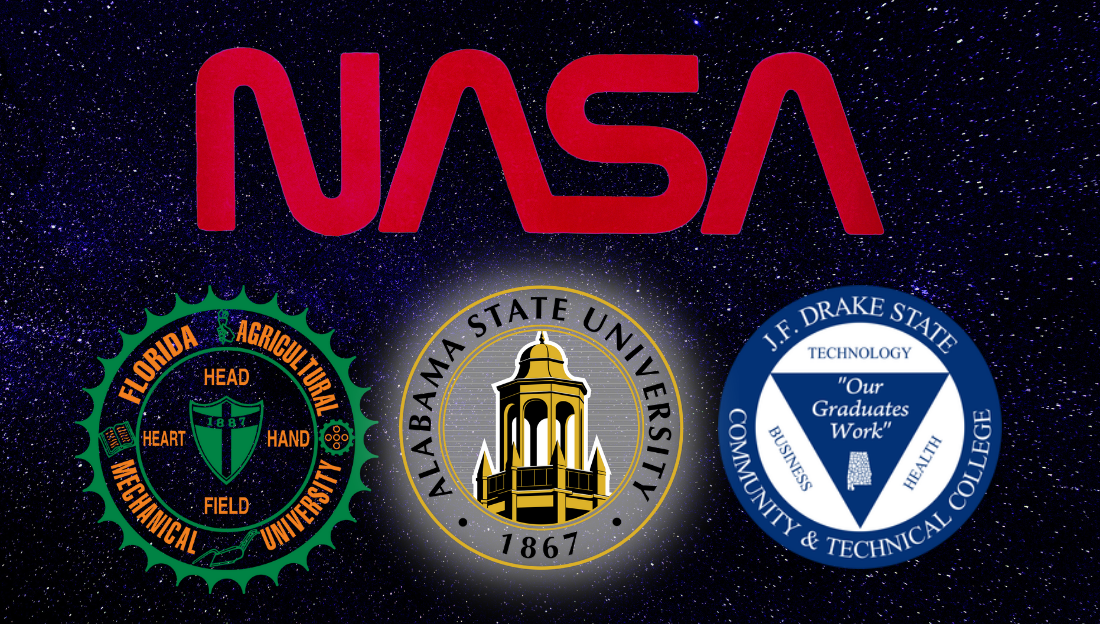 ASU and FAMU will be receiving the grants along with four other colleges and universities across the nation under NASA’s Minority University Research and Education Project (MUREP).

The grants in the amount of $1,198,937.75 cover a three-year budget period and is part of the $7 million overall award to the six institutions. According to the press release issued by Alabama State University, “MUREP sought proposals from minority-serving institutions of higher education for projects aimed at strengthening their support of underrepresented communities.”

“Creating a future for humanity in the stars and continuing to improve life on Earth are tasks NASA can only achieve by involving all of humanity,” NASA stated in news release announcing the awards.

“I am humbled and excited at our ASU receiving this grant that will help our students to expand their sights and reach with a goal of them becoming engineers,” Foster said. “ASU’s proposal that NASA funded through its ‘Minority University Research and Education Project ‘ (MUREP), is titled Developing NASA Pathways to Engineering and Experiential Research for Student Success.“

“The University continues its endeavor to produce top-notch students in STEM fields. This NASA grant allows us to provide additional research opportunities for students in collaboration with partner institutions. The principal Investigator, Dr. Michelle Foster, along with her team are to be commended. I know they will implement the goals and objectives of the project effectively. Having a partner like NASA really expands our reach as well,” ASU’s Provost, Dr. Carl Pettis added.