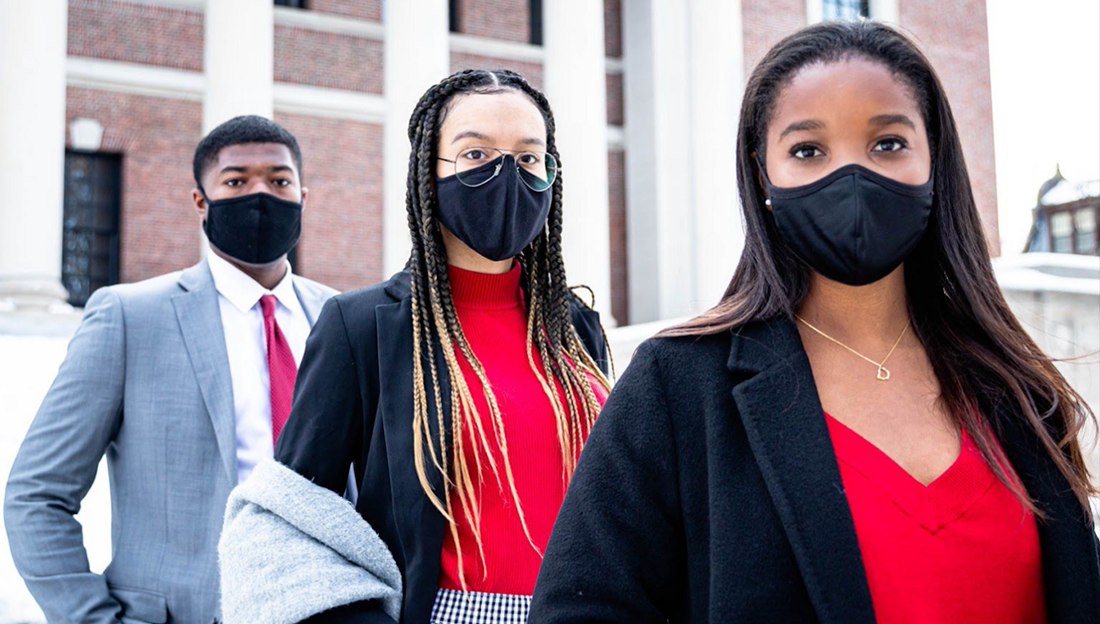 This Black History Month, current and former Student Body Presidents of Harvard, MIT, and Wellesley are using their platforms to shed light on the achievements and sacrifices of the Black alumni at their respective universities. Danielle Geathers (MIT), Noah Harris (Harvard), and Tatiana Ivy Moise (Wellesley) made history in 2020 with their elections, marking the first time in history the three elite institutions had Black students leading their student governments at the same time. The three have joined together to write this following article.

As Black students elected to be Presidents of Harvard, MIT, and Wellesley, we’ve often been looked to as voices of both our student bodies and the Black community. Immediately upon our elections, we experienced outpours of local and even national praise, including features in CNN, People and USA Today. While we could not be more grateful for the overwhelming support, we must publicly acknowledge that our presidencies were neither the beginning nor end of Black achievement at our schools.

We are only the recent bricks laid atop a wall that countless Black alumni, activists and community members began building long before we were ever born. We are only able to be seen from far and wide because we stand on the shoulders of the giants who came before us.

From the first Black graduates to the alumni who created our Black student organizations, our forebears fought tirelessly to transform our predominantly white campuses from hotbeds of anti-Black racism to places capable of electing Black Student Body Presidents. Their work and achievements are integral parts of not only Harvard’s, MIT’s, and Wellesley’s history — but America’s history overall.

The emergence of Black students onto our three campuses took place in the late 1800s. Richard T. Greener, the first Black student to earn a degree from Harvard College, did poorly in school throughout his early life due to his mother’s illness and racist treatment. Nevertheless, he persisted in pursuing an education at several institutions before beginning his Harvard career in 1865, which ultimately resulted in him winning numerous awards and making large progress towards equal opportunities at Harvard. In 1883, 17-year-old Harriett Rice was starting her first semester at Wellesley, eventually making history by becoming the first Black student to graduate from the College, ​one of the first Black female physicians​ in the U.S, and one of the first American female physicians to own her own medical practice.

Almost a century later, Shirley Ann Jackson and Jennifer Rudd would make history as the first Black women to graduate from MIT (over 75 years after the graduation of Robert Robinson Taylor, MIT’s first Black alumnus). During their years at MIT, they faced consistent discriminatory treatment, including being avoided in lecture halls and excluded from homework groups. They, along with other Black students at Harvard and Wellesley in the 1960s, made up less than 1% of their predominantly white student bodies.

In an effort to cultivate stronger Black student communities on campus — and catalyzed into action by the 1968 assasination of Martin Luther King Jr. — students came together to officially found the first Black student organizations at our institutions. That spring, MIT students organized the ​Black Student Union (BSU) of MIT​. Focusing first on the task of leading diversity efforts, they traveled to high schools (over 93 in 2 months), organized letter writing campaigns, and served on the admissions selection committee. Their free labor and commitment led to the number of Black MIT students increasing from 7 in the class of 1968 to 53 in 1969.

Twelve miles west, Wellesley’s Black student activists fought for and achieved a strikingly similar 700% increase in the same year: 7 to 57. Through ​Ethos​, Wellesley’s first organization for students of African descent, their 1968 threat of a hunger strike was also in protest of segregationist rooming policies and for establishment of Harambee House, the nonresidential home and safe space for all Black Wellesley students, which still thrives today.

Had our alumni before us not persisted, Harvard could have waited decades longer to found its Black Studies department; MIT may never have created Interphase, a summer program that has helped prepare over 2,000 minority students; Wellesley may have never established Harambee House. Instead, current Harvard students are working towards establishing a multicultural center; MIT students are pushing for more Black mental health experts; Wellesley students, spearheaded by ​Wellesley 4 Black Students​, are advocating for a transformative justice model of public safety on campus.

It has become commonplace to praise the accomplishments of Black students who have become “firsts.” For example, our three presidencies mark the first time in history that Harvard, MIT and Wellesley had a Black student body President in office at the same time. As such, our names and pictures have been tokenized, signifying a recent, rapid progression towards equality. In reality, we have just been handed the baton on a long race towards progress, while the ones who ran most of the race have been largely ignored or simply forgotten.

What we do now will set the agenda for those who come after us. We are called to play a role in a movement bigger than just ourselves or our institutions. Our responsibility is to not become complacent with our achievements, but it is to push for larger reforms that exceed the expectations of our predecessors.

Here and now, we thank our Black alumni. Because of them, we know that our presidencies are neither the beginning nor the end of Black achievement at Harvard, MIT, and Wellesley. During this Black history month and always, they deserve their rightful acclaim.