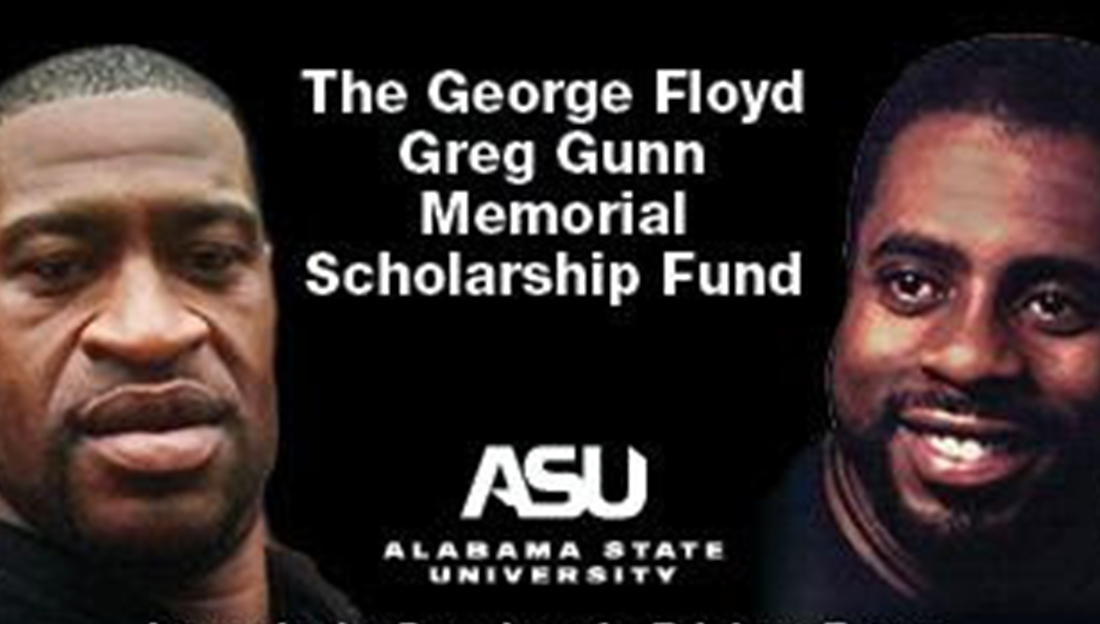 Alabama State University President, Dr. Quinton T. Ross Jr., announced today that the University has established the George Floyd/Greg Gunn Memorial Scholarship in honor of the memory of two men who lost their lives unjustly at the hands of law enforcement officers.

“During the memorial service for George Floyd, universities across the nation were challenged to establish a scholarship in Floyd’s name by the president of North Central University where the service was held,” said Ross. “I decided to include Greg Gunn in the naming of our scholarship. He was a man who was chased by a Montgomery police officer through a local neighborhood and killed just steps away from his mother’s front door. Gunn at one time attended classes at Alabama State University. This scholarship also is representative of Floyd, Gunn, and any black man or black woman who have died in similar situations.”

Ross issued a challenge to other HBCUs to establish similar scholarships.

President Ross started the scholarship with a $10,000 donation from the President’s initiative fund. The scholarship will help to fulfill “the educational promise of aspiring young black American leaders.”

“As we are searching for ways to bring about change in this nation and to advance the cause of black Americans, I can think of no better way than to ensure access to higher education for our young people. This scholarship along with others that have been established at the University will help to do that,” Ross added.

Alabama State University administrators will identify the first recipients of the George Floyd/Greg Gunn Memorial Scholarship for the fall 2020 semester.