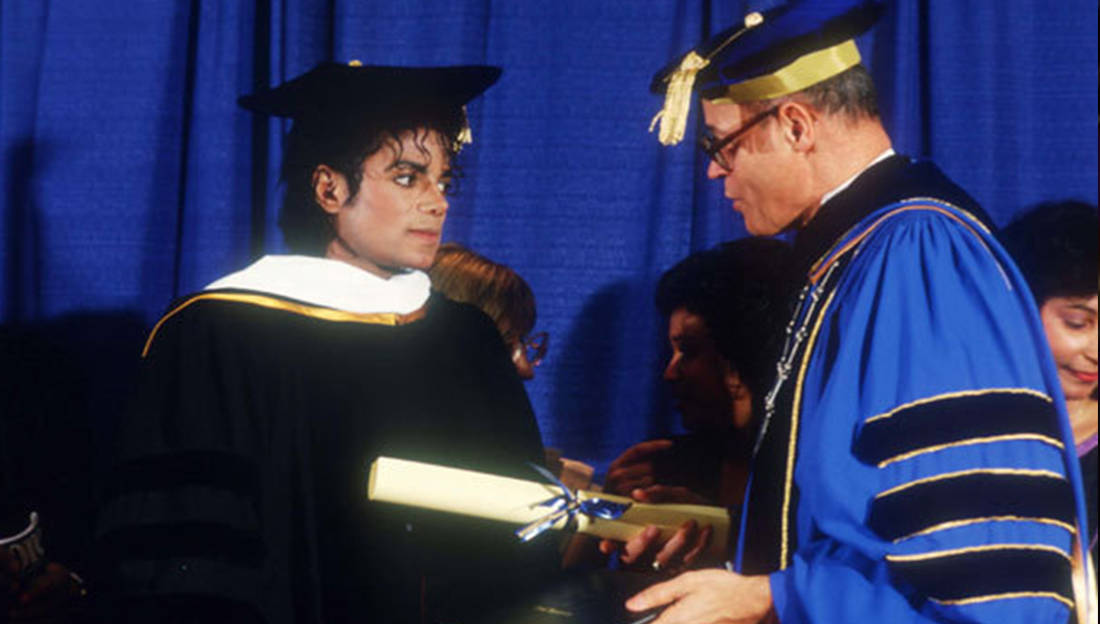 Did you know that “The King of Pop” had an honorary degree from an HBCU?

It is true, in 1988 Michael Jackson was given an honorary doctor of humane letters from Nashville’s very own HBCU, Fisk University.

According to a 1988 article in JET Magazine about the event where Jackson was given the degree, Jackson had received a lot of criticism for his Victory Tour because of its high ticket prices and the argument that it was not putting money back into the Black community. In order to silence the critics, according to the JET article, he established The Michael Jackson Scholarships with The United Negro College Fund, “an umbrella organization for 42 private, historically Black institutions of learning,” with a large portion of money that he earned from the his tours. 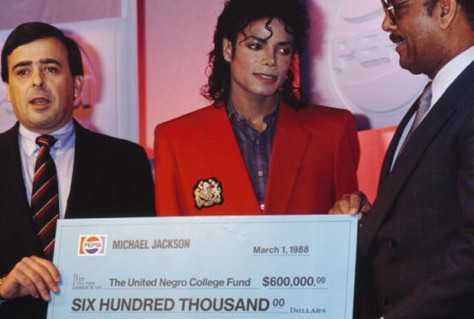 To honor Jackson for his $600,000 donation to HBCU students, the United Negro College Fund awarded him during their 44th annual gala with their top honor, the Fredrick D. Patterson Award. Celebrities including Spike Lee, Quincy Jones, Elizabeth Taylor, Liza Minnelli were all in attendance and to make things even better, Whitney Houston sang the Black National Anthem, Lift Ev’ry Voice and Sing.

At the end of the event, Fisk University’s President, Dr. Henry Ponder presented Jackson an honorary degree. Among Jackson’s remarks, JET Magazine quotes him stating, “To want to learn, to have the capacity to learn and not be able to is a tragedy. I am honored to be associated with an evening that says this will never happen. Thank you, I love you all.”

“Michael, I’m sorry that Nancy and I could not be with you for this very special day, but I want to congratulate you for the honors you are receiving tonight from the United Negro College Fund and the honorary degree awarded you by Fisk University. Let me be the first to call you the new Dr. “J.”

Check out some pictures from the event below: 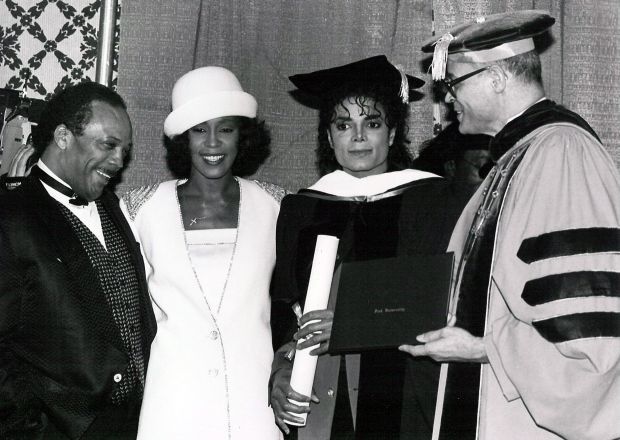 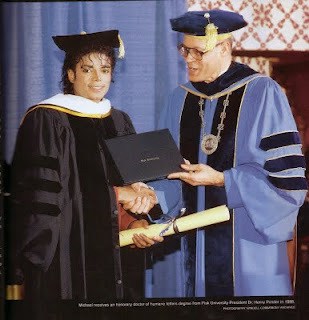