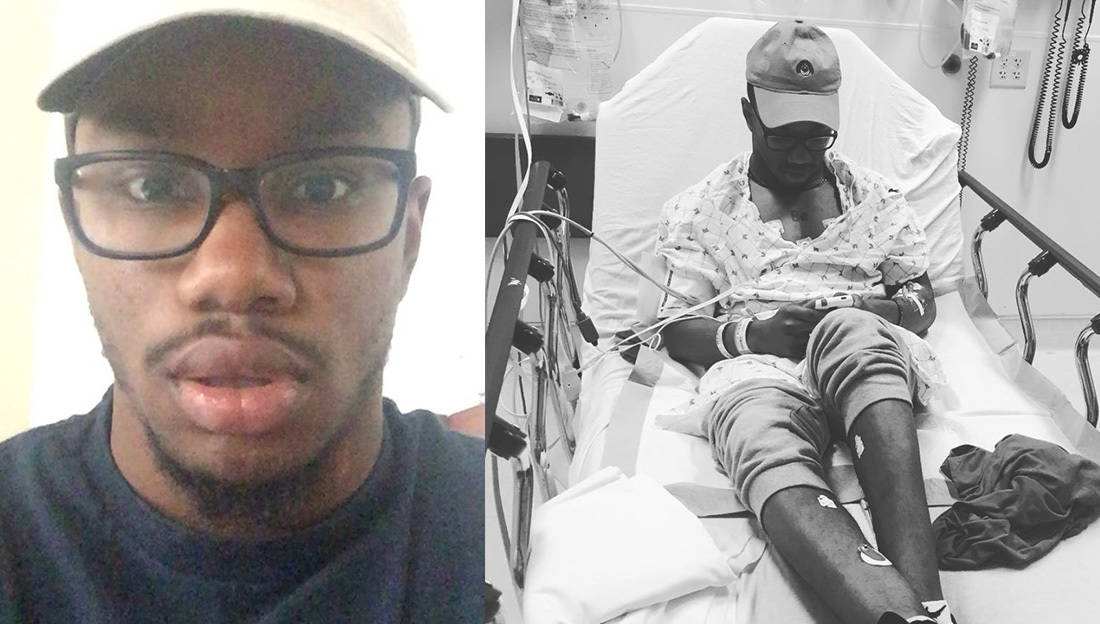 Individual members of the Black greek community are coming together to help Alpha Phi Alpha brother Kawan Akil Glover, a 23-year-old graduate from the University of Maryland College Park pay for his $100,000 brain surgery.

In August of 2014, Glover developed something called a cavernous malformation on his brain stem which caused him to lose control of right side motor functions, develop slurred speech, and have difficulty swallowing. The mass was found and removed and he returned to college but the problem came back.

“I was president of the campus chapter of Alpha Phi Alpha, taking a full load, and pursuing opportunities outside the classroom. Due to my incessant work ethic, I was not able to slow down and I suffered a stroke on September 18, 2014,” he stated.

Following his stint in rehab, he returned to the University and completed a successful spring 2015 semester, graduating from college and went on to start his career while doing checkups with the doctor.

Earlier this month the problems came back full force.

“The left side of my face is numb and non-responsive, I cannot taste on the left side of my mouth, and the deficits on my right side are returning as I type,” he stated. “I woke up the next morning with double vision and nausea so It was back to the ER. It was discovered that yet another hemorrhage had taken place in the same area. The doctors had done two approaches already and the risks we high for a third entry so we were referred to a skull based specialist at Rutgers University hospital. All of my previous work had been done at  George Washington University Hospital. The doctor is highly qualified and is very confident that he can fix the problem in my brain.”

The current problem Glover and his family are facing is that his insurance does not cover surgery at the new hospital.

Friends, family and individual members of Black fraternities and sororities from across the nation are putting their money together to pay for the costs and in less than two days 1,000 of them have raised over $49,000 for Glover and his campaign for help is trending on the GoFundMe platform. He has $50,000 dollars left to go before the surgery takes place in October and is still looking for help, medical and insurance advice.

He recently shot this video explaining the situation.

Glover is a Spring 2013 initiate of the Iota Zeta Chapter of Alpha Phi Alpha.