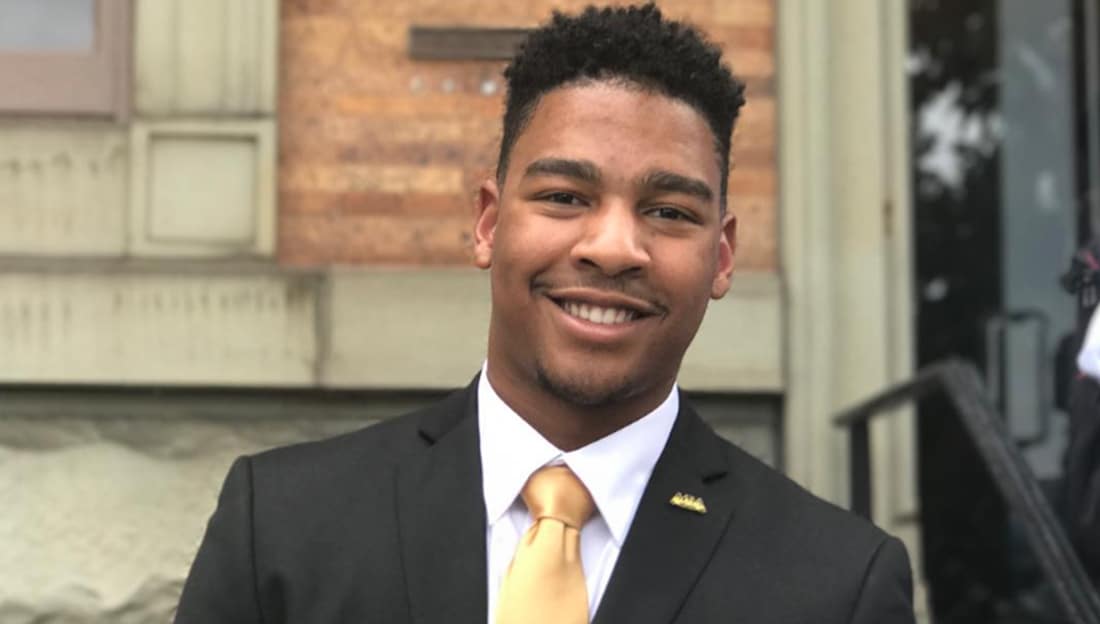 In an effort to highlight the undergraduate leadership of Alpha Phi Alpha Fraternity, Inc., we at Watch The Yard reached out to the fraternity and were put in contact with its Assistant Regional Vice Presidents for interviews.

The position of Assistant Regional Vice President is the highest position undergraduate brothers can hold in the fraternity and is a highly respected role.

Among these Assistant Regional Vice President was Roderic Martez Rooks II, a 21-year-old Fall 2016 initiate of the fraternity’s Rho Delta Chapter seated at Central Michigan University who is the Assistant Regional Vice President of the Midwestern Region which is made up of Canada, Illinois, Indiana, Iowa, Kansas, Wisconsin, West Virginia, Ohio
Kentucky, Michigan, Minnesota, Missouri and Nebraska.

We talked to the Marketing Major and Political Science Minor who currently attends the University of Michigan- Dearborn major about his position and goals.

What does it mean to be an Assistant Regional Vice President to you?

Being an Assistant Vice President of the most prestigious and revered fraternity within the NPHC is not something that I take lightly. I am constantly thinking of ways that I can better advocate for my fellow collegians on a national level. Being that I am a 21 year old young black man on the Board of Directors for a multi-million dollar corporation I am always cognizant of the way that I am presenting myself because I am not only representing myself or my chapter, but the organization as a whole. An opportunity such as this is a once in a lifetime experience especially for someone my age. Being an Assistant Vice President for my fraternity affords me a safe environment for me to gain real professional experience that I can take into my future career.

What are the specific initiatives you are working on this year in your region?

Regionally we are involved in a community outreach program called Read to Succeed that encourages youth to expand their knowledge through reading. 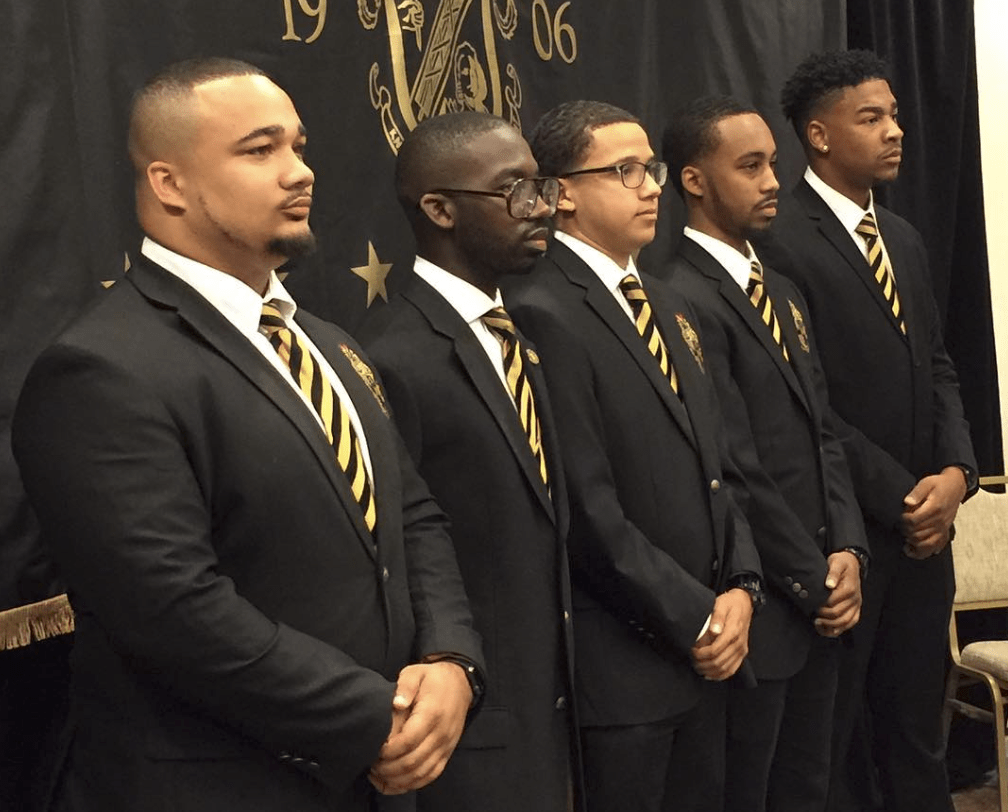 In my respective region I like to pride myself on the fact that I am easily accessible and relatable to my fellow collegians.

I am in this office to serve. Sometimes I feel as though we as collegians of BGLO’s associate people in leadership as negative figures of authority. I want to be someone that anyone in my organization can feel comfortable to speak to about anything and have faith that I will express their feelings and views on the BOD within reason.

Initially, It was not a desire of mine to pursue membership in a Greek Letter Organization. I had seen several examples of how Greek life was falsely represented in the media and I thought that it was overrated. It wasn’t until I had an eye opening and honest conversation with my uncle who was part of the reactivation line of my chapter, Rho Delta, that I began to consider pursuing membership in a Black Greek Letter Organization.

Following our conversation I was more open to the idea of joining a BGLO and I actually began to pay attention to the way the brothers of not only Rho Delta but overall carried themselves. I later realized that a lot of my core values aligned, spot on, with those of Alpha Phi Alpha. I was initiated into Alpha Phi Alpha the following fall.

What is it about your region that makes it so unique in Alpha?

Similar to all of the regions within Alpha Phi Alpha, we each have a rich history of prominent Alpha brothers who have made significant contributions to the fabric of our fraternity, however, the midwestern region is home to one of the most prominent traditions and practices of Alpha Phi Alpha and that is the creation of our fraternity’s hymn in 1922 by Bro. Abram L. Simpson from the Xi Chapter at Wilberforce.

Additionally the fraternity’s first shield was designed in the Midwestern Region in 1912 by Brother James A. Dunn of Kappa Chapter at The Ohio State University. 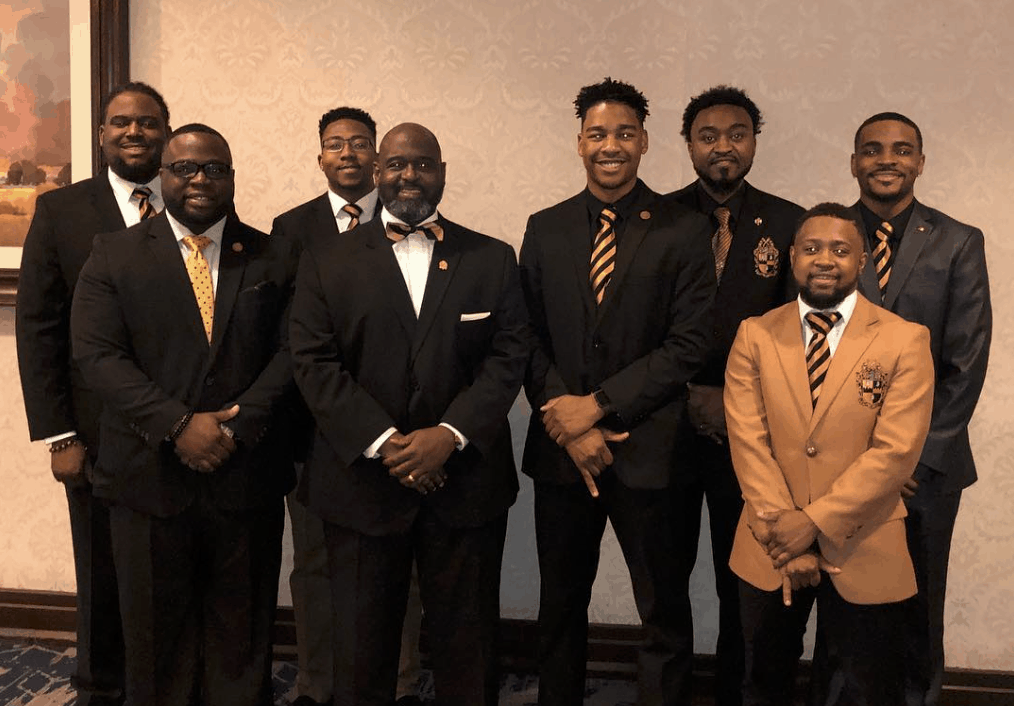 In what ways have you experienced mentorship from alumni brothers as an Assistant Regional Vice President?

Looking back at all of the men in my life that have mentored and poured into me I can say that a majority of them have been men of Alpha. When I was elected as the MWR AVP this circle of mentors that could call upon only got larger.

These individuals that I’m blessed to have as mentors have helped me in countless situations whether it be with the work of Alpha or even within my personal or academic endeavors. I have had the privilege of being mentored by brothers who hold and have held executive offices within large corporations, Brothers who own several businesses and brothers who have held political offices. Being in this position has shown me how important having a solid network is.

As the usage of social media and platforms continue to increase it is imperative that our organizations and chapters be mindful of how they present their organizations to the public. I’ve noticed that many times chapters put their own agenda ahead of that of the organization. There should be more definitely be more coverage of programs that have to do with our organizations core values rather than the social things that we do on social media.

Watch The Yard is important to Black Greekdom because it presents a platform for our organizations to publicize the positive things that we do within our communities. Not only does Watch the Yard praise those for their “lit strolls and steps” but does the same if not more for orgs that are making a positive impact on their yards or in the lives of the surrounding youth. I think that recognition and praise are important because it promotes healthy competition for a good cause.

To me brotherhood is bond that you share with another man based on the same or similar experiences. Because these experiences I have received examples of  support mentally, emotionally, physically and even financially from men of Alpha when I have been at some of my lowest points in life. That unconditional love and support is what I call brotherhood. 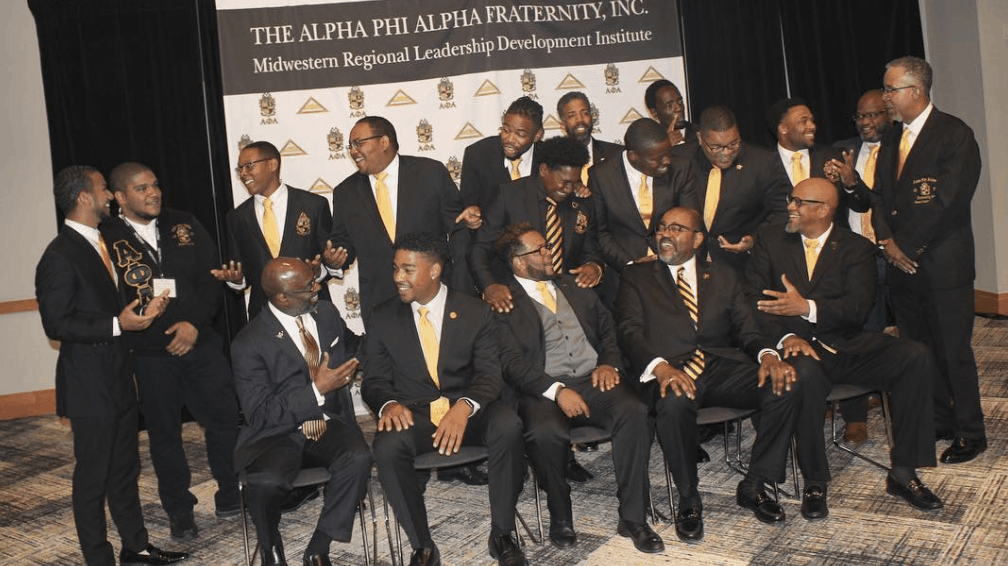 After graduation, I plan on attending Howard University School of Law to become an attorney. I would also like to get more involved with education policy and work towards increasing opportunities for students of color to attend institutions of higher learning.

We at Watch The Yard would like to thank Roderic Rooks II and the brothers at Alpha Phi Alpha including Henry A. Stewart, the fraternity’s Chief Communications Officer,  for making this interview possible.

Share this on Facebook and let’s celebrate Roderic and the brothers of the Midwestern Region of Alpha Phi Alpha.