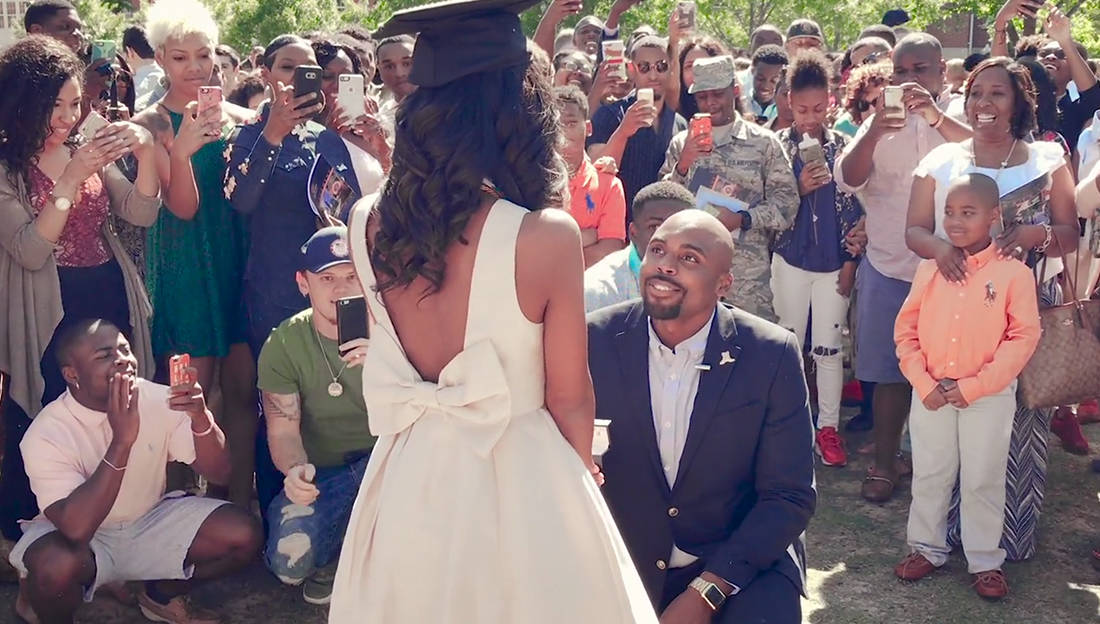 There are few things that we at Watch The Yard love more than seeing members of Black fraternities and sororities tie the knot, so when we came across this video of an Omega proposing to his Alpha Kappa Alpha girlfriend at Auburn we knew we had to share it.

Omega Psi Phi Brother Devante Brown(Sigma Delta Chapter) teamed up with Fwd Digital Productions to document his proposal to his longtime girlfriend, Jasmyne, who is a member of the Kappa Chi Chapter of Alpha Kappa Alpha Sorority, Inc. For the proposal, the young brother surprised his soon-to-be fiancé right after her she received her BA in Industrial and Systems Engineering at Auburn University in Alabama.

As the AKAs finished singing their hymn in a circle around her, Devante parted the crowd and got on one knee and she said YES!