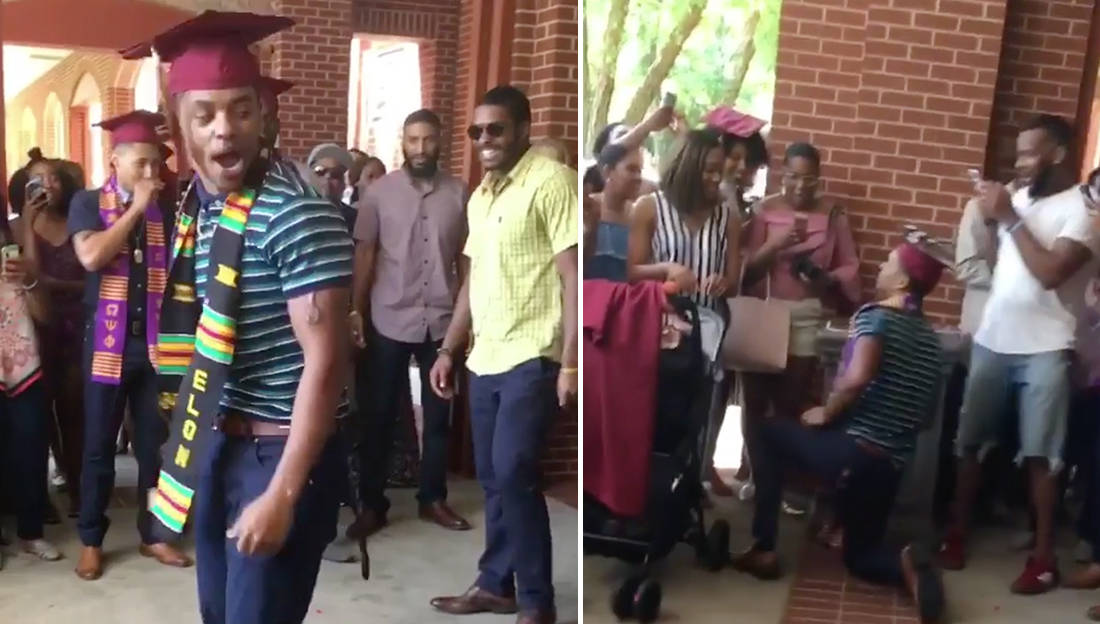 This year, we at Watch The Yard have come across some amazing Black fraternity and sorority proposal videos but this one is for the books!

During a hop show performed right after his graduation from Elon University, Adrian Williams, a member of Omega Psi Phi popped out of the hop formation in his cap and gown, got down on one knee and proposed to his girlfriend Bria Turner, a member of Alpha Kappa Alpha.

The video has since gone viral, been covered by the local news station, and been shared thousands of times on social media.

According to MyFox8 who covered the story, “Turner is a 2016 graduate of Elon University and former track athlete. She’s currently a case manager for Alamance County’s Community Service Agency. Williams, a former football player, earned his degree in strategic communications Saturday and starts working with the Lenovo LASR program next month.”

Here is a story the local news station did about this video going viral:

The couple plans to get married this year.