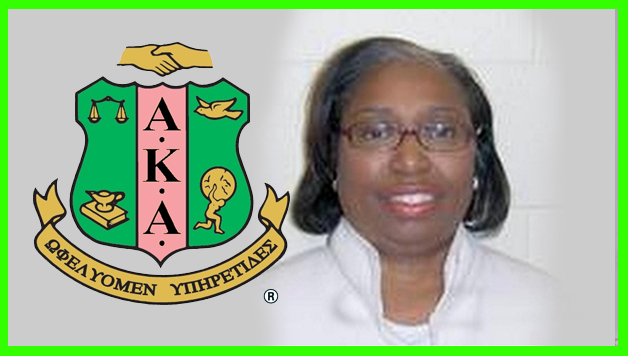 While we have already reported about the tragic deaths of the Honorable Clementa C. Pinckney of Alpha Phi Alpha and Rev. Sharonda Coleman-Singleton of Alpha Kappa Alpha in last night’s church shooting at Emanuel AME Church, it turns out that one more member of Alpha Kappa Alpha was also killed.

Soror Cynthia Graham-Hurd, an employee of the Charleston County Library has now been named as one of the victims of the Wednesday night shooting.

Cynthia worked for the Charleston County Library for 31 years and happened to be the sister of former North Carolina senator Malcolm Graham.

“My sister, Ms. Cynthia Marie Graham-Hurd, was a victim of the senseless hate crime at Emanuel AME Church. It is unimaginable that she would walk into church and not return,” former Senator Graham said in a statement Thursday. “But that’s who she was – a woman of faith. This is a very difficult time for our family, and Cynthia will be sorely missed.”

“Our family is close-knit, and our faith will see us through. I also extend condolences to the other families of Emanuel AME Church and the city of Charleston who have been affected by this inconceivable tragedy,” he continued. “My family and I appreciate the thoughts and prayers from people across North Carolina and South Carolina.”

The Charleston County Library posted a their condolences on their Facebook page Thursday afternoon.

“Charleston County Public Library is saddened to confirm the loss of one of our own in Wednesday’s shooting at the Mother Emmanuel AME Church. St. Andrews Regional Manager Cynthia Hurd, a 31-year employee of the library who dedicated her life to serving and improving the lives of others, was one of the nine victims killed in this senseless and tragic shooting,” they posted.

“Prior to being the manager at St. Andrews Regional, she was the manager of the John L Dart Branch. To honor our co-worker and all those lost, Charleston County Public Library’s 16 locations are closed today, Thursday, June 18, 2015.”

According  to the New York Times, the shooter, a caucasian man in his early 20s walked into Emanuel African Methodist Episcopal Church, a historic African-American church in Charleston, South Carolina, spent an hour in a prayer meeting, and then opened fire, killing nine people. Before killing them he screamed, “I have to do it. You rape our women and you’re taking over our country. And you have to go.”

We at WatchTheYard.com have reached out to Alpha Kappa Alpha’s administration and are currently waiting on a statement. This is a horrible atrocity and we would urge all of you to keep the families of those affected, including the families of Soror Cynthia Graham-Hurd, Soror Sharonda Coleman-Singleton, and their sisters of Alpha Kappa Alpha in your prayers.