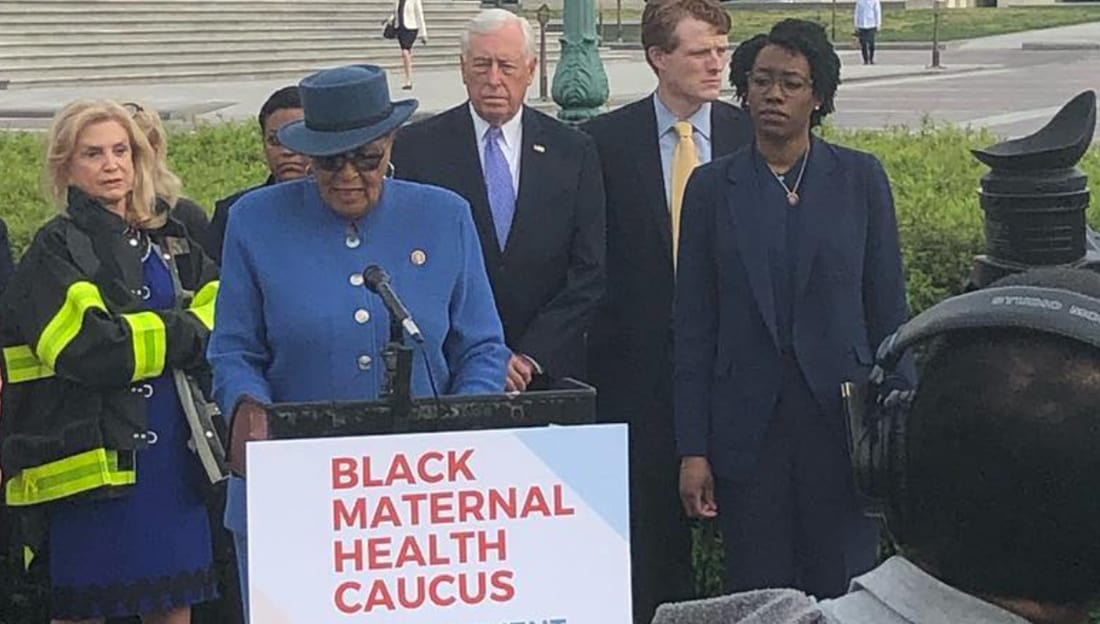 In April, Congresswomen Alma Adams (NC -12) and Lauren Underwood (IL-14) launched the Black Maternal Health Caucus with the goal of raising awareness within Congress to establish Black maternal health as a national priority, and exploring and advocating for effective, evidence-based, culturally-competent policies and best practices for health outcomes for Black mothers.

“The statistics around black maternal health are horrifying, and they haven’t improved in thirty years as maternal health outcomes overall have worsened. But this issue extends beyond statistics for too many women and families, it’s their reality,” Rep. Underwood stated.  “This issue demands unique Congressional attention and I’m so proud to lead this effort with Congresswoman Adams to elevate black maternal health as a national priority and explore and advocate for effective, evidence-based culturally-competent policies and best practices. The status quo is intolerable, we must come together to reverse current trends and achieve optimal birth outcomes for all families.”

“Racial disparities in maternal health have not improved in three decades. Regardless of educational attainment and income, Black women and their children are at risk.” Rep. Adams stated. “As a Black mother and grandmother, I’m proud to launch the Black Maternal Health Caucus to ensure that Black women and infants have the rights, respect and resources to thrive before, during, and after pregnancy.”

We at Watch The Yard commend these two congresswomen on their work to protect Black mothers and their children. The work they are doing is extremely necessary,  important and saves lives.