“Alpha Kappa Alpha does not condone the violent activities in Charlottesville by white nationalist groups,” Buckhanan Wilson said. “We ask that everyone heed the request by Gov. Terry McAuliffe to disband and leave the area. We urge all Americans to join us in condemning racial hatred and the actions of these groups over the past few days.”

Buckhanan Wilson went on to say, “The Sorority calls on Virginia law enforcement officials and United States Attorney General, Jeff Sessions to take immediate action by conducting a thorough investigation leading to criminal charges for the perpetrators of the appalling car crash into the crowd of protesters and other violence committed during the rally. We are concerned about the loss of life and numerous injuries, resulting from this deliberate action. We extend condolences and prayers to all victims of this domestic act of terrorism.” 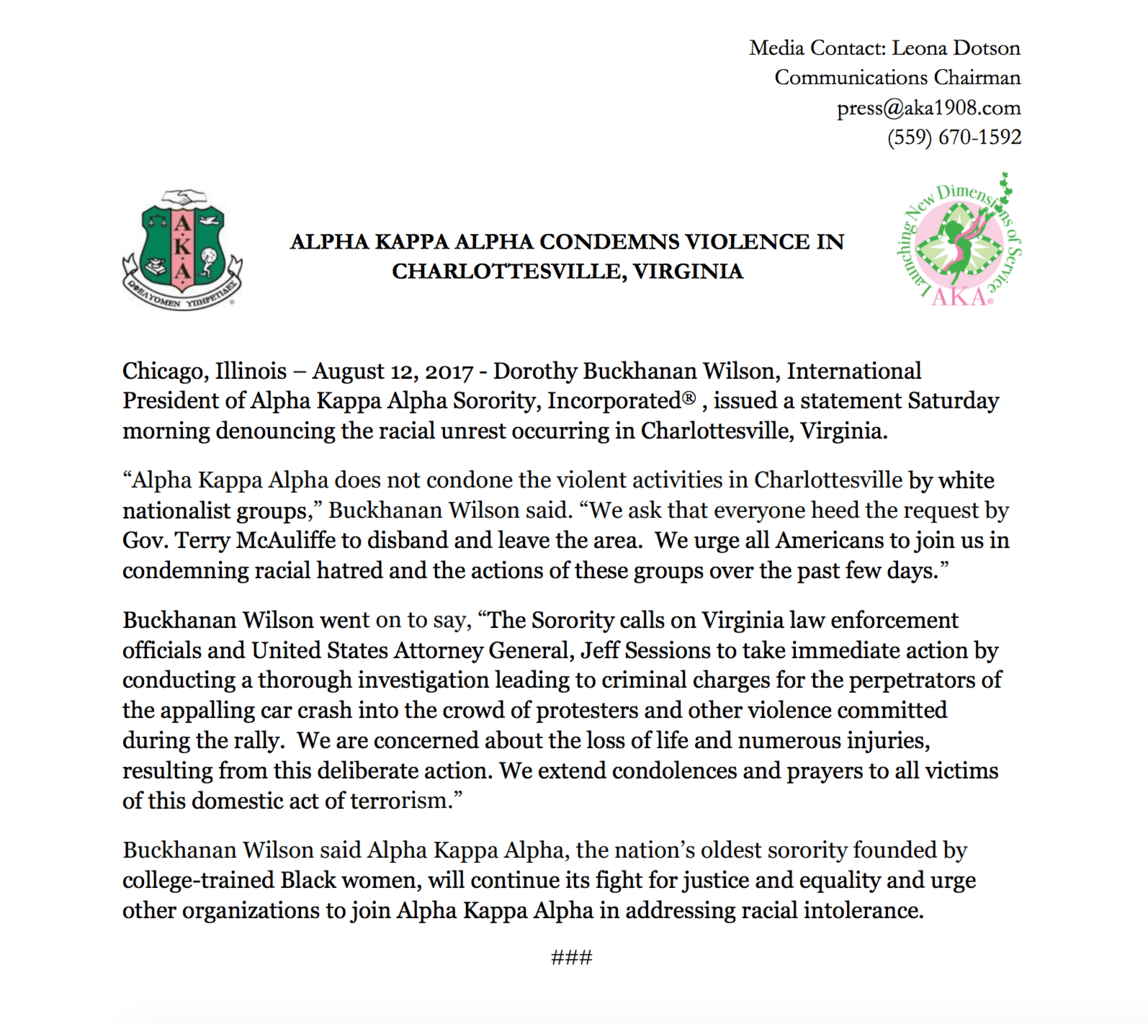