Dean was caught in a crossfire at a Miami Gardens, Fla., house party Saturday night. According to reports, she arrived at the party around 11pm and was shot after a fight broke out. She was then taken to a local hospital where she died.

The 23-year-old had just graduated from Nova Southeastern University with a degree in nursing just weeks ago. She was preparing for a bright career and according to her family, she had been “studying intensely to take the state board exam to become licensed as a Registered Nurse.”

Since her death, her sorority sisters, family and friends have started the #RIPalex hashtag on social media where they are sharing their memories, thoughts and condolences. They have also set up a GoFundMe campaign to help pay for funeral costs where members of the sorority have helped raise over 1,800 dollars in the last 24 hours.

“Those of you that know Alex closely may also know that she lost her grandfather exactly one week prior to her passing and was heartbroken that she was unable to travel to Jamaica sooner to be with him in his last days,” the GoFundMe states.  “The emotional burden that Alexandra’s mother, who is a Registered Nurse is carrying with the loss of her own father and daughter within a week is more than most of us would dare to imagine.”

We ask that you keep the family, friends and sorority sisters in your thoughts. We also ask that you leave your condolences and memories of Alex in the comment section below so that her family can see how much she meant to all of us. Even if you never met her, we are sure that when the family sees this, it will mean something to them

It is time we have some serious talks about gun violence in America.

Click on the arrows below to see pictures of Alex as well as posts that people have left in remembrance of her. 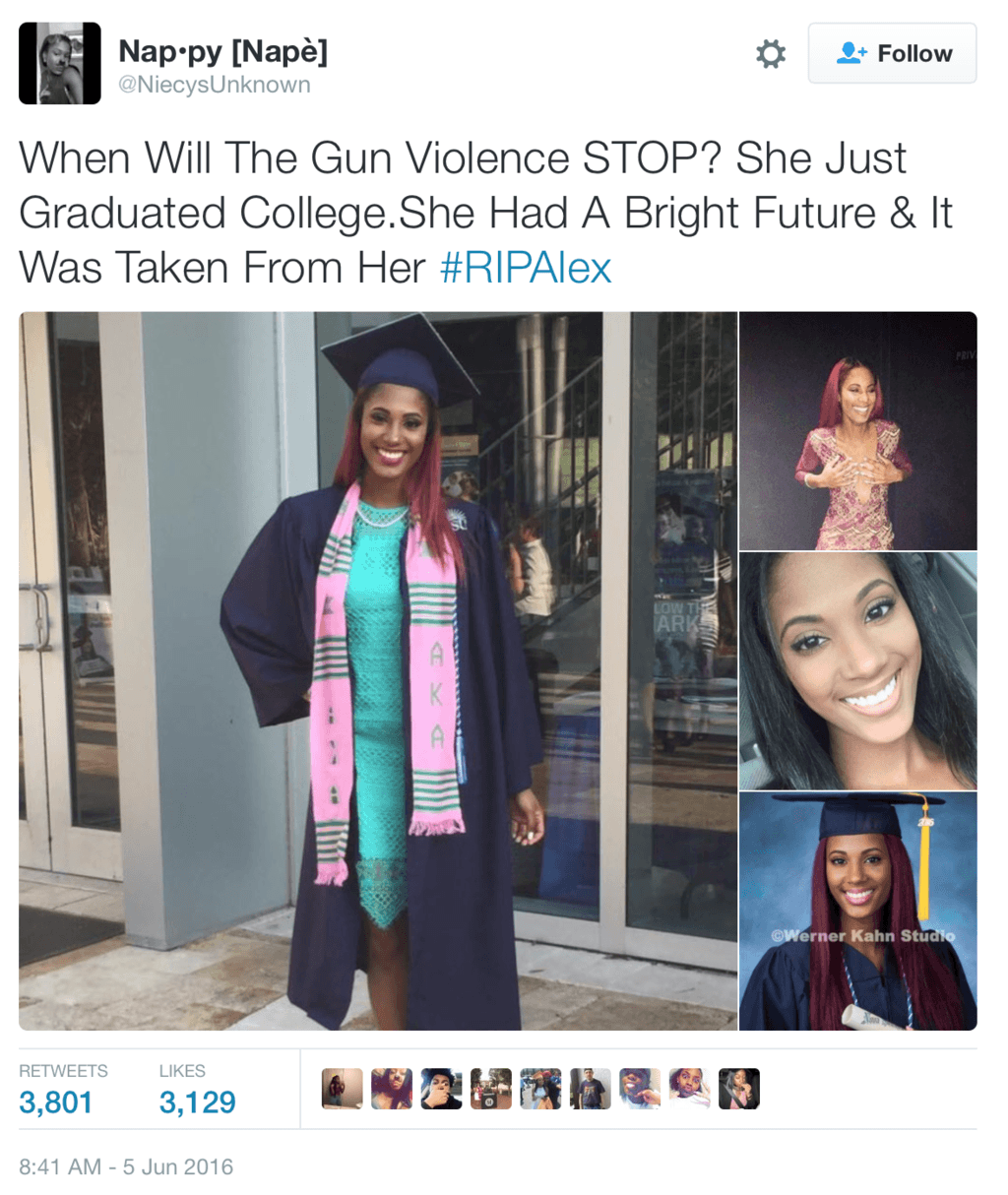