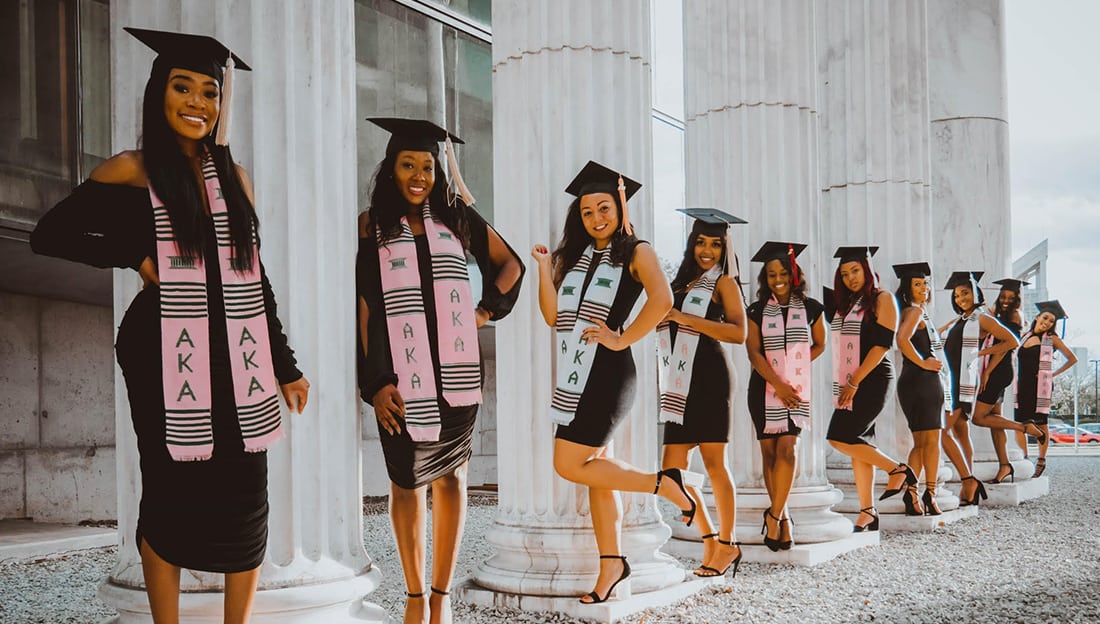 The women of the Theta Chapter of Alpha Kappa Alpha at THE Ohio State University celebrated their Spring 2018 graduates by doing a beautiful chapter photoshoot.

These graduates follow in the footsteps of a long legacy of AKAs at Ohio State. The chapter was chartered in 1921 and celebrated its 97th anniversary this year.

“Congratulations to the 2018 graduates of Theta Chapter!” the chapter wrote in a social media post celebrating their graduates. “The hard work and dedication each of you put into making sure our chapter lived up to its fullest potential did not go unnoticed. While the chapter meetings won’t be the same without you, we know you all are on your way to do amazing things. Continue to thrive and shine as Theta and Alpha women do. Never forget we’re only a call / visit away.”

Read their bios and take a look at their beautiful photos that were shot by TP Cinematograph below:

Dominique Johnson graduated with a Bachelor of Arts in Public Affairs Journalism with a minor in Media Production & Analysis. Dominique has a vast amount of experience and expertise within her field, including obtaining an internship this past summer as a Production Editorial Intern with CBS Sports in New York, and a Casting Intern at Paramount Pictures in Los Angeles during the summer of 2016. During her time at Ohio State, she was a member, former Vice President and Soprano Section Leader of the African American Voices Gospel Choir, a 2015 Inductee to the Buckeye Leadership Fellows Cohort, and the sole chair for the 2018 Gospel Fest, a part of the University Signature Event, the 40th Annual African American Heritage Festival. She also served as an Ohio State University American Sign Language Department Service Site Leader, a Communications Intern in the Office of Diversity and Inclusion, a Student U Production Intern with Big Ten Network, and member of the T. Howard Foundation Final Talent Pool of 2016 and 2017. Dominique will spending her summer traveling and searching for full-time positions while she launches her multimedia platform/ business, My Voice is Freedom: A People’s Tribune. (@nique_nicole_) 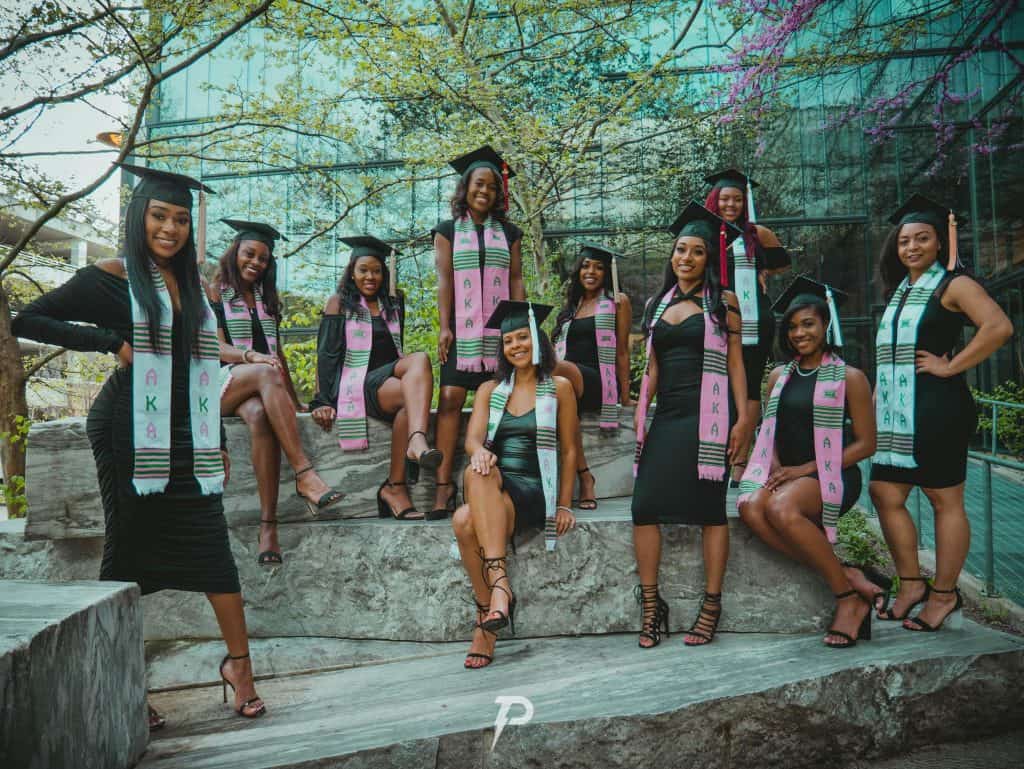 Iman Eaton graduated with a Bachelor of Science in Fashion and Retail Studies. She was an Office of Diversity and Inclusion scholarship recipient having full tuition covered during her time at OSU. She also served as a mentor and program coordinator for Ladies of Leadership which is a student organization that helps bring women of color on campus together. She also worked for the Office of Admissions as a Diversity Ambassador which included giving campus tours, helping students with college applications, and speaking on student panels. She served as a volunteer for Dress for Success Columbus and participated in the Grow Explore Mentor program at Ohio Avenue Elementary. She also served on the executive board and as the President of the Black Retail Action Group. Iman was a 2017 participant of their internship program, working for Belk. While looking actively for assistant buyer positions this summer, she will also be perfecting her craft as a makeup artist and is interested in collaborating with and being mentored by makeup artists in the Atlanta area. (@mawni17)

MiChaela Barker graduated with a Bachelor of Science in Public Health: Environmental Science on the pre-medical track. MiChaela will be taking a gap year before she applies to medical school. During her time at The Ohio State University, MiChaela has received numerous accolades, such as being a full ride Morrill Scholar, a Louis Stokes Alliance for Minority Participation Scholar, volunteer at The James Cancer Hospital, a three-time research assistant for Public Health and Psychology research projects specializing in medical literacy and empathy and interracial relations, President of The Minority Association of Pre-Medical Students, African American Homecoming Queen, Miss Black and Gold, Sorority and Fraternity Life University Engagement Award Winner, 2018 Leadership Fellow of Alpha Kappa Alpha Sorority, Incorporated., 2018 Ohio State University Outstanding Senior, and a member and Secretary of SPHINX Senior Honorary, the oldest and most prestigious honorary at The Ohio State University. During her gap year, MiChaela will be working as a Research Assistant and Program Manager for Nationwide Children’s Hospital within the Community Wellness and Infant Mortality Department. MiChaela will also be launching her business, “Melanin In Medicine” as well as continuing to create and release music under her stage persona Bella Reign (@thebellareign) 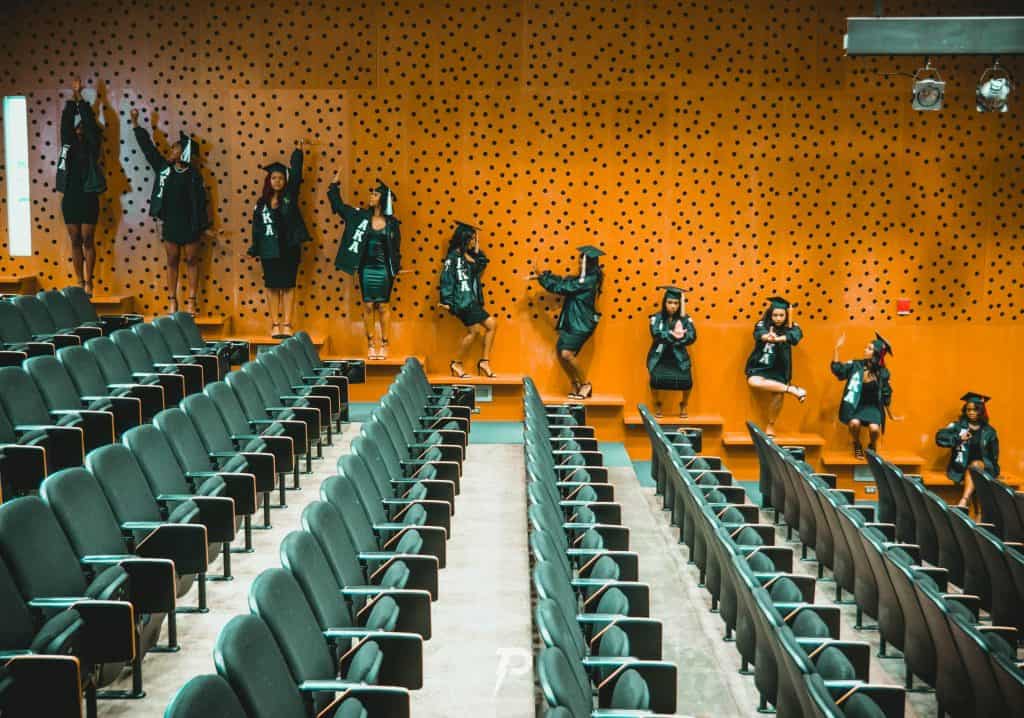 Morgan Aaron graduated with a Bachelor of Science degree in Business Administration, specializing in Finance with a minor in Retail Studies. During her time at The Ohio State University, she served as President of the Council of Black Students in Administration, a collegiate chapter of the National Black MBA Association. She also served as Treasurer of Theta Chapter of Alpha Kappa Alpha Sorority, Incorporated and Marketing Chair of the Black Retail Action Group. She has been recognized as a Morrill Excellence Scholar all four years of her undergraduate career. After interning in New York City last summer with Global Brands Group, Morgan plans to pursue a career in the corporate retail industry and obtain her MBA in Strategy in a few years. (@realmorganaaron)

Bria Mosley graduated Magna Cum Laude with a Bachelor of Science in Business Administration. Recognized as a Pace Setter she was named the top 1% in the Fisher College of Business. She’s a Morrill Scholar, an MLT fellow and recognized as one of the Best and Brightest business students in the country. As far as leadership positions, Bria served as the the VP of the Undergraduate Business Council, the President of the Council of Black Student in Administration and a mentor in College Mentors for Kids. In addition to other internships she held with MediaSource and OSU Athletics, she had an internship with PepsiCo this past summer in Dallas, TX as a Brand Marketing Intern and was also a Google Brand Ambassador. She will be working full time for Salesforce as a Solutions Engineer Scout. (@aslivedbybria)

Nia Coleman graduated Cum Laude honors with a Bachelor of Science in Business Administration, marketing specialization and leadership studies minor. She will be working for Adobe’s Marketing/Experience Cloud as an Associate Solutions Consultant in New York City after interning in their San Francisco office last summer. Nia was extremely involved during her time in undergrad. After traveling to both Grand Goave, Haiti and Cape Town, South Africa for missionary and service work, she was a Morrill Scholar and held numerous campus positions including Vice President Of Theta Chapter, VP and Director of Marketing in Council of Black Students In Administration, Google Brand Ambassador, chair on the African American Heritage Festival committee, an MLT Fellow, and a fellow in the Emerging Leaders Institute all while volunteering as a mentor to high school students and working one or two jobs. Nia plans to attend graduate school in pursuit of her MBA in the near future. (@niabadu)

Kyla Johnson graduated with a Bachelor of Science in Neuroscience with a Behavior and Systems Specialization on a pre-medical track. During her time at Ohio State she was the secretary for Theta Chapter and served on the 39th and 40th African American Heritage Festival Planning Committee, a Signature Event at the University that celebrates and educates the campus and Columbus community on African American culture (http://heritagefestival.osu.edu). As an undergrad, Kyla worked in Dr. Tamar Gur’s Lab studying the effects of transgenerational transmission of depression and anxiety from mothers to their offspring. She also volunteered at Mount Carmel West hospital and served as a Columbus City Schools Senior Mentor. Kyla was able to accomplish the following while maintaining multiple on and off-campus jobs, working close to full-time to finance her college career. She will be taking a gap year and is looking for full-time research positions before pursuing her MPH and MD. Kyla hopes to incorporate her background in mental health in bridging the gap in healthcare. (@kylajohnsonn_)

Faith Gamble graduated with a Bachelor of Arts in New Media and Technology Communications. She started her involvement freshman year with the Fisher Citizenship Program, which focuses on freshman pursuing business degrees and guides them through their 1st year in The Fisher College of Business. Throughout the course of her four years she dedicated her time to her executive board positions in FCP and in her senior year was elected president. Faith was a mentor in the Girl Circle Project, where she would weekly visit a middle school to mentor diverse groups of girls, through the workshops and activities that she custom tailored to their needs. This ultimately allowed the girls to have more pride in themselves and gave them the confidence to fight against the struggles that young women face daily. Faith has strengthened her resume skill sets through her work with PromoWest Productions, IRTS Fellowship, Facebook, Google Allo, and The Ohio State Office of The President. She will be spending her summer traveling and working towards securing a full time position within the music industry. (@faithlena) 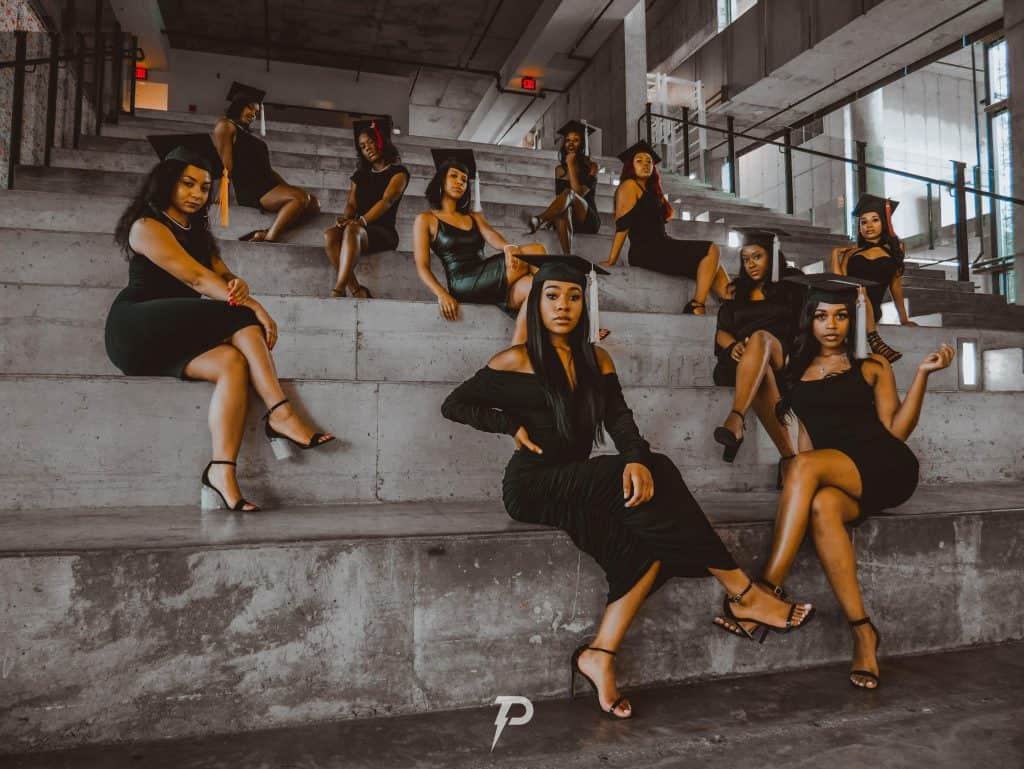 Morgan Mitchell graduated Cum Laude honors with a Bachelor of Science in design, with specialization in Interior Design and a minor in Architecture. During her time at Ohio State, she was a Co-Chair for marketing and communications with Women’s Student Initiatives, a student member of IIDA (International Interior Design Association), an Ohio State Architecture Scholar, member of the National Society for Collegiate Scholars, and a counselor for the High School Design Studio of  Camp Architecture. For three years she also worked for The University Libraries as a communications assistant, creating digital media for the 13 library locations on campus before she began a year-long internship with LBrands where she worked as a Senior Store Design Intern for Victoria’s Secret. At LBrands, she was able to work on international projects, including a recently opened flagship store in Beijing where she created a custom design for a chandelier. In her senior year, Morgan won Best In Show for her senior capstone project, The Bridge, which was a design for a “Student Maker-Space” that would allow middle school and high school students in the Franklinton-Columbus area to learn design skills through working apprenticeships to keep them engaged in regular curriculum, while educating them about alternative paths to successful futures. After graduation she will be working as a designer for Triad Architects, a firm based in Columbus, Ohio. To View featured work such as The Bridge, the Victoria’s Secret Chandelier and more, please visit, https://morgantmitchell.wixsite.com/portfolio (@ittakesheart)

Morgan T. Morrison graduated with a Bachelor of Science in Neuroscience with a Behavior & Systems Specialization and a minor in Social Psychology. During her time at Ohio State, she conducted research on Metastatic Breast Cancer and on Stereotypes & Prejudices. She recently presented research about how Stereotype Threat affect women in STEM at the Denman Research Forum. She was a Chemistry peer mentor, a 2018 Homecoming Coordinator, a Resident Advisor and had leadership positions in Minority Association of Pre-medical Students, the Student-Alumni Council and Humanism in Medicine. She was also a Morrill Scholar and a Martin Luther King, Jr. Memorial Scholar. After graduation she’ll be taking a gap year to focus on youth education and health care in underserved communities and to prepare to get her master’s degree. Hopefully after she’ll matriculate to her dream medical school, Howard University College of Medicine, and become a psychiatrist. (@morgan_taylor20)