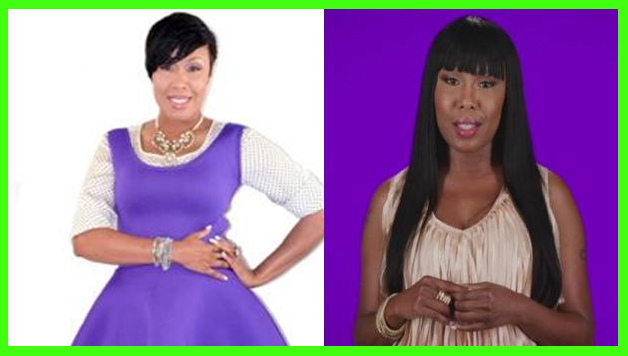 Alpha Kappa Alpha Sorority, Inc., has made the decision to suspend both of the AKAs who star On VH1’s much debated, Sorority Sisters show.

The show, which has received a great amount of criticism online and has even incited protests in front of VH1’s offices, has been seen by many as an exploitation of both Black women and the histories of their honored sororities. Both of the women who star as members of Alpha Kappa Alpha on the show, April McRae and Rwanda “Joy” Hammond, have now officially been placed on the “suspended members” list on Alpha Kappa Alpha’s national website.

According to the website, their suspension start dates are listed as 12/26/2014 and will end on 07/15/2016. According to the rules, suspended members are not be allowed to attend official sorority events or wear sorority paraphernalia during their two year suspension.

In an interview before the show started, April stated that she had spoken with corporate to make sure that she was not defaming them in any way, but it does not look like they were satisfied. Currently, both cast members have stated that they have received death threats from people online and have even had people try to confront them in front of their homes.

We at WatchTheYard.com do not condone any violence or threats and feel that these actions need to be stopped immedeiatly. We believe Alpha Kappa Alpha has made the correct move by disciplining their members with suspensions for participating in this show.

Below you can see the official suspension status from Alpha Kappa Alpha’s national website: 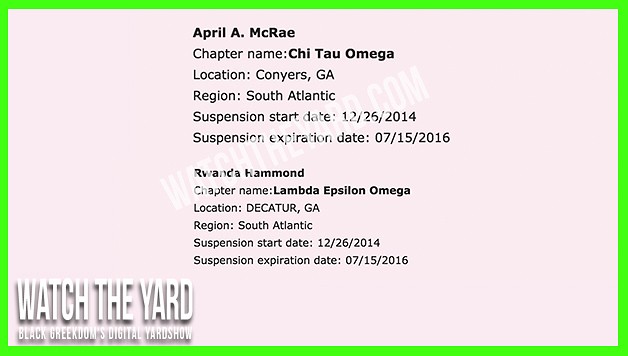