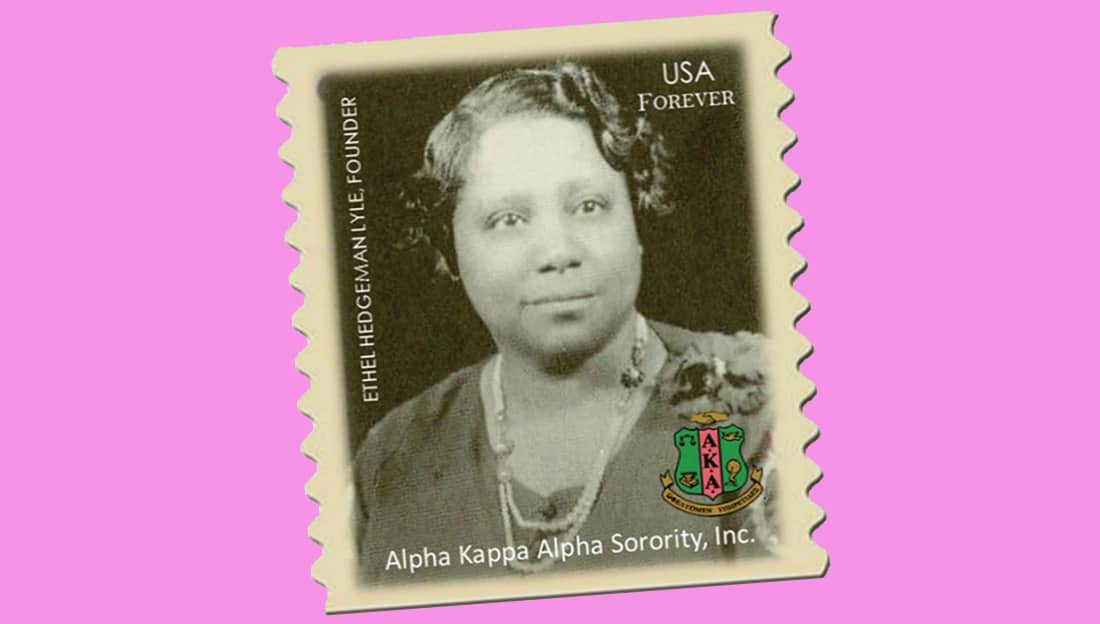 The women of Alpha Kappa Alpha Sorority Inc. have named March 15th, 2018  “She Deserves a Stamp” Day as a way to petition the US Postal Service to make an Ethel Hedgeman Lyle Stamp in honor of their founder.

In September, the International President of the sorority, Dorothy Buckhanan Wilson, sent a letter to the Citizens’ Stamp Advisory Committee submitting Ethel Hedgeman Lyle for consideration for a 2019-2020 United States Postage Stamp along with 110,000 signatures in support of the stamp.

According to the sorority’s Instagram account, March 15th will be a large social media push to raise awareness for the stamp. The sorority is asking those who support the stamp to post the following image between 9:08am and 7:08pm, tagging elected officials along with the hashtag #SheDeservesAStamp. 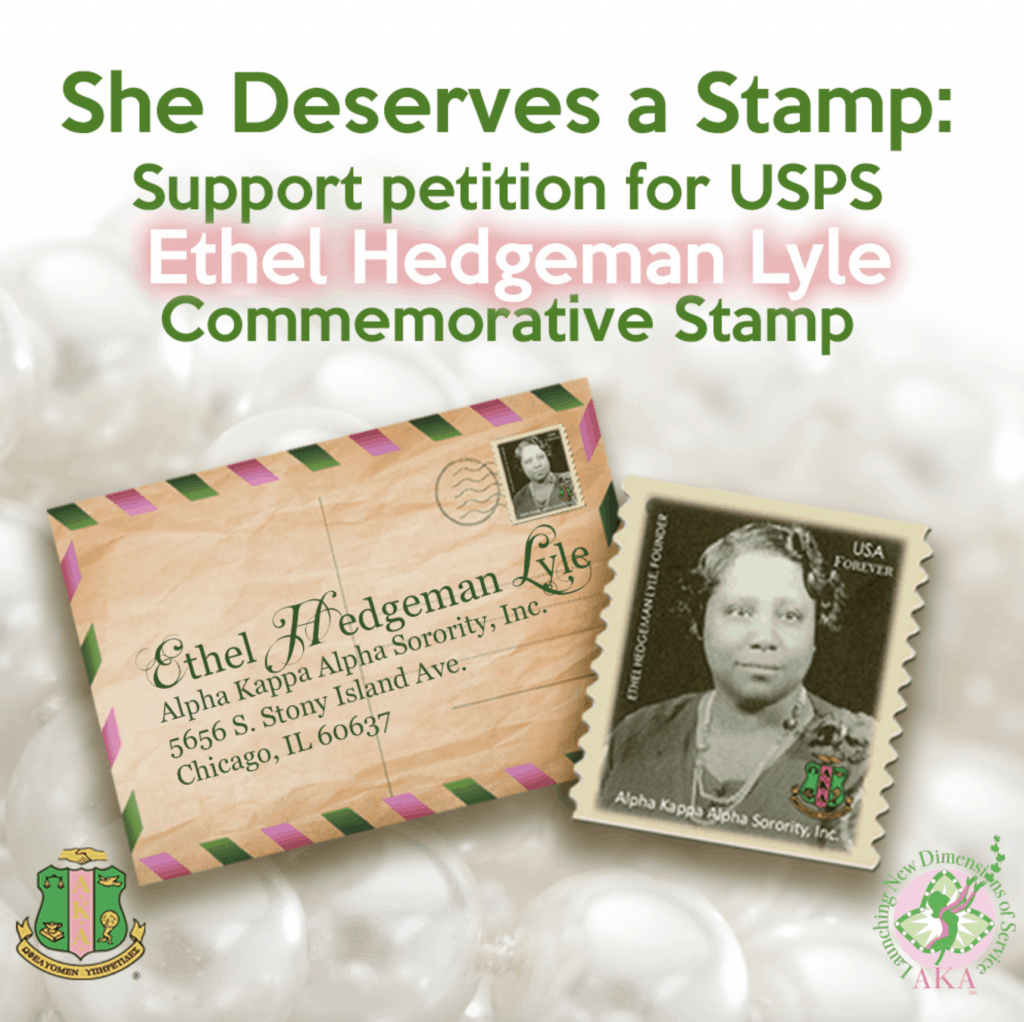 “Ethel Hedgeman Lyle is one of those rare individuals who brought her vision to life in a way that has continued well past her own lifetime,” the sorority wrote on its website for the petition. “Her efforts to unite women around shared interests and a common cause served as the model upon which many of today’s organized women’s service groups were—and are being- -formed. Her devotion to serving all mankind (not just some) is another hallmark of her character and belief in the American spirit, despite living in Jim Crow America. And it is because of her life’s work and her subsequent rich legacy, both of which confirm her as a notable history maker and shaper, that Alpha Kappa Alpha Sorority, Incorporated is herewith presenting Ethel Hedgeman Lyle for consideration to be featured on a 2019-2020 USPS Forever Postage Stamp.” 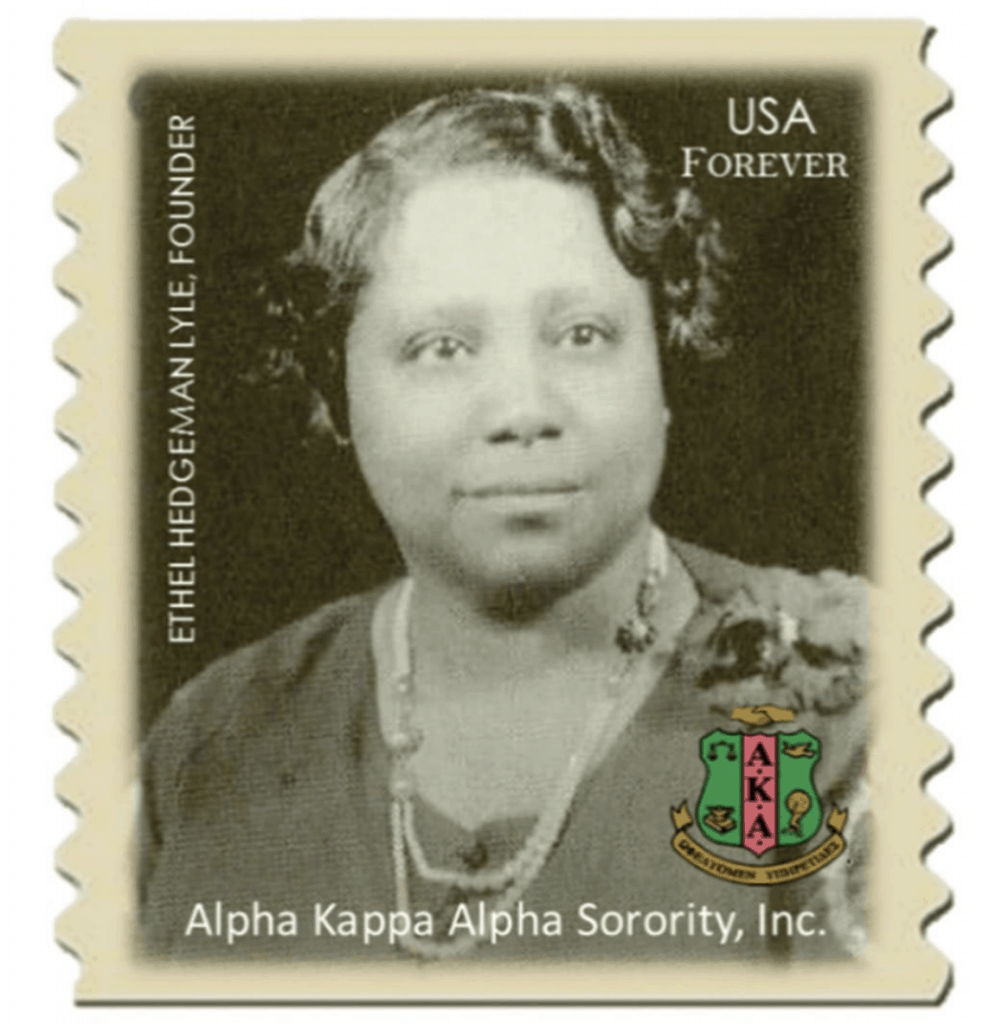 If the stamp gets accepted, Ethel Hedgeman Lyle will join fifteen other African-American women who have been honored by the United States Postal Service before her including Harriet Tubman, Sojourner Truth and Ida B. Wells.

If you support the movement to get Ethel Hedgeman Lyle a stamp, post the image above to your social media account between 9:08am and 7:08pm, tagging elected officials along with the hashtag #SheDeservesAStamp.