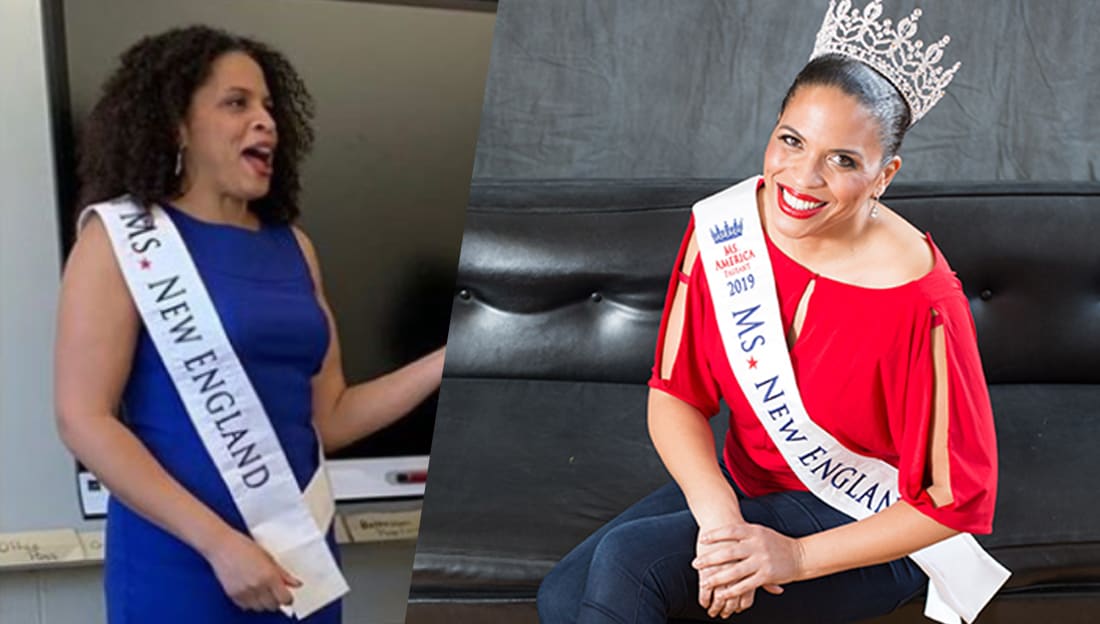 Another first for the women of Alpha Kappa Alpha Sorority, Inc.!

Alpha Kappa Alpha’s very own Alika Hope, was just named Ms. New England America 2019 by the Ms. America® Pageant, Inc. and will be competing for the national title of Ms. America August 22-24, 2019 in California.

Alika is co-founder and president of The Ray of Hope Project, which works with organizations across the U.S. to address issues of social justice through music and dialogue. She holds a B.A. from The University of Notre Dame and an M.A. from Columbia University, she earned a certificate in Diversity & Inclusion from Cornell University. 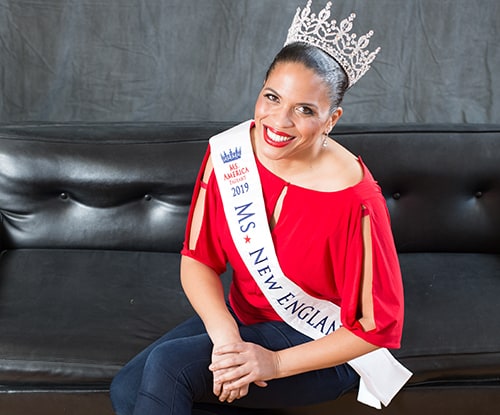 A skilled artist, Akila has traveled extensively as an actress and singer, appearing on stages in New England (Berkshires, Western Mass, Boston, CT, VT), and nationally with Opera Company of Philadelphia, Cincinnati Opera, Chicago’s Navy Pier, Natchez Festival of Music, Oregon Jewish Museum, and other locations. She won a Gold Global Music Award for her album, Hope for a Motherless Child. Ms. Hope is co-host of “CT Perspective TV”, airing on Fox-61.

After becoming a certified clinical trauma professional (CCLP) in 2018, Alika became interested in increasing awareness of the health benefits of laughter. As Ms. New England 2019, her platform focuses on the health and psychological benefits of laughter. “The Laugh of Hope Project” (www.laughofhopeproject.com) is a unique program created by Ms. Hope that brings workshops directly to community organizations. The workshops educate on the connections between laughter and health, help people clearly identify the things that bring them joy and laughter, and how to incorporate more of these things into everyday experiences. 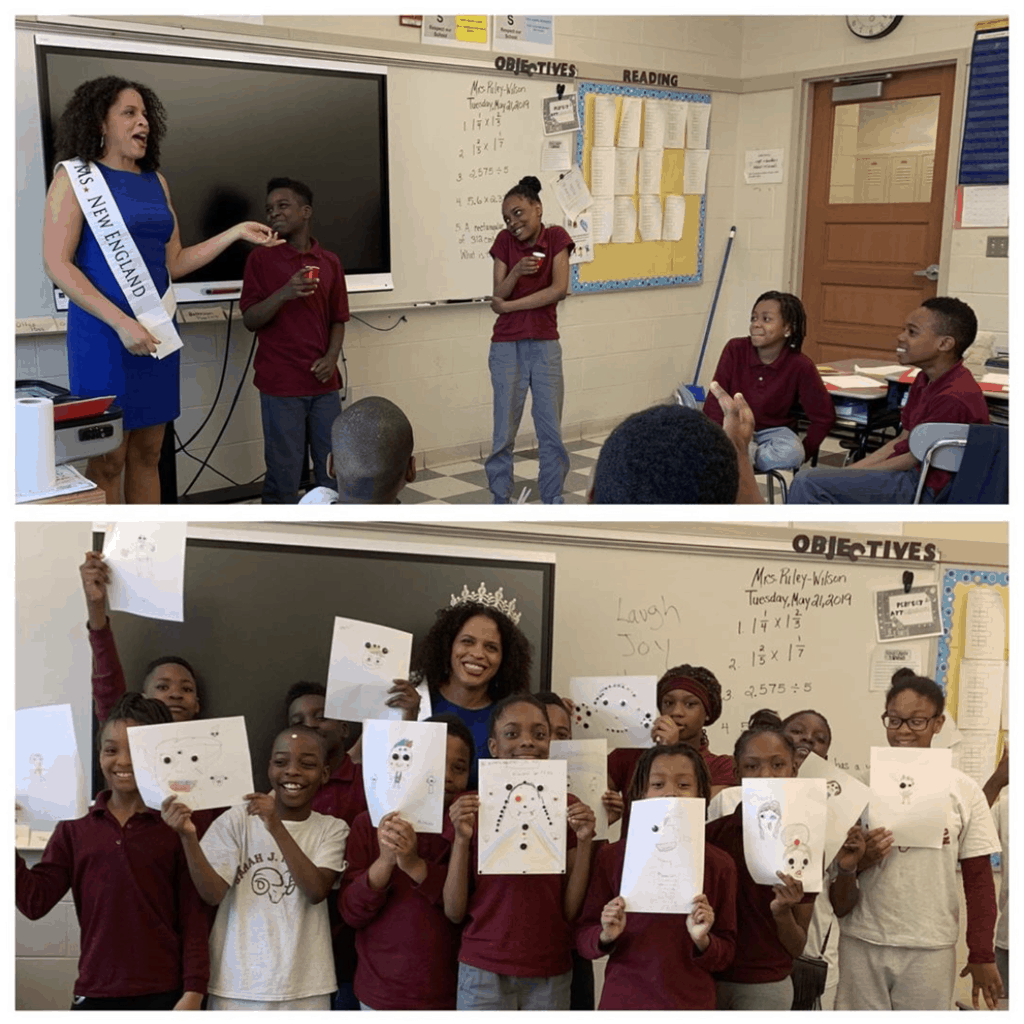 The sorority recently took to social media to congratulate their soror. 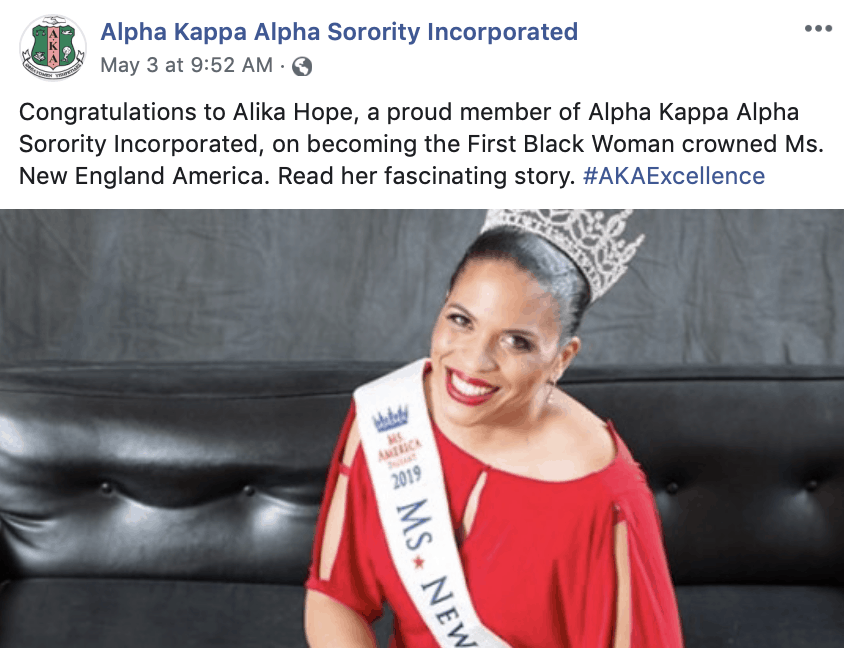